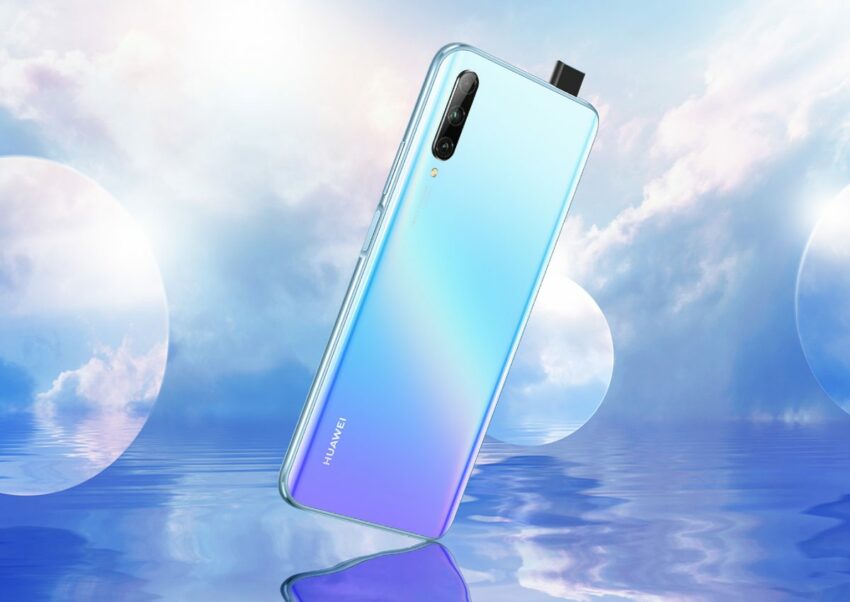 Huawei has been competing with the likes of Apple and Samsung in the smartphone race. Huawei has been launching phones after phones from the budget segment to mid-range segments and premium flagships. Huawei smartphones are very popular nowadays and the consumers in Nepal are increasing day by day in Nepal. Huawei has officially launched Y9s in Nepal. Huawei Y9s is the same as Honor 9X but with only a few changes with Huawei Y9s price in Nepal set for NPR 32,900.

Huawei Y9s comes with a 6.59-inch LTPS IPS LCD display with a 1080x2340p resolution which consists of no notch, no punch-hole or anything whatsoever. The display has protected by glass layered protection and also is very bright, colorful and displays really well-saturated colors. The display can give the user a really nice experience while watching movies, videos, and gaming.

The design of Y9s feels very similar to Honor 9X because of the no-notch display and aluminum frame. The two phones are identical in design but Y9s only lack the X effect at the backside of the phone. The phone has a glossy shiny finish at the back and looks really pleasing to the eyes. At the top left cornerback of the phone, we can see a triple camera setup all aligned vertically supported by an LED flash. The company logo can be seen at the bottom left of the device. At the left edge, we can see a fingerprint scanner mount and volume rockers right above it. At the bottom edge, a 3.5mm headphone jack, Type-C port, and a speaker grill can be seen.

Huawei Y9s sports a triple rear camera setup; 48MP main sensor (Similar to Redmi Note 8), 8MP ultra-wide sensor and 2MP depth field sensor which all are supported by an LED flash. The images that this camera produces are really fine detailed, well balanced and contrasted which makes it look a very high-quality image. The ultra-wide-angle lens helps to take really good wide shots whereas the Night Mode also does its job in a good way. This setup also records video in 1080p at 30fps.

As for the front camera department, Y9s come with a 16MP pop-up camera. The upgraded integrated AI algorithm from Huawei enhances the portrait and focus mode to give a detailed, beautiful and perfect selfies not just in normal light but in low light also. This camera also records video in 1080p at 60fps.

To deliver performance, Huawei Y9s is equipped with Hisilicon Kirin 710F chipset, octa-core processor, Mali-G51 MP4 as GPU and 6GB of RAM which all runs on Android 9.0 Pie skinned with EMUI 9.1. The update of Android 10 can be provided or not hasn’t been told yet and we will only that after the phone launches in December.

The phone will come with 128GB of storage which can be further extended up to 512GB via microSD card slot. The performance that this device would deliver might be impressive on normal use but the device would perform average while doing high graphics work and gaming.

Coming to the battery, Huawei Y9s packs a 4000mAh Li-Po battery (just like Nova 5 Z) which does a really good job when it comes to providing juice for the device. The performance of this battery would be impressive in normal mode but would struggle a bit while doing heavy multitasking and gaming. The battery also doesn’t support fast charging but comes with a 10W charger.

As for connectivity, Huawei Y9s comes with all the necessary and common sensors found in a smartphone in addition to fingerprint scanner mount, USB 2.0, Type-C 1.0 reversible connector and traditional 3.5mm headphone jack port.