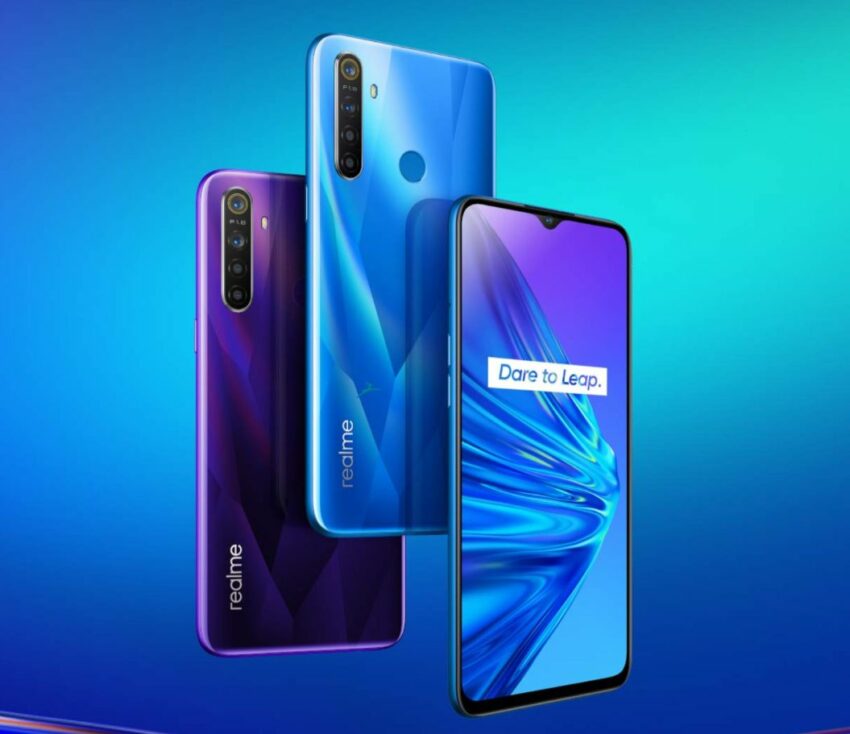 Realme 5 launched on Aug 20th in India, and it has officially landed on Nov 22nd in the Nepali market. And, we have weighed the best it offers and if it’s worth buying or not. 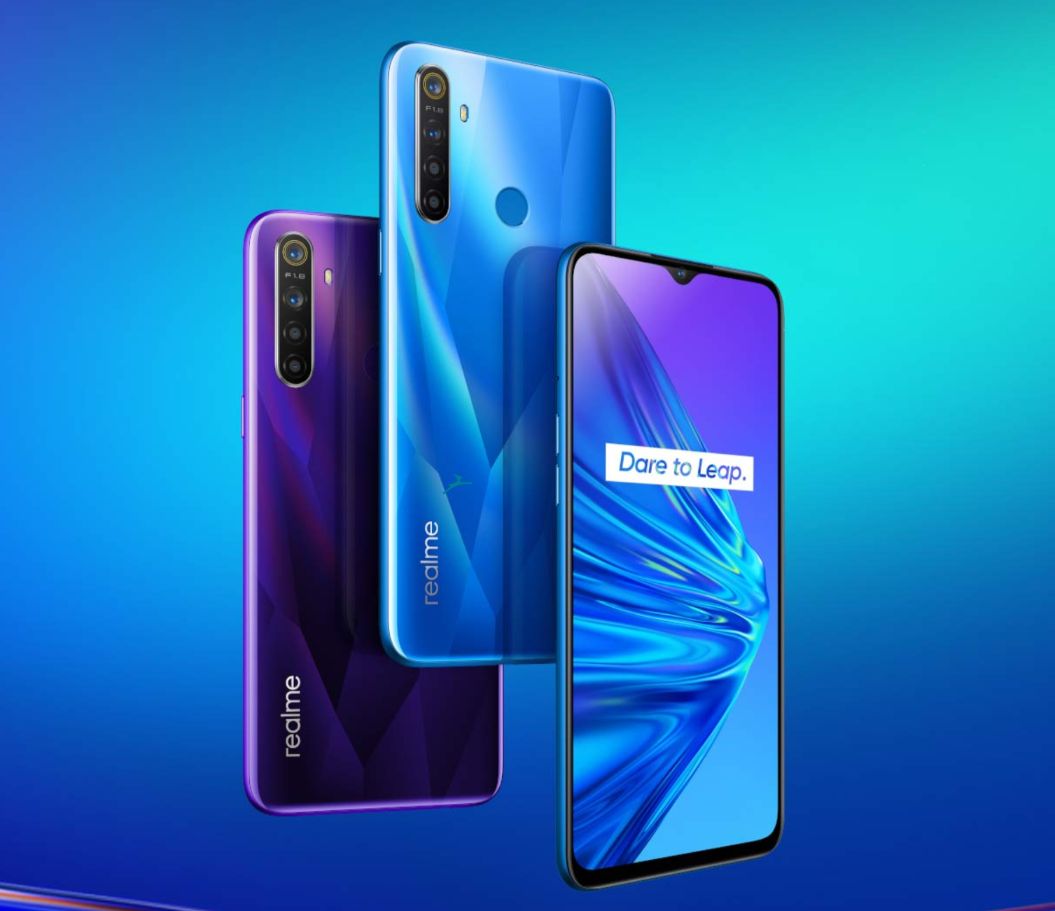 With all those hypes, rumors and leaks, the Realme 5 is finally here along with the “Pro” sibling Realme 5 Pro. Realme 5 is, undoubtedly, one of the most capable smartphones that are available for the price segment of around 20000 and under 25000 in Nepal. The phone is the brand’s first-ever smartphone to sport a quad-camera setup. Besides, Realme 5 has mega 5000mAh and few other mentionable upgrades to its predecessor Realme 3.

Here are the few reasons why Realme 5 could be the next best budget mid-range smartphone.

This quad-camera setup was one of the most talked features of the phone. Even the Realme CEO Madhav Seth tweeted stating the Realme 5 is the most capable phone with quad-camera that comes for just under Rs. 10,000 (in India). This sure makes the phone to be the best one in the camera department for the price under 20000 in Nepal.

The quad-camera setup includes a 12MP + 8MP + 2MP + 2MP to get your photography-game level up and achieve ultimate camera quality for the asking price. 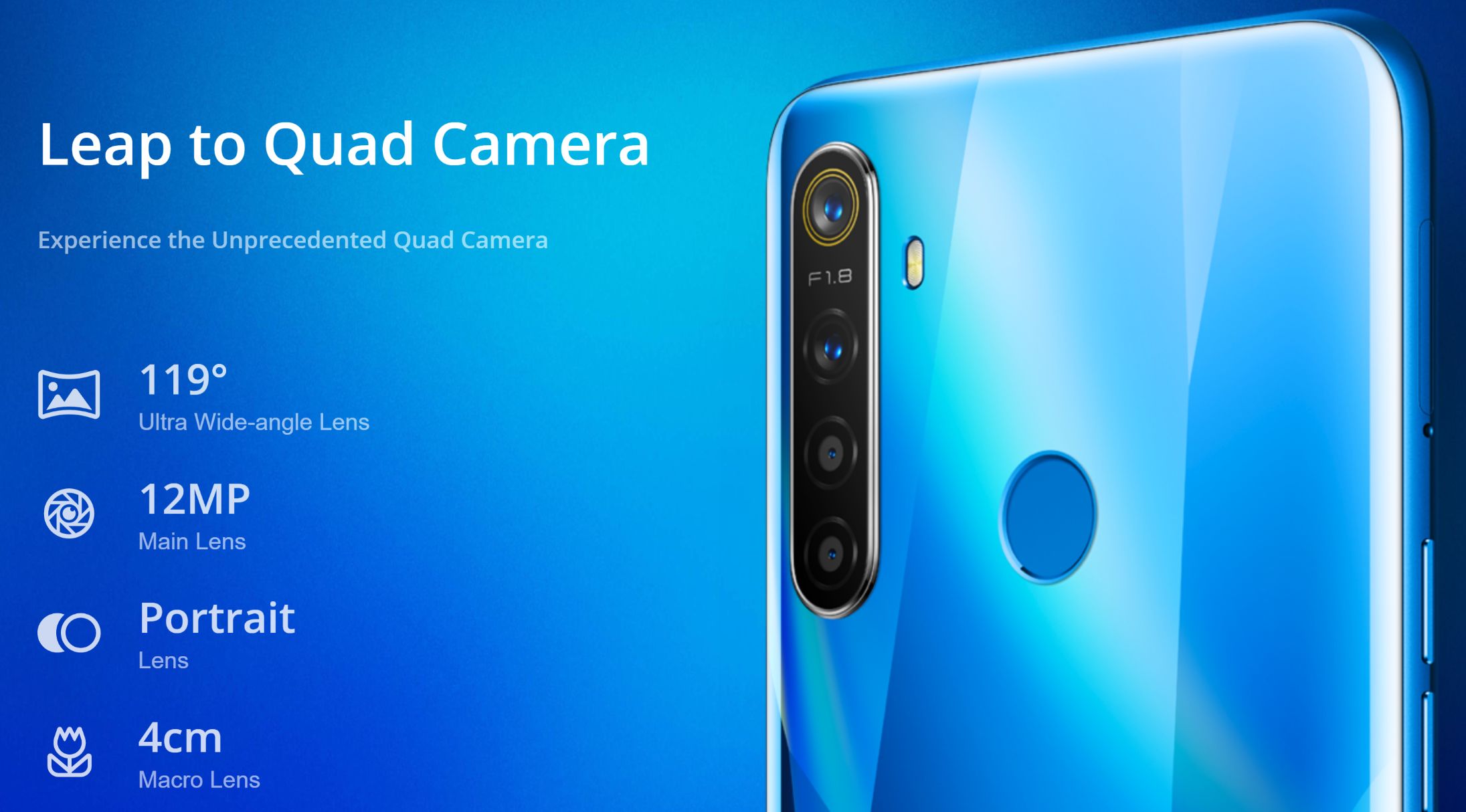 The main camera is a 12MP, coming in f/1.8 aperture, followed by another 8-megapixel ultra-wide angle sensor with a 119-degrees field of vision (FOV) and f/2.25 aperture. Then there’s the third lens of 2-megapixel for portrait shots, and the fourth one is also 2-megapixel but for macro photography. This macro lens can help to get the subject to close from a distance of 4 centimeters.

Apart from this quad-camera setup, the phone has a 13-megapixel AI-enabled selfie camera of f//2.0 aperture on the front. Not to forget, both the rear and the front cameras support EIS (Electronic Image Stabilization) for video recording.

Though plastic in material, Realme has always experimented with the rear panel aesthetics and showcased plastic can also look gorgeous. This time, with the Realme 5, the rear panel features “All-New Plastic Design” with a diamond pattern carved. Besides, the phone has a rear-mounted fingerprint scanner on the back, center-aligned. 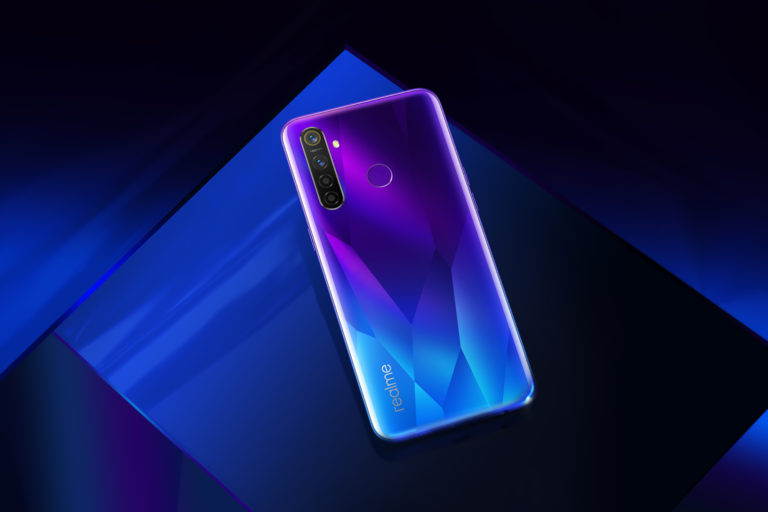 On the bottom edge, the device has a 3.5mm headphone jack intact and accompanied by microUSB 2.0 and speaker grill.

Speaking of the display, sized at 6.5 inches, the Realme 5 proves itself as the successor to Realme 3 with a little larger 82.7% screen-to-body ratio, 720-by-1600 HD+ resolution, and 20:9 aspect ratio. This front screen is protected by Corning Gorilla Glass 3+. On the top, there is less intrusive dewdrop notch and a little chin on the bottom.

The Realme 5 packs upgraded Qualcomm Snapdragon 665 chipset of 11nm architecture under the hood, which is both powerful and power-efficient than Snapdragon 660. This octa-core SoC is clocked at 2.0 GHz, making playing high-end games like PUBG seamless and lag-free. Software-wise, the phone runs on Android 9.0 Pie with ColorOS 6.0 skin on the top and should receive the upcoming ColorOS 7 based on Android 10 in Q2 of 2020.

Other than the quad-camera setup, the device has praise-worthy 5000mAh battery capacity. In fact, this one is the largest battery any Realme phones had in the past. The company claims the phone has 29.9 days of standby battery life and can run 8.5 hrs of PUBG gaming, 19.1 hrs of YouTube watching, 30.8 hrs of music play, and 46.9 hrs of calling time. However, to the downside, it lacks fast charging support, with only 10W charging onboard.

Realme 5 Price in Nepal and Availability

Realme 5 was just launched on Aug 20th in India and has officially launched today (on Nov 22nd) in Nepal.

What do you think about this feature-packed Realme 5? Is it priced more than it should have been? Let us know in the comments down below.