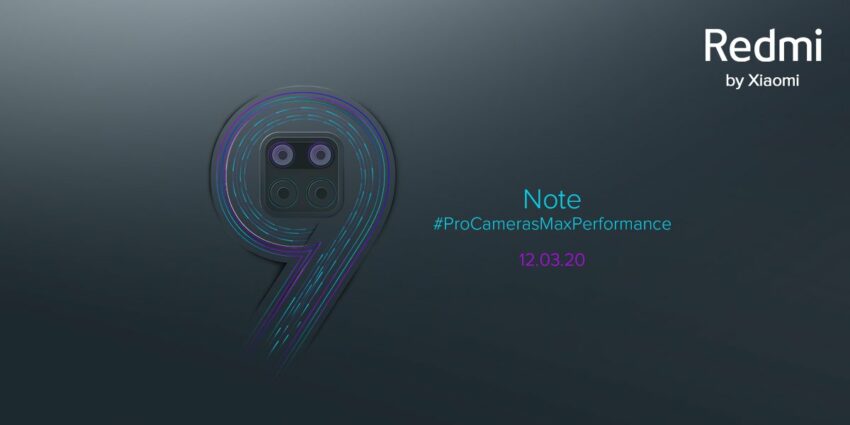 Xiaomi is one of the brand, very popular in India. Note series from the company is one of the reasons for that. Note lineup in India was first launched in 2014 and has continuously grown in popularity. In 5 years, Xiaomi launched 8 iterations of the phone and is now getting ready to launch a new one. Xiaomi with a hashtag of #ILoveRedmiNote officially teased the launch date of Redmi Note 9.

Redmi India Twitter handle recently posted a teaser video featuring Ranveer Singh in which he talks about 1,2,3,4,5,6,7,8 already came but when will the 9 come? Referring to the Redmi Note 9. Followed by another tweet by Xiaomi India Head, Manu Kumar Jain who answering to the question of the famed actor, teased the phone will be arriving on the 12th of March.

Legend says that it takes only 9️⃣ secs to spot the 9️⃣ in this photo! 😉

Mi Fans, are you fast enough? Screenshot it & tweet with #ILoveRedmiNote!

Brace yourselves for the biggest #Redmi product launch of 2020! 🤩#ProCamerasMaxPerformance is going to be nothing like you have ever seen before! A new #RedmiNote is coming on 12th March! 😎

The Redmi Note 9 Pro will be the successor of Redmi Note 8 Pro. Although nothing much about the phone has been revealed yet, the phone is expected to sport a quad-camera setup just like its predecessor, with 64-megapixel primary sensor. For the hardware, it is expected to be powered by Qualcomm Snapdragon 720G processor, and a 4500mAh battery. Other than that all other specs and design aspects of the phone are still under the wraps.

As for the Note 8, it is speculated to be powered by MediaTek Helio G70 SoC, except that information of the device are scarce right now.