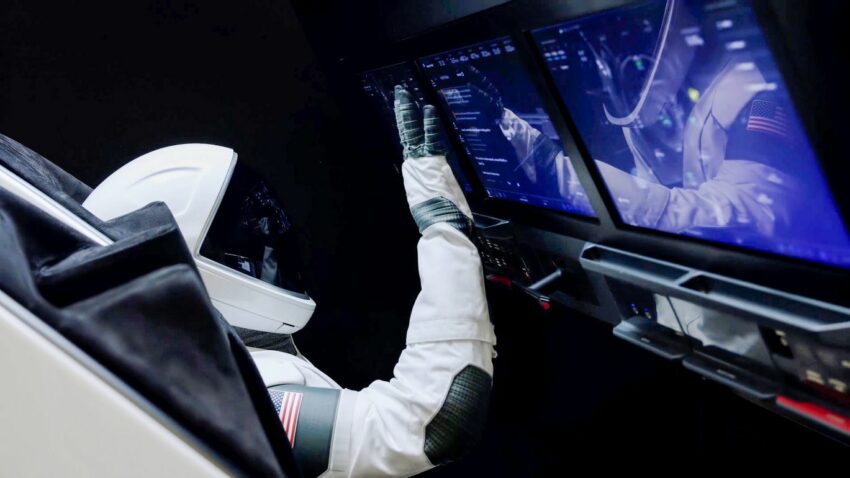 If you ask a child, what they want to be in the future, sometimes they will say this and sometimes that. In those answers, we often hear, I want to be an astronaut. We all once wanted to be an astronaut at some point. But becoming one, in reality, is totally a different thing. Astronauts have to go through very tough training, endure the space terror and have to have multi-skilled.

And one must-perfect training is have to go through docking the vessel on to the International Space station. As International Space Station (ISS), has to be supplied necessary goods and equipment, docking the vessel to it is a regular occurrence. And now SpaceX has released an online simulator that allows you to get first-hand virtual astronaut experience and try to dock the spacecraft to the ISS.

Astronauts are trained rigorously to dock the spacecraft with high precision and safety. Even though most of the times docking is done autonomously, crew members may have to dock it manually. As rough docking could not only risk the spacecraft costing millions, it would also risk the lives of the astronauts in both spacecraft as well as the ISS.

Now, thanks to the simulation game, released by SpaceX, anyone can try to dock the Crew Dragon spacecraft to the ISS. On a side note, SpaceX is set to launch its Crew Dragon’s first six-month operational mission to the International Space Station on May 27th.

At first glance, the simulation appears fairly simple. But the innocent look of the simulator, soon asks for full concentration, precision, and a lot of patience. The simulation game has 12 grey buttons allowing the trainee astronaut to adjust the roll, pitch, and yaw of the spacecraft. For those whole like fast pace simulation games, this simulation is not for you.

The incremental adjustments and slow speed and precision required in real life to dock a spacecraft have been simulated perfectly. If you want to check, whether you are cut for becoming an astronaut or not, give the simulation a try, works on your both PC and phone.