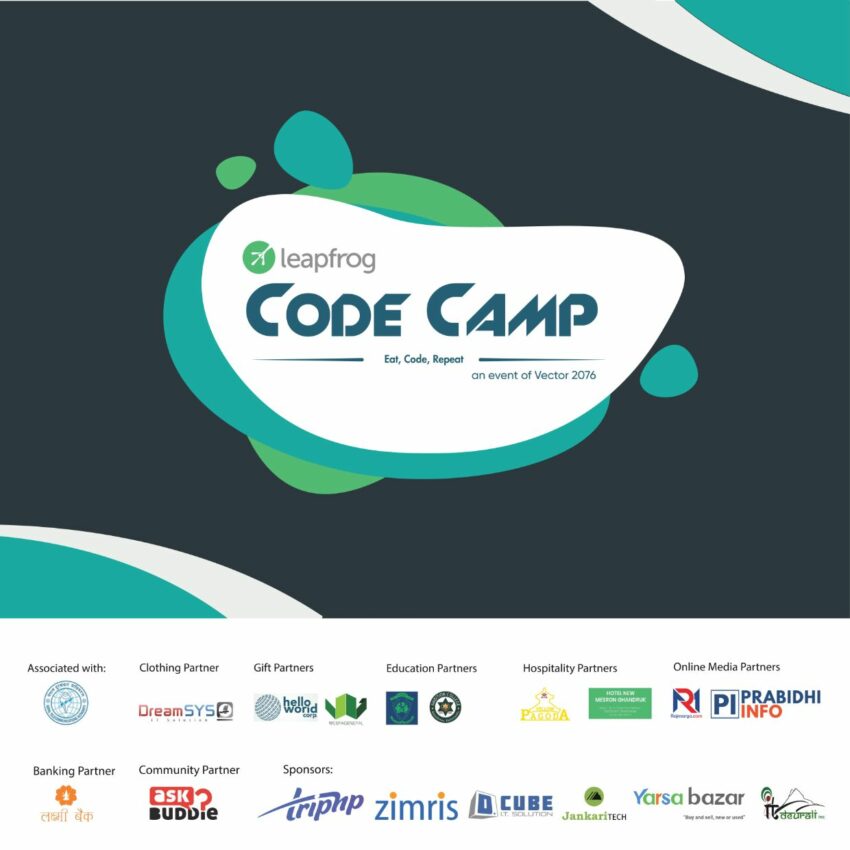 “Leapfrog CodeCamp 2019” one of the most awaited events is happening at WRC, as a major event of VECTOR – Direct Your Vision, second National technical festival. “CodeCamp 2019, happening at Paschimanchal Campus, Pokhara has proved to be an event to brainstorm innovativeness and creativity in students,” commented Ram Prasad Poudel, Campus Chief, Pashchimanchal Campus.

The 3-day intense coding competition gives an opportunity to every participating team to submit an idea residing in the theme of Rural Tourism, Public Health, and e-Governance.

“Today, the first day of the event ran smoothly and the checkpoints were met,” said Bhuwan, System Administrator. The participants with the help of mentors were able to shape their ideas into code and mentioned that the design and aesthetics of the event really stood out. The program is believed to create an impact on the themes.

There were different kinds of projects in the CodeCamp 2019 ranging from IoT, Blockchain, Machine Learning, web and android application. In the first quarter of the day, there was a bit introduction program among the participants followed by working on their respective projects,

Since its a 3-day event, every participant will further work on the project tomorrow and the final of the event is the day after tomorrow where the winner will be awarded Rs. 25000.

The CodeCamp 2019 event is co-organized by i-CES and CoTS.