Prabidhi Info › Gadgets › Xiaomi › Xiaomi teased a concept phone with a quad-curved display having no buttons and no ports. 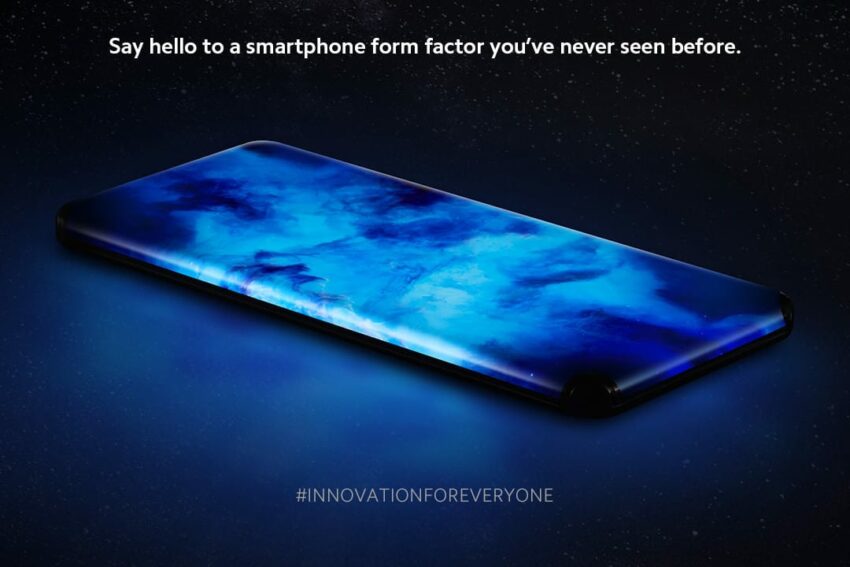 Xiaomi as one of the leading tech company never fails to amaze its users with new innovative products. Not so long ago in the 2021 CES virtual event, Xiaomi teased revolutionary Mi Air Charge technology. Previously it was rumored that this company was working on whooping 80W wireless charging. Lately, Xiaomi has announced its concept smartphone with the first curved waterfall display.

So far we have seen curves on the left and right edge of the device but Xiaomi has teased an unnamed device with curves on both top and bottom edge as well. But this means you can say that there will no ports, no buttons nor any bezels. Xiaomi reports to ‘extend the limits of the display to infinity and enable a true port-free uni-body design’.

Looking at the promotional pictures we have small, rounded neat looking cutouts. The 88-degree curve on all the sides looks jaw-dropping on the paper, to be honest. For its protection, Xiaomi will be using self-developed glass processing equipment, a hot-bending process under 800-degree temperature, four different polishing tools, and more than ten complex polishing procedures. But without having it on hand we can’t say much.

Since there are no ports for charging it is speculated that Xiaomi will be using either 80W wireless fast charging or incorporating the Mi Air Technology. Xiaomi claims that they had 46 self-developed patented technologies for this project.

The Xiaomi officials have not revealed much about their concept phone. This device may and may not hit the market. But if it’s made available for the public then we can figure out whether it is practical for day-to-day use or not. Apple and Samsung removed the charging adapter but now Xiaomi is taking it further by removing the charging port itself. That is just ridiculous.