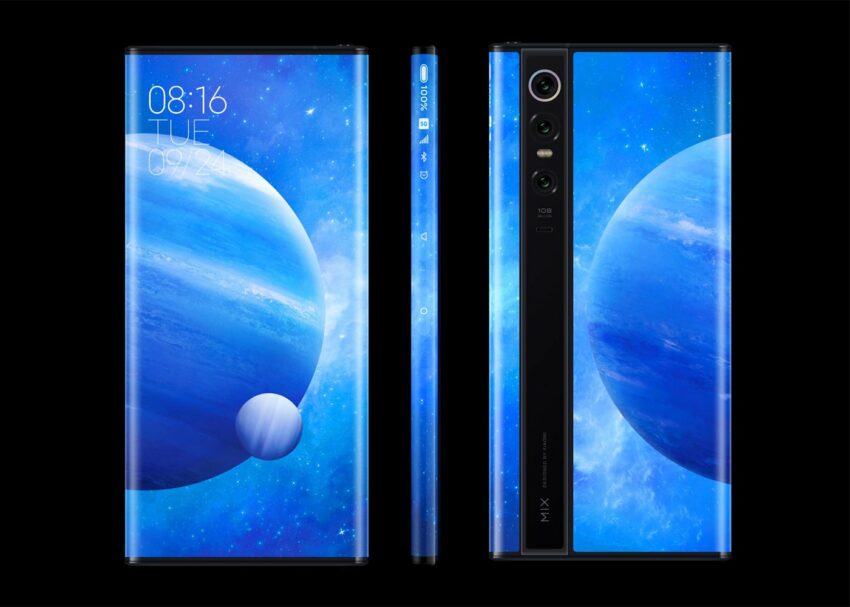 Xiaomi just released its highly-anticipated [concept] smartphone of 2019, Xiaomi Mi Mix Alpha. This device has been the talk of the town for a while now. Before its release, it was creating buzz on such a large scale all around. Mi Mix Alpha, for a fact, has noteworthy features. On the glimpse of this device, you surly can say this is one hell of a futuristic device. Let’s dive deeper into Mi Mix Alpha features, specifications and pricing.

The wraparound display is the fundamental property of this device. As per Xiaomi, their wraparound display is termed ‘Surround screen’ that allows users seamlessly to switch their content from rear screen to front. Mi Mix Alpha flaunts 7.92-inches flexible Super AMOLED capacitive touchscreen of 2088 x 2250 pixels resolution. Mi Mix Alpha body is shaped with a single piece of sapphire glass with ceramics and aerospace-grade titanium alloy. That’s just out of the box.

Higher the screen-to-body resolution, smaller the bezel will be. Let’s compare, iPhone 11 Pro has an 82.1% screen-to-body ratio, Huawei Mate 30 Pro has 94.1%, Samsung Galaxy Note 10 has 94.1%. What about Mi Mix Alpha?? Mi Mix Alpha has whopping 180.6% screen-to-body ratio. And yes you read that right. This is totally unthinkable. You may be thinking what about the false touch?? Well, Xiaomi has a solution for that. To prevent false touch, the smartphone comes with mistouch detection technologies such as multi-sensors and AI algorithms. The side curve display can be used to show notifications, host widgets, remainders. On the back of the device, we have a stripe that houses triple cameras. Fingerprint sensors are mounted in-display.

Other than the amazing camera specs, Xiaomi Mi Mix Alpha has impressive internals as well. It is fueled by 4050mAh battery and runs on Android 10 MIUI 11 OS. Not just that it’s powered by Qualcomm’s flagship Snapdragon 855+ (7 nm). This device is coupled with 12/512GB storage variant. It supports 40-Watt fast charging with Type-C reversible connector. Fast charging on the go is too reliable. There will be no 3.5mm audio jack. Everything regarding this device is insane. So far, Mi Mix Alpha is available in Black color only.

Xiaomi once called as for being an’ Apple clone’, regardless of that, they are up to serious innovation. Xiaomi said that Mi Mix Alpha will be a limited edition made under small production runs. To feel the wraparound display, to capture images and shoot videos with 108MP camera, get one in time before it runs out. Xiaomi has stated the price of Mi Mix Alpha to be 20,000 yuan (around 3000 USD).