Redmi Note 8 Pro launched on Aug 29th in China, and it has officially landed in the Nepali market on Nov 20th, 2019. Given the price of Redmi of Note 8 Pro in Nepal, we have weighed the features it offers and concluded if the phone’s worth the price.

Looking at how the mid-rangers are offering premium design these days, the Redmi Note 8 Pro would be no exception. The stunning green sheen (on Ice Jace color variant) back panel is something your eyes would catch at first glance, and moreover, the vertically center-aligned cameras are unavoidable. In fact, this design and color choice looks very familiar to the Redmi’s current flagship Redmi K20 series. 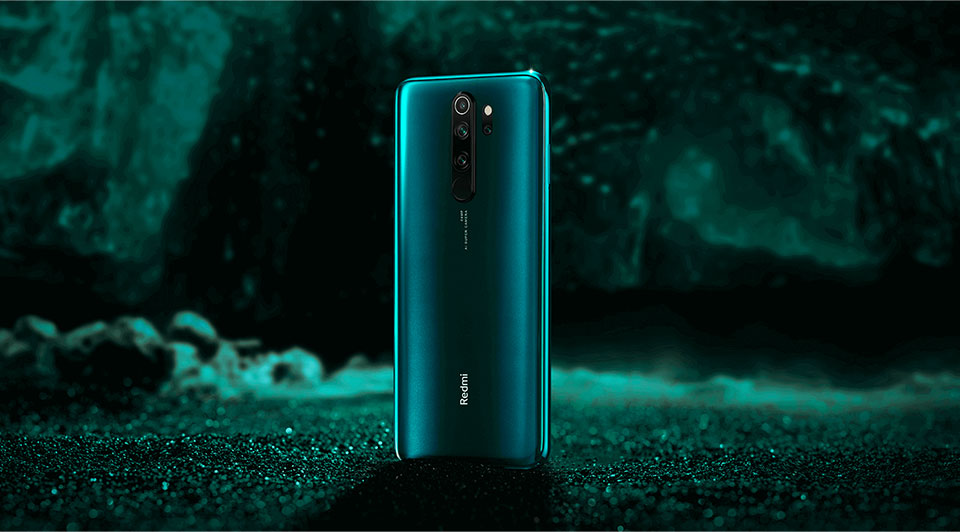 The Note 8 Pro has a glass body with 3D quad-curve design for easy hold operation and protected by Gorilla Glass 5 on both front and back. And speaking of the display on the phone, it has a 1080-by-2340 6.53-inch IPS LCD display with an aspect ratio of 19.5:9 and 395 pixels-per-inch. The screen, however, could have been AMOLED instead of IPS LCD.

On the top, there is a less obtrusive waterdrop notch and almost disappearing chin on the bottom. Thanks to Redmi, the company hasn’t still given up on a 3.5mm headphone jack, which you will find by the bottom-firing speaker and USB Type-C charging port. The placement of the fingerprint scanner just below the camera sensor is somewhat not a good choice as that might result in smudging the lens.

The most important improvement in the design and build quality would be the Note 8 Pro’s IP52 rating, which means this mid-range phone is resistant to water and dust.

The 64MP and Quad-Camera Setup

Whatever the specs the Note 8 Pro might boast, the real USP of the phone is the first-time ever 64MP camera sensor paired with three other 8MP + 2MP + 2MP rear cameras. The primary 64MP camera is the Samsung GW1 image sensor of the f/1.8 aperture. The 8MP sensor of f/2.2 aperture is an ultra-wide-angle lens where a 2MP, f/2.4 is a dedicated macro lens and the other 2MP, f/2.4 is for portrait shots and depth sensing.

Interesting enough, you will find the same camera setup and lens combination on another recently launched smartphone; Realme XT too.

MediaTek’s latest gaming-focused Helio G90T powers the Redmi Note 8 Pro, and this comes in paired with either 6GB or 8GB RAM with 64GB or 128GB of storage. The Helio G90T is 12nm manufactured chipset which is aided by the Mali-G76MC4 graphics unit. The storage does support expansion up to 256GB using a shared SIM slot.

The phone packs a larger 4,500mAh battery when compared to the predecessor Note 7 Pro’s 4,000mAh. As a matter of fact, this 4,500mAh battery is larger than any other Xiaomi/Redmi devices released this year. The battery comes with 18W fast charging support and as per the company claim, it can be charged up to 50% in 30 mins of a plug-in. And on the software side, the Redmi Note 8 Pro runs on MIUI 11 based on Android 9.0 (Pie) and slated to receive MIUI 12 update in the second batch. 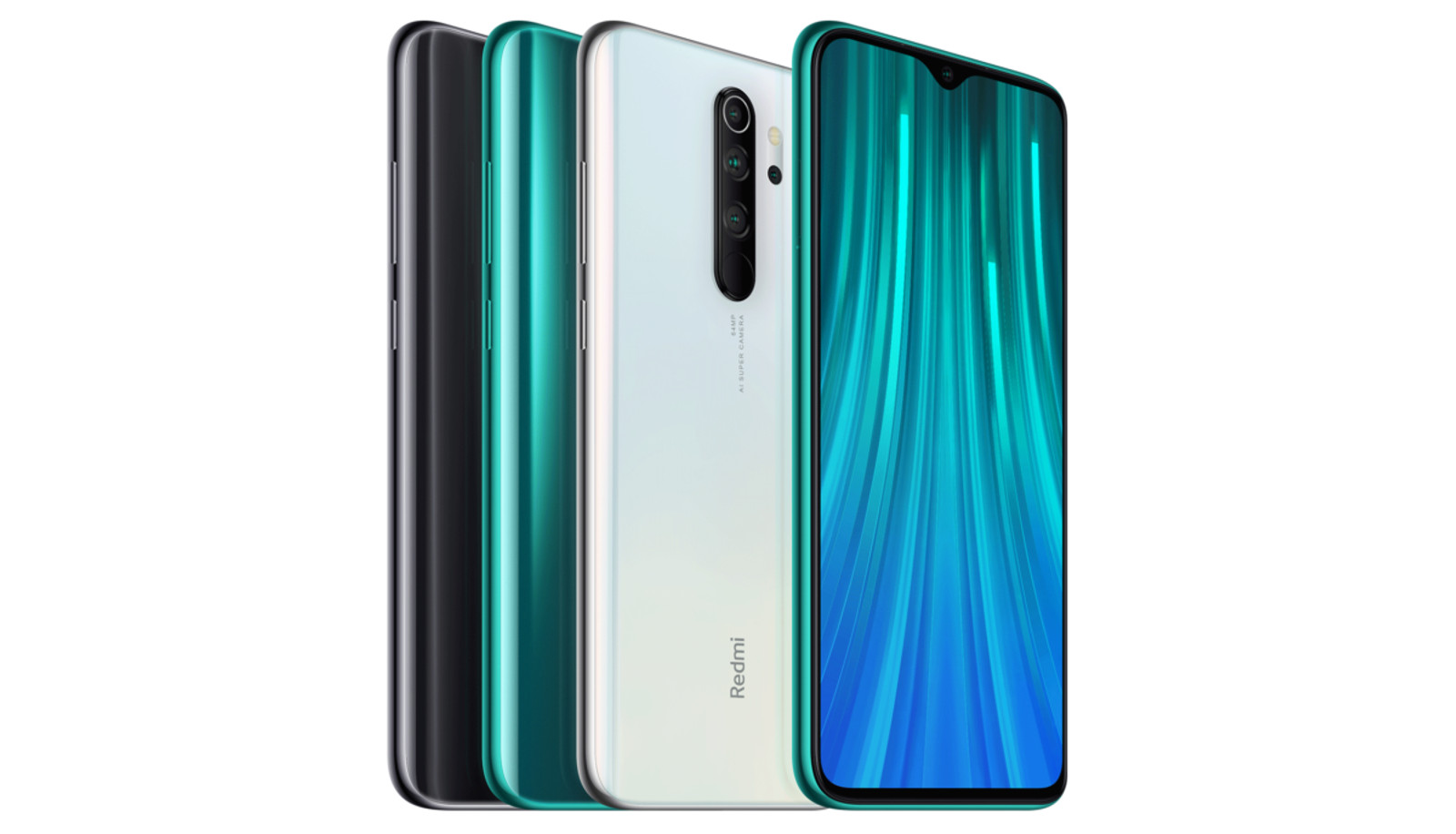 Is Helio G90T on Note 8 Pro powerful enough to compete against SD712 on Realme XT?

MediaTek, when compared to Qualcomm and Samsung, lacks proper developer support, thus so unpopular among the smartphone enthusiasts. Despite the fact, Xiaomi took a risky approach to power the latest Redmi Note 8 Pro with MediaTek Helio G90T instead of going for Qualcomm Snapdragon chipset. But here’s the spoiler, this paid them really well.

There has been some skepticism regarding the Note 8 Pro might not perform on par with the rival Realme XT which is powered by Qualcomm Snapdragon. Well, that’s not true. In fact, on paper, the Redmi Note 8 Pro managed to perform better than not just Realme XT, but Galaxy M30s, predecessor Redmi Note 7 Pro and even Redmi K20 in some cases. Note that, Redmi K20 costs higher. 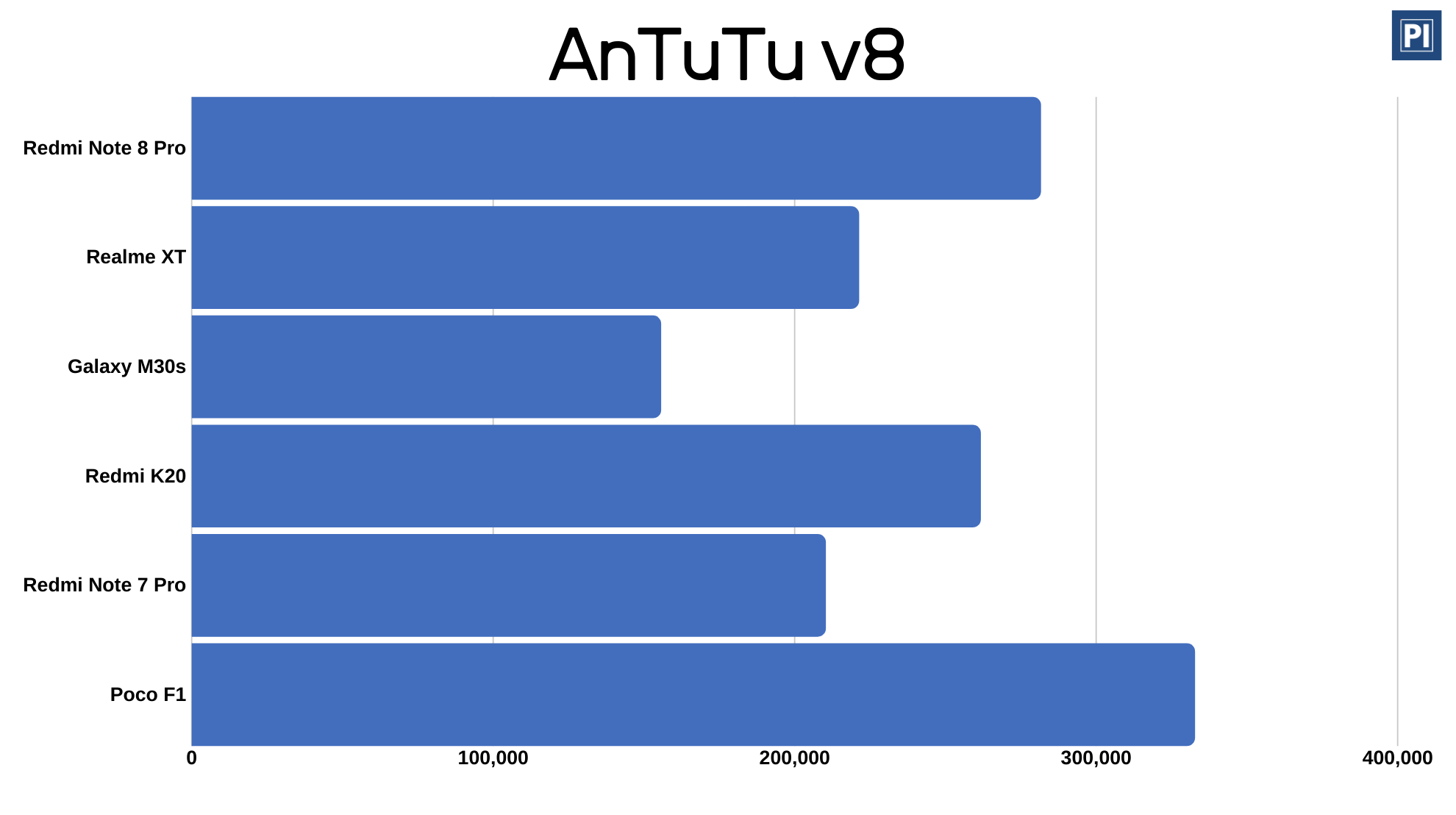 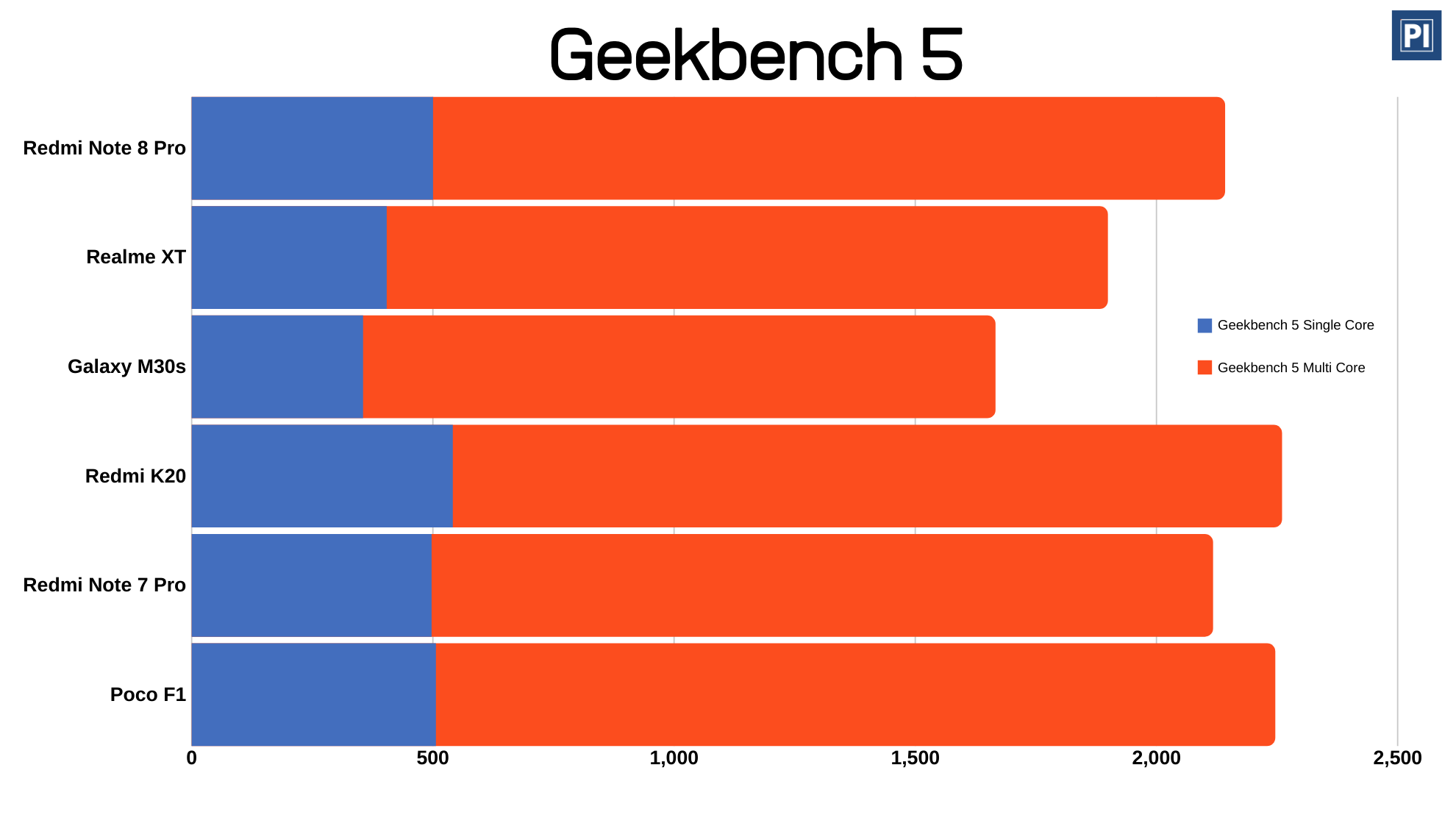 So, this is evident, the Redmi Note 8 Pro is a real winner, in fact, a mid-range hero in this price segment. Only to note, the POCO F1, which is sold for identical Rs. 29,999 (6/128GB) might go neck-to-neck in performance against Redmi Note 8 Pro. But the POCO F1 is already over a year and the Note 8 Pro comes in better shape, design, camera and aesthetic, making it a perfect go-to smartphone for mid-range gaming.

In conclusion, this does prove the Redmi Note 8 Pro can beat the competition against Realme 5 Pro, Realme X or even Realme XT? And though the Redmi Note 8 Pro launched for more than the expected price, it should make the top of smartphones under 30000 and 40000 in Nepal.