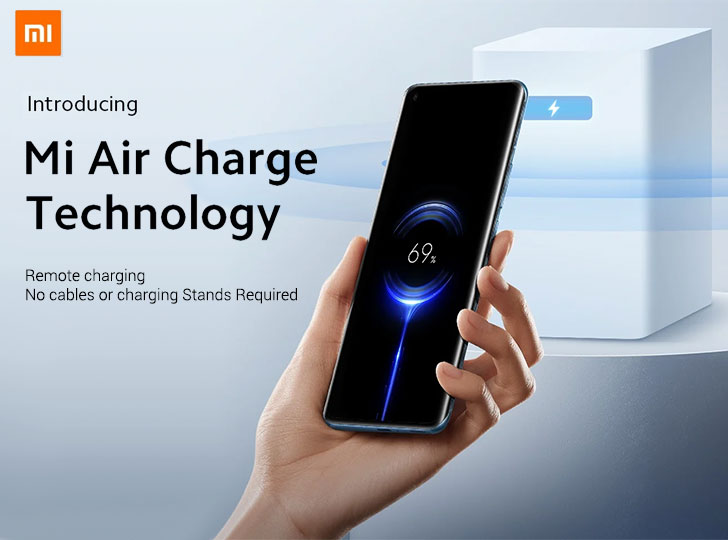 Just like the headphone jack, smartphone companies are slowly removing charging brick. First, Apple removed their power adapter with the introduction of the iPhone 12 series then Samsung followed Apple’s path. Samsung also omitted their power adapter on Samsung Galaxy S21 series. The main concern of these companies was e-waste. But removing the necessary equipment was not appreciated by the majority of the users. In the midst of this, Xiaomi has unveiled remote charging technology, ‘Mi Air Charge’.

The brand new Mi Air Charge Technology is buzzing all over the internet. As per the Xiaomi Officials, this Mi Air Charge Technology enables users to remotely charge multiple devices without the need for cables or wireless charging stands. The most intriguing part of this technology is that it can recharge a device that’s being used, “while walking around or even when something’s in the way within a radius of several meters”.

The Xiaomi Mi Air technology works on the principle of space positioning and energy transmission. Xiaomi has developed a charging pile with five phase interference antennas built-in. This precisely detects the location of the smartphone under its radius. A phase control array composed of 144 antennas transmits millimeter-wide waves directly to the phone via beamforming.

The Mi Air Charge Technology is a total revolution. This radical change in the charging will change the current wireless charging method for good. As of now, this technology supports multiple devices with 5W. We all expect this technology to grow furthermore in the future. Xiaomi spoke person stated, “Soon our living room devices, including speakers, desk lamps, and other small smart home products, will all be built upon a wireless power supply design, completely free of wires, making our living rooms truly wireless.”

Will Xiaomi Mi Air Charge Technology make it to the market?

Honestly, the Mi Air Charge Technology is mind-blowing in the paper. But we do not have any confirmation on the availability of this tech to the general public. One thing we are sure about this is that when it does, it will be ridiculously expensive. If other tech companies do follow this path then we have may some competitive value.