Vlogging has been the current trend for the YouTubers now. It’s the source of attraction for numerous people. A handful of Nepali YouTubers are out there with their Vlog cover a large number of audiences. Whether you are going on a hike, bike riding or outdoor for any occasion, capturing the moment is the key thing for everyone. With that being said, Go Pro Hero Black is finally here in Nepal. The price of GoPro Hero 8 Black in Nepal is Rs 51,500. So, what’s new on GoPro Hero 8 Black, let us have a look. 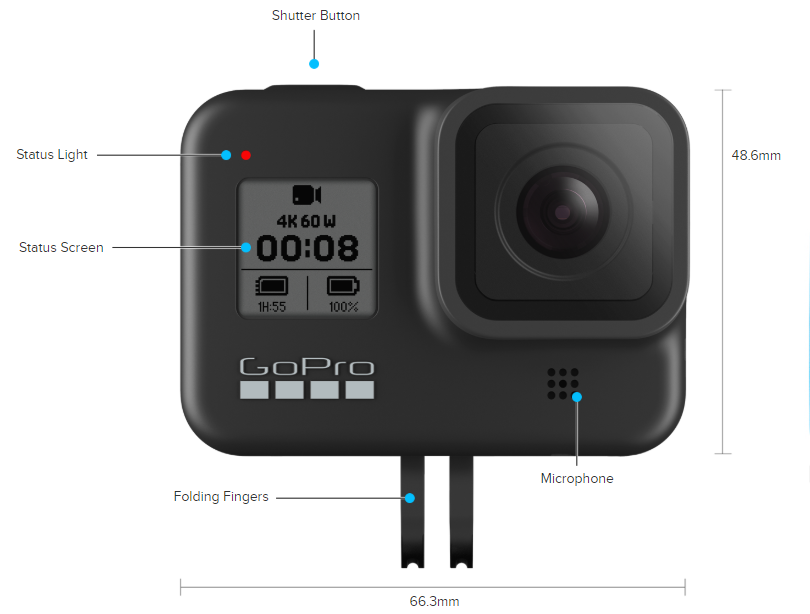 The most noticeable change about GoPro Hero 8 Black is the lack of frame case. This time you won’t be needing the case to mount the GoPro. Instead Hero 8 Black has built-in mount finger on the bottom. The mount fingers are compatible with all other standard GoPro mounts. The battery door is no longer available on the bottom. It’s now placed on the side.  The lens is now twice as strong as it used to be. But you can no longer remove the lens if you break one.

GoPro Hero 8 Black brings new and improved features compared to its previous generation. Here are some of the features:

You can purchase these additional mods to increase productivity in your work. You have to purchase this separately. 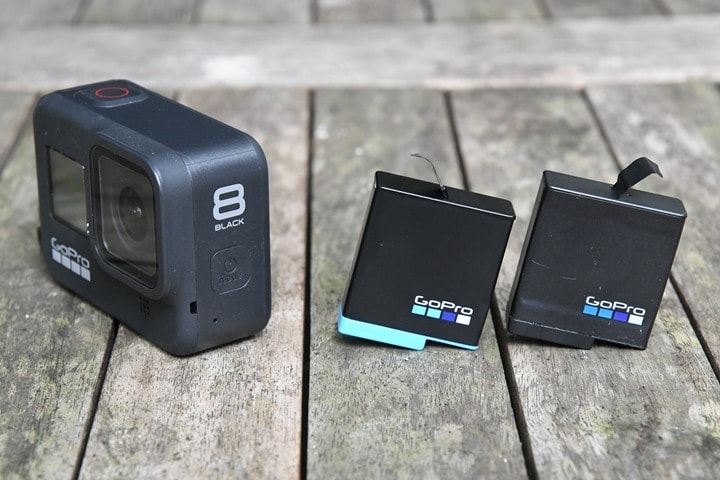 For GoPro Hero 8 Black you get 1220mAh battery. There’s USB Type-C charging port. The battery of Hero 8 Black is compatible with other versions of GoPro. On interchanging the new Hero 8 battery with older ones, you will get a notification saying that you will not be able to use some Hero 8 features like HyperSmooth 2.0 especially with Boost. Here are the details on the battery consumption of Hero 8 battery.

If you are a video geek and you are planning to buy a GoPro, then GoPro Hero 8 Black is the one. You may have to consider the price of this device. But with the features that Hero 8 Black offers, it’s worth paying. But if you are planning to upgrade from Hero 7, then you might want to give a little thought about it. But of course, with Hero 8 Black, you get batter stabilization, 4K linear mode with HyperSmooth Boost Live Burst and others. There are things to consider as the side door for the battery and non-removable camera lens. The price of GoPro Hero 8 Black in Nepal is Rs 51,500. You can buy it from Olizstore.