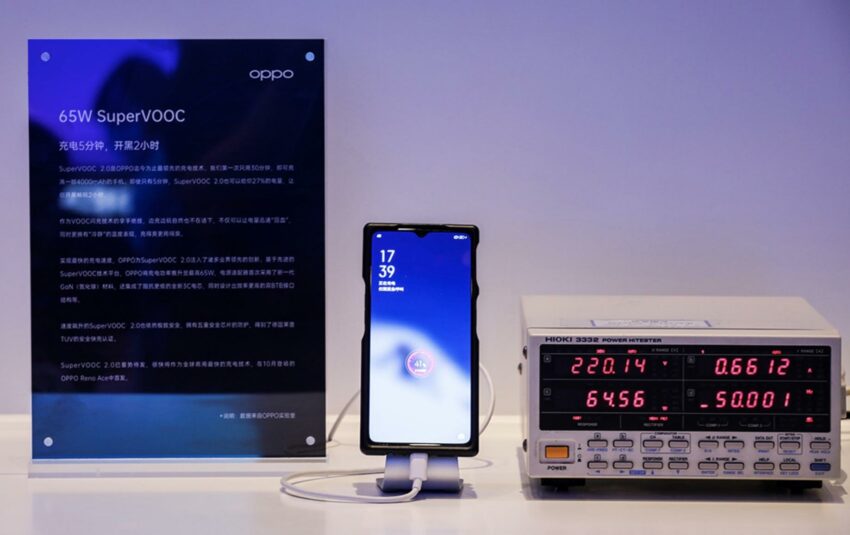 Oppo will be launching its new premium smartphone Oppo Reno Ace in China on 10th October 2019 which they have already confirmed. Oppo has shared a poster which reveals its design and some of the key features and specs of the smartphone.

Oppo Reno Ace will be coming in Green and Blue colors both having a gradient effect. On the front side, there’s a dewdrop notch on top of the display which holds the front-facing camera of 16MP for selfie shooter.

On the backside, we can see the quad-camera setup which is placed in the top-center position where the sensors are aligned vertically which consist of a 40MP primary camera, a 13MP periscope zoom lens, an 8MP ultra-wide-angle camera, and a 2MP sensor. We also can see that this poster revels that the flagship will come with a 6.5 inch AMOLED display with 2400 x 1080 pixels screen resolution and 90Hz rate.

It also confirms that the smartphone will be powered by Qualcomm Snapdragon 855 Plus octa-core processor. The flagship will be coming with 65W SuperVOOC 2.0 fast charging technology which is not the latest but does the job well. This flagship will also be equipped with up to 12GB of RAM, 256GB of internal storage, in-display fingerprint sensor and will be running Android 9 Pie instead of latest Android 10.