Prabidhi Info › Mobile Price in Nepal › Realme 3 Pro to be launched in Nepal by July, a competitor to Redmi 7 Pro

This post covers the details of recently launching Realme 3 Pro price in Nepal (expected), its full specifications and how well it stands in the crowd of the mid-range smartphones.

Realme, the sub-brand of OPPO, is a head-to-head competitor to Xiaomi’s Redmi sub-brand. The smartphones from both of these sub-brands are almost similar specs and price range. And to which, Realme has launched Realme 3 Pro [in India] as their take on the Xiaomi’s Redmi Note 7 Pro.

Realme 3 Pro is an upgrade to the last month released Realme 3 and successor to the previous year’s Realme 2 Pro. The device has leaped in every aspect from its predecessor and the lower non-pro version.

Performance wise, the device is powered by Snapdragon 710 SoC, adopting 10nm technology and clocked at 2.2 GHz, Dual Core + 1.7 GHz, Hexa Core. Realme 3 Pro will be available in two variants; 4/64GB and 6/128GB. Also, if the rumored are to be believed, the company might have another variant with 8GB of RAM in the process of launch as their take on Xiaomi’s next Poco line of smartphone.

Talking about the cameras, Realme 3 Pro houses a dual-camera setup, one being 16MP of f/1.7 aperture and other being 5MP depth sensor of f/2.4. Both of these sensors are guided by Artificial Intelligence tech, and with the extra help of Ultra HD mode, the device can produce an image of 64 MP.

On the front side, surrounded by a water-drop notch, the phone flaunts a 25-megapixel camera of f/1.8 aperture.

The battery on Realme 3 Pro has upgraded to 4,045mAh from its predecessor’s 3500mAh. The company boasts that the phone can charge 50% in half an hour as it has put the company’s signature VOOC Flash Charge 3.0 into action.

Disappointingly, it still has micro-USB port, however, on the brighter note, Realme 3 Pro has 3.5mm headphone jack intact.

The phone runs Android 9.0 (Pie) out of the box, with ColorOS 6 skin on the top of it. The colors the phone will come in are Carbon Gray, Nitro Blue, and Lighting Purple. 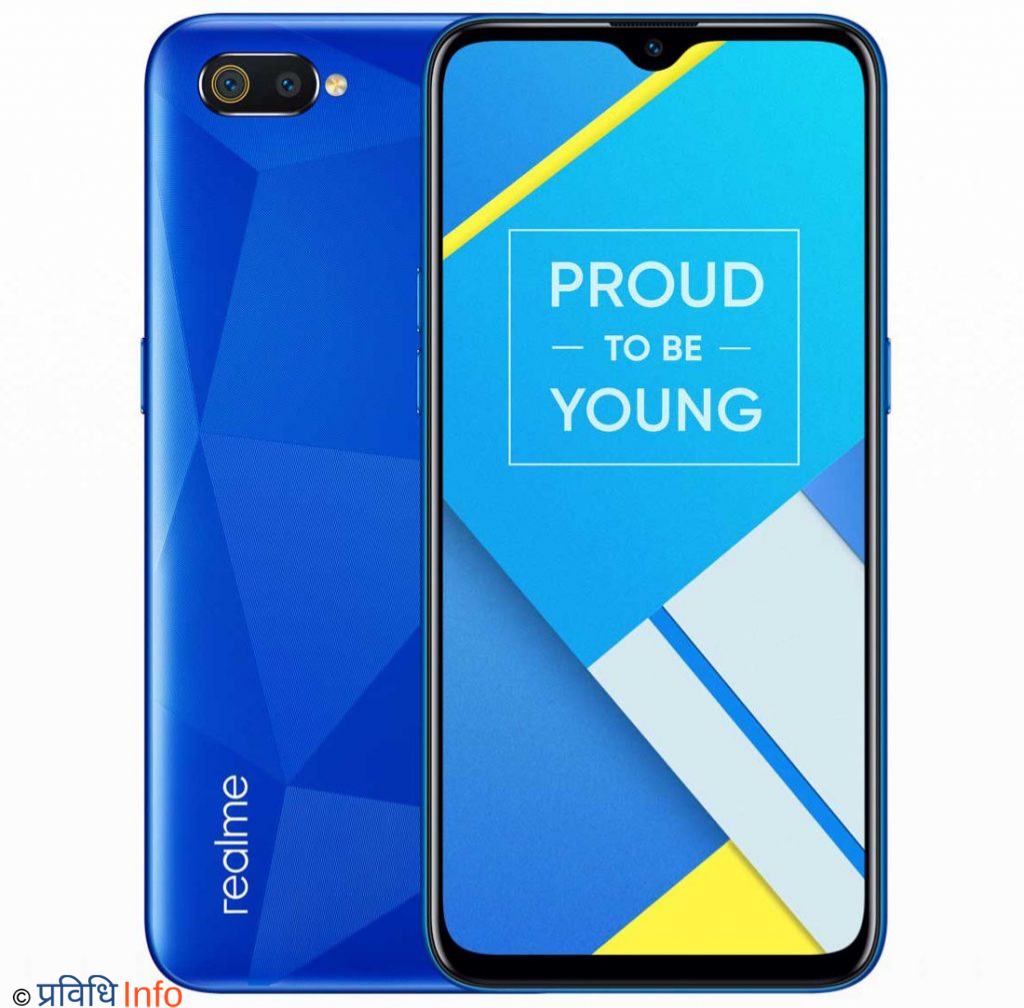