A competitor to Vivo V15 Pro & OPPO F11 Pro, Samsung launched Galaxy A70 recently in Nepal. The post overviews Galaxy A70 Price in Nepal, Specs & Where to Buy.

Right now, there is no other smartphone company hitting hard like Samsung. Samsung has all their guns out for entry-level, midrange, and flagship smartphones categories. Among them, Samsung Galaxy A series brings premium midrange smartphones. And recently, Samsung made the latest Galaxy A70 available in Nepali market.

Though the Samsung Galaxy A70 was announced as early as March 2019, the phone was made available for the pre-order in Nepal on 26th April 2019.

The phone does a nice job hiding the plastic back with the appearance of reflective-like glass. And Samsung throws the term “3D Glasstic” for this. With the waterdrop notch on its front, Samsung Galaxy A70 has near-to 86% screen-to-body giving immersive experience. The device has a single bottom facing speaker sitting next to the USB Type-C port and 3.5mm headphone jack. Yes, the headphone jack is still intact. Good, god!

Galaxy A70 measures a larger 6.7-inch FHD+ (1080 x 2400 pixels) Super AMOLED screen with an aspect ratio of 20:9. There is no denying that Samsung does the best display-tech in the smartphone industry. That means, this Super AMOLED offers pure darker and crisp graphics, and for this price range, it’s far better than the competitor Vivo 15 Pro and OPPO F11 Pro.

Talking of the performance, A70 runs on an octa-core Qualcomm Snapdragon 675 SoC and aided by Adreno 612 GPU. This is then paired with 6/8 GB of RAM and 128GB of internal storage, which can be further expanded up to 512GB via a dedicated microSD card slot. However, only the 6GB RAM variant has been made available.

Galaxy A70 packs the latest, but not so robust, optical under-display fingerprint scanner. And comes with Android 9.0 Pie, OneUI skin on the top, out of the box. The device is fueled by 4500 non-removable battery and supports 25W fast charging. 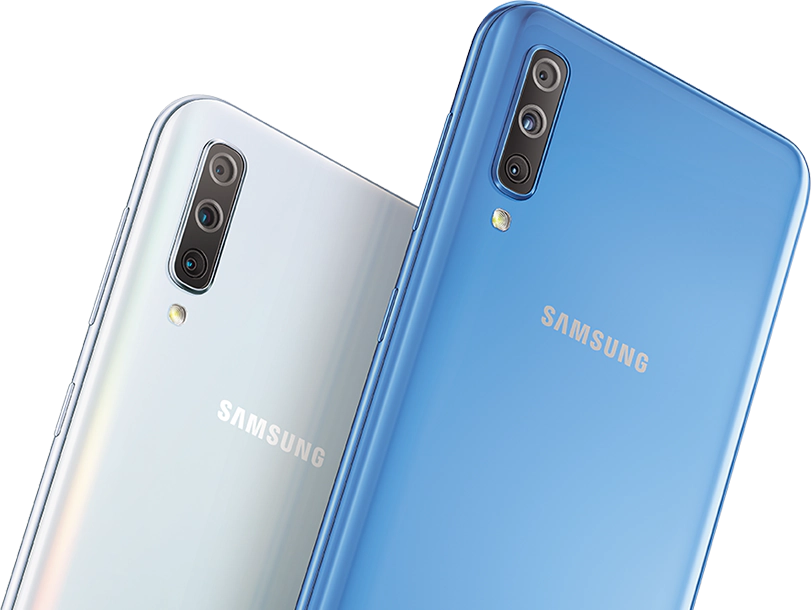 These days, it seems the camera on the phone are the first and foremost priority. And to that, Samsung has equipped A70 with a triple camera setup on it back, with a little or no bump on its back. The main shooter is 32MP, f/1.7 accompanied by 8MP, f/2.2 ultrawide lens, and 5MP, f2.2 depth sensor. On its front, there is a whopping 32MP, f/2.0 selfie camera surrounded by a waterdrop notch.

The phone is available for purchase on authorized stores and retails, and also on online shopping portals. A70 comes in three color variants; Blue, Black, and White. 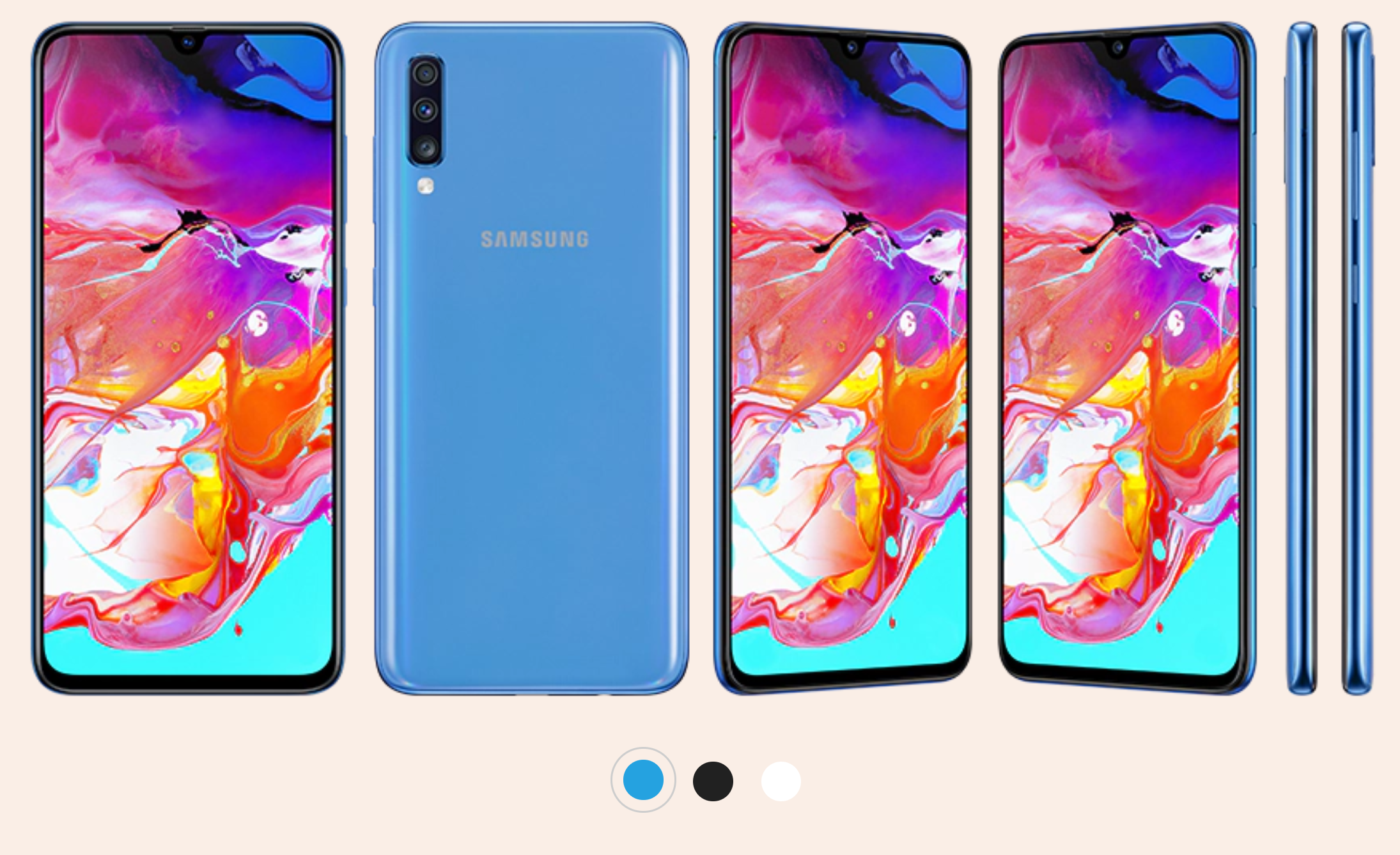