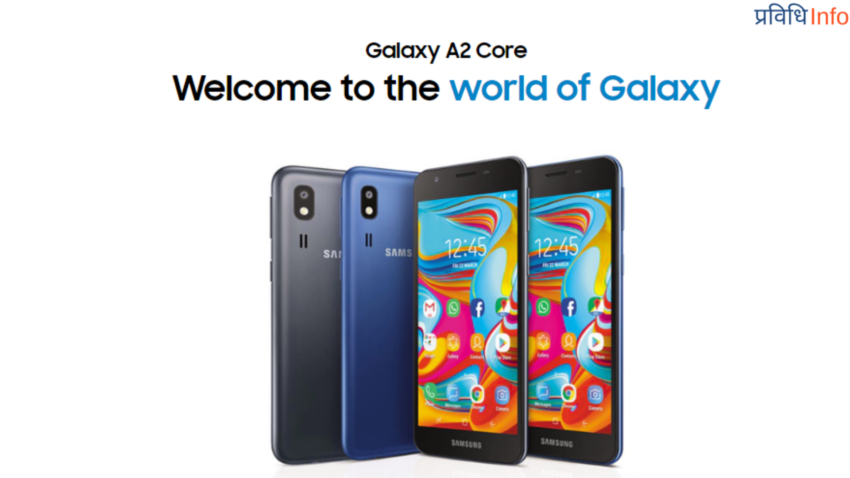 With the uprise of the Chinese OEMs like Xiaomi, Doogee, UMi, they have been kind of reigning the lower budget smartphones category. And that has led to the smartphone giants like Samsung to enter the competition of under Rs.10,000 with their latest Samsung Galaxy A2 Core, a direct competitor to Xiaomi Redmi Go.

Since the phone is valued at under 10,000 in Nepal, there shouldn’t high hopes with the features it should be packing. However, with the plastic on its back, the phone looks decent for this price range.

The phone comes in two color variants; Black and Blue.

Unlike its competitor Xiaomi Redmi Go, Samsung Galaxy A2 Core stands tall with 5.0-inch non-HD (540 x 960 pixels) display. The phone has an aspect ratio of 16:9 and under the hood, the phone packs octa-core in-house Exynos 7870 SoC, paired with 1GB of RAM and 16GB (ROM) of internal storage. Moreover, A2 Core’s storage can be expanded up to 256 via a microSD card slot.

The camera on the phone is 5MP on the back and 5MP on the front. And the device has 2600mAh battery, a little smaller than the Xiaomi Redmi Go’s 3000mAh.

The best thing about the Samsung Galaxy A2 Core is, it runs on the lite version of Android, namely Android Go and comes Android 8.0 Oreo out of the box.

As we have already discussed Galaxy A2 Core is a smartphone under 10000, the device costs Rs. 9,390 which is a little cheaper than Rs. 9,499 Redmi Go. The phone is available to buy in the online stores like Daraz Nepal and Sasto Deal already. 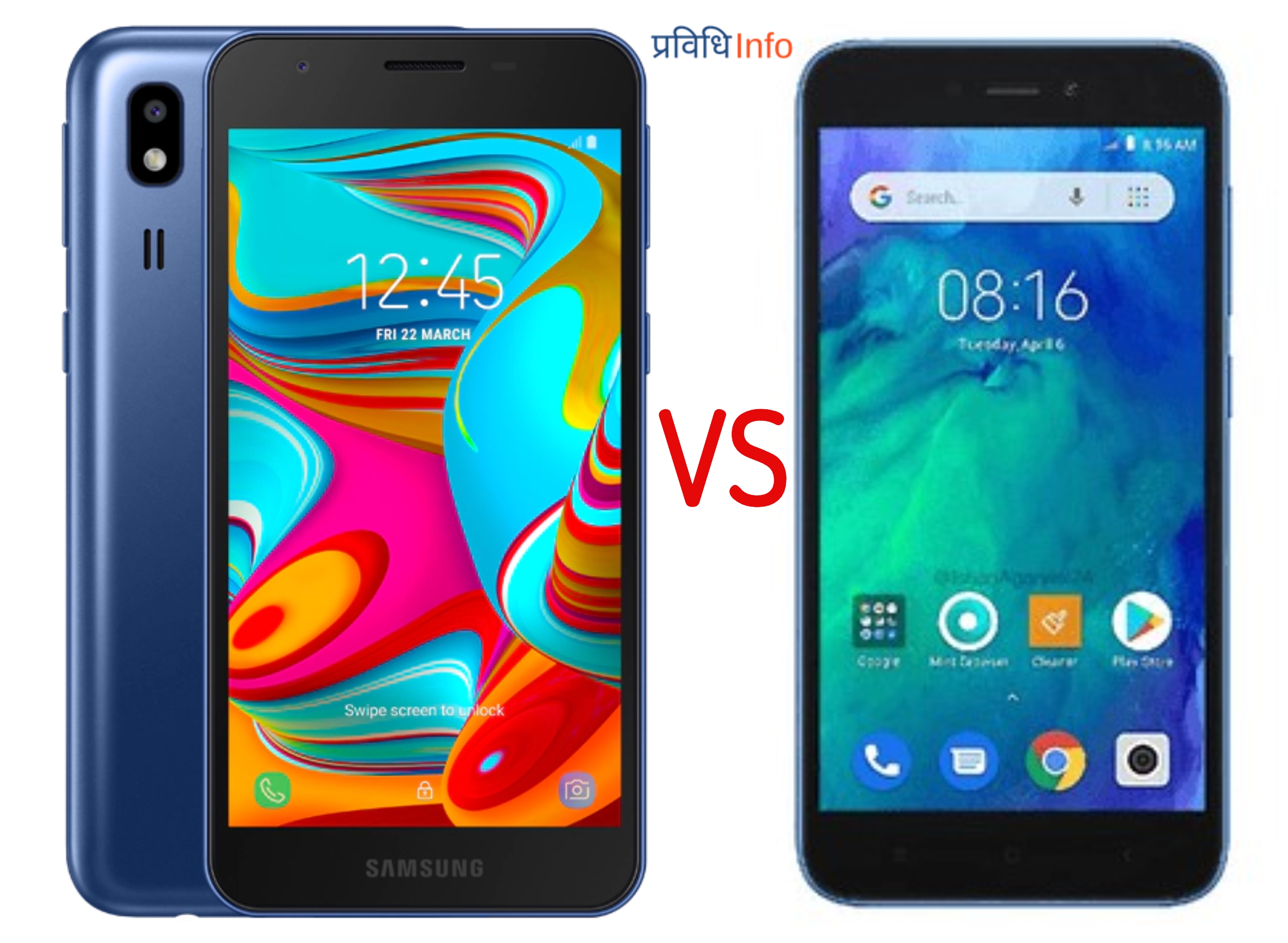