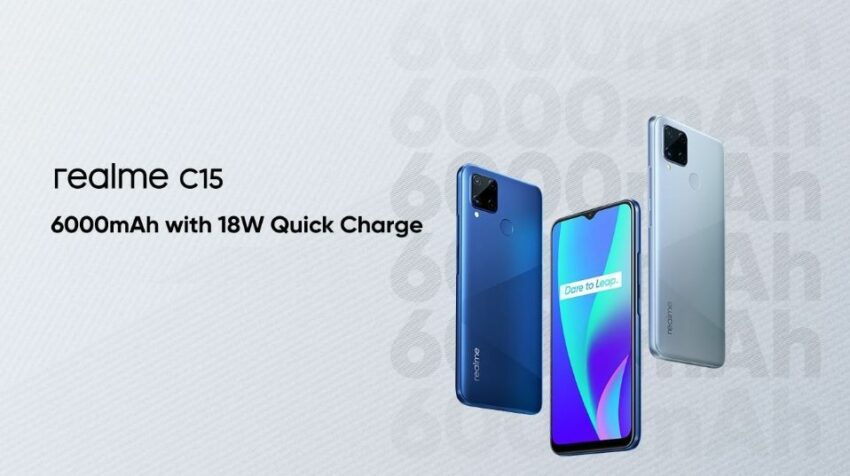 In the battle of smartphones from Samsung, Xiaomi, Huawei, Apple, Realme is struggling to establish itself as a tough competitor. With the release of devices like such as  Realme 5i and Realme X2, Realme 6, and 6 Pro, Realme is trying its best to secure a good status in the market. This time around Realme has released a brand new budget device, Realme C15. It was announced back in July 2020. The Realme C15 price in Nepal is set for Rs 19,990 for the 4/64GB variant. 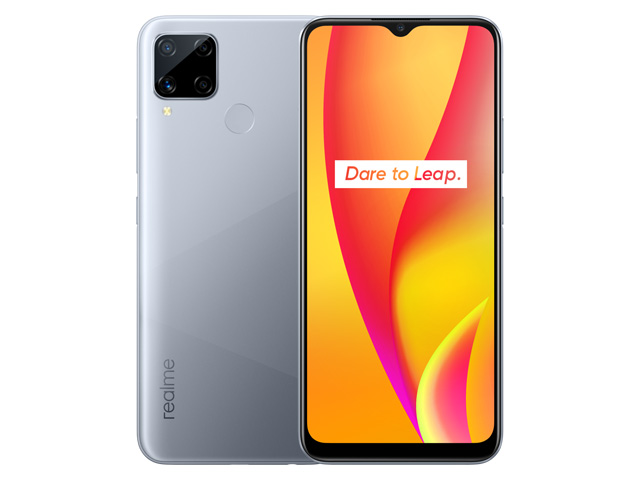 Realme C15 houses a 6.5-inch IPS LCD having 720 x 1560 pixels, protected by Gorilla Glass. C15 has approximately 81.7% screen to body ratio with an aspect ratio of 20:9. Both the power button the volume rockers are placed on the right edge of the device. There’s a waterdrop on the display and the fingerprint sensors are mounted on the back. Luckily 3.55mm headphone jack still hangs around and is set on the bottom alongside the charging port and loudspeaker.

On the camera department, there’s an 8 MP selfie lens that is confined by the waterdrop notch on the front. With the selfie lens, you will be able to shoot videos [email protected] 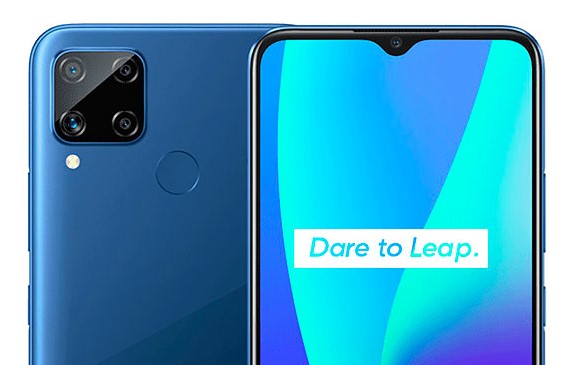 Powering the Realme C15 Mediatek Helio G35 (12nm) is coupled with 3/4 GB of RAM. For the GPU we have PowerVR GE8320. For the storage 32GB and 64 GB variants are available. The internal storage is expandable with a dedicated micro SDXC slot. This device will run on Android 10.0. Monstrous 6000mAh battery fuels C15 which also supports 18-Watt fast charging. But here’s the disappointing factor, just as we have seen with other budget-devices, C15 will be utilizing a micro USB 2.0 for the charging point. Realme C15 is missing the use of standard USB Type-C.

Overall for a budget device, Realme C15 looks good. The outstanding 6000mAh battery is the main highlight of this device. Their 13MP rear quad camera is a plus point. But the micro USB 2.0 is something that will bug everyone. The Marine Blue and Seagull Silver are the available color variants. The Realme C15 price in Nepal is Rs 19,990 for the 4/64GB variant. For a better understanding of which entry-level smartphone you should buy, make sure you check out, ‘Best smartphones to buy in Nepal under Rs 20,000′.