Setting aside all the leaks and rumors, Vivo has officially announced Vivo V17. Vivo V17 is new lineup in the Vivo V series. Not less than a month ago, Vivo V17 Pro was officially released in Nepal. Mostly there was positive feedback from the people. Now Vivo is here with Vivo V17. We do not have any confirmation, but if Vivo V17 arrives in Nepal, the price of Vivo V17 in Nepal is expected to be under Rs 40,000. Let’s see what does Vivo V17 is packed with. 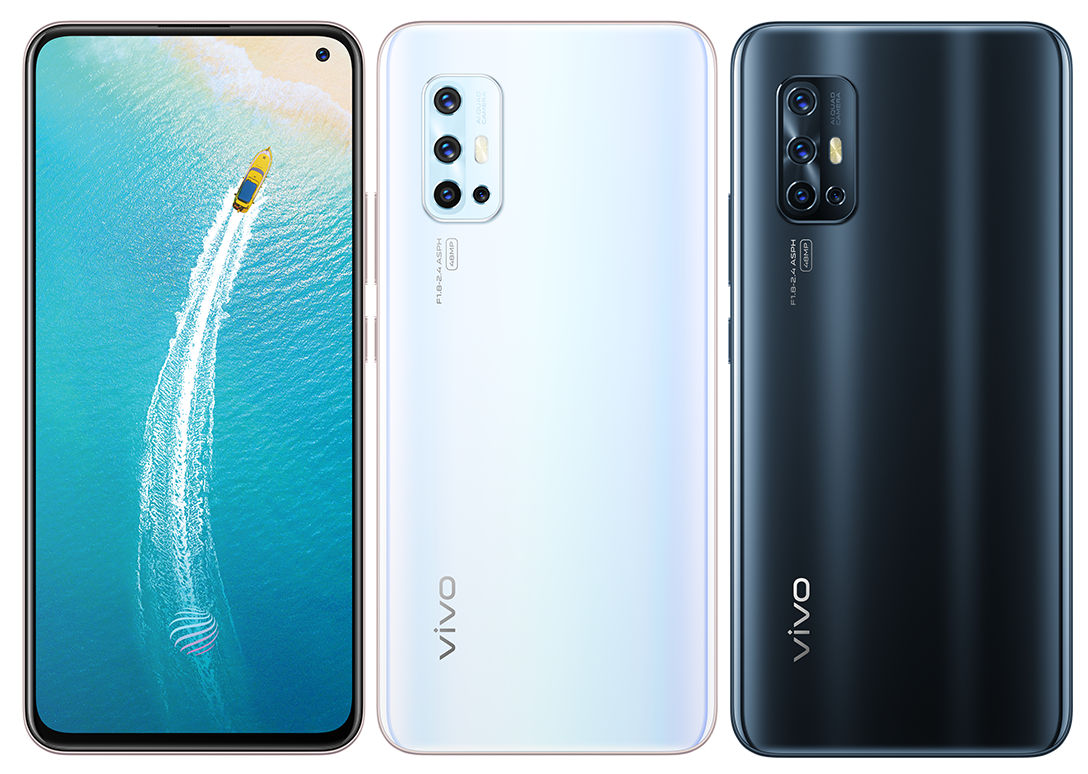 The volume keys and power button are placed on the right edge of the device. It’s very nice of Vivo to include 3.5mm audio-jack for gamer. This is the major feature most of the smartphone is missing now s days. The audio-jack alongside the charging port and loudspeaker is placed on the bottom edge.

On the camera department, Vivo V17 totally owns it. For the selfie camera, we have 32MP, f/2.0, and 26mm (wide) lens. With this, you can shoot HDR videos 1080p@30fps. The selfie camera is confined by the punch-hole display on the top-right corner of the display.

Vivo V17 runs on Android 9.0 (Pie) alongside Funtouch 9.2. There’s more secure and faster under-display optical fingerprint sensor. This device is powered by a massive 4500mAh battery. It also supports 18-Watt fast charging. For the charging port, we have USB Type-C. It is available in color variants like Glacier Ice and Midnight Ocean. Vivo was the official partner in the PUBG Mobile Club Open Fall 2019. So you know that these smartphones are able to handle your intense PUBG battles.

Vivo V17 is a fascinating smartphone with a massive 4500mAh battery, 48MP rear quad camera setup, Snapdragon 675 all packed under the hood. It’s officially announced and set to launch in India with the price tag of INR 22,990. So far we do not have any confirmation regarding the launch of Vivo V17 in Nepal. It’s not more than a month Vivo V17 Pro has launched in Nepal. Sooner or later we expect V17 also to launch in Nepal. The expected price of Vivo V17 in Nepal is under Rs 40,000. With the features that V17 is packed, I think its worth that price. Stick with us for the updates regarding Vivo V17 availability and pricing in Nepal.