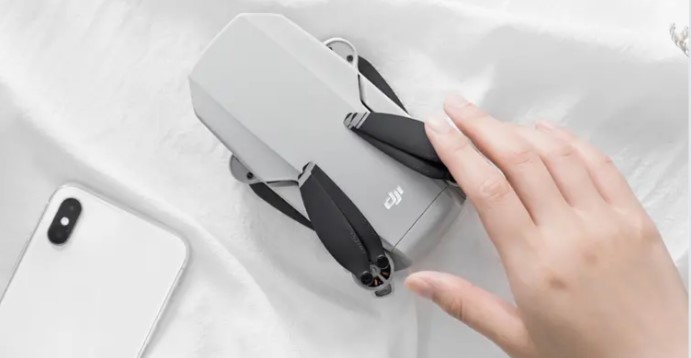 Drones, the world itself is very popular in the present time. Drones are designed and manufactured by various companies in order to fulfill public demands and need. Some demand just a toy drone for their kids or themselves, some demand drones with few additional specs of their wish and for some, drones are their partners for work such as for making videos, films, doing research in places where a man can’t go or explore places unexplored places. Drones can be used in various ways in various fields of work or for entertainment. Not just people living abroad but people of Nepal are fond of Drones as well. Using drones in Nepal has hiked for years and doesn’t seem to slow down anytime soon

There are large numbers of Drones from various companies available in Nepal but the one company which is very popular not just in Nepal but worldwide is DJI. DJI has been manufacturing drones for a while now and has been designing drones suitable for every field or for just playing with it. DJI’s has many versions of Drones and of the best drones’ series of DJI is its Mavic series. DJI Mavic series is very popular and one of the most influential drones of the series has been just launched in Nepal which is DJI Mavic Mini. DJI Mavic Mini Price in Nepal is set at Rs. 55,000 and is available for pre-order in Oliz Store.

DJI Mavic Mini is light as a feather as it only weighs 249g and the body of the drone is very small in size. The Mavic Mini has a max ascent speed of 4m/s, max descent speed of 3m/s and a max speed of 13m/s if there is no wind. DJI Mavic Mini’s 2400mAh battery also provides power up to 30mins of flight time on a single charge. For recording videos, DJI Mavic Mini comes with 12MP, f/2.8 camera sensor fitted in a gimbal. DJI Mavic Mini offers 720p/30fps of Live view quality and Enhanced Wi-Fi Video transmission system. It also supports SD card up to 256GB and its controller features Lighting port, Micro USB port and a Type-C port for connectivity.

DJI Mavic Mini has four copters or quadcopters to say which help them to take flight and to fly. At first glance, it looks as attractive and minimalistic as its larger Mavic siblings do. The design of the Mavic is very compact and eye-pleasing. The arms of the Mavic Mini are foldable and when folded it becomes as small as a regular phone does. And oh yeah, you can just grab it, fold the arms and put it in your pocket or somewhere else on the go. It weighs just 249g and the compact design makes it surprisingly portable.

Because of this lightweight, the drone bypasses the rule of registering the drone and the pilot. On the front of the drone, we can see a 3-axis stabilized 12MP, f/2.8 camera which is shielded and protected by a removable camera guard. Yes, you heard me right the camera guard is removable and you can remove it right after using/flying the drone. The back part of the drone consists of exposed microSD card slots along with a micro USB port for charging and a battery flap where you can find the battery.

Controller and the DJI Fly App

The controller of the Mavic Mini is very lightweight and compact and doesn’t feature a display like other few drones’ controllers do. Instead of having a display, the controller unfolds to hold a smartphone. It can hold both Android smartphones and iOS smartphones. It has a micro USB port for charging and it also works on connecting it to a phone and has two joysticks for controlling the drone’s movement and two antennas for receiving and sending signals.

The controller holds a smartphone just below the joysticks which makes the Live view look easy and feels as if the smartphones are part of the controller. The controller itself comes with a 2600mAh battery and can provide HD Video transmission from a drone over 4km of distance which is pretty impressive.

Coming to the DJI Fly app, the app has been updated and looks a bit refreshed now. DJI Fly app has guides and example videos that show how to fly and control drones along with giving knowledge about settings. The app can show the Live View of the drone, gives options to change shutter speed and ISO on video settings. It also can change flight parameters like altitude and distance. The app can do a lot more stuff and the list go on and on.

The 3-axis gimbal helps the camera to record good rock-solid and sharp videos even if the drone may look jumpy.  As for photography, the camera sensor of the drone can capture super good high-quality images. The images both at daylight and in low light are really great.

The flight performance is really amazing at DJI Mavic Mini even if it is lightweight and has a small dimension size. It is very stable and flies at a very good fast speed on Sports mode and on other modes, it is as good as it should be. It can also transmit and exchange signals up to a distance of 4km which sounds even amazing just to hear. DJI Mavic Mini connects via Wi-Fi and transmits the Live View Video to your phone running DJI Fly app while plugged with the controller. But the drone does not have Type-C connector or obstacle avoidance sensors. But DJI Mavic still has a Vision sensor and a GPS Precise Hover which is integrated just perfectly.