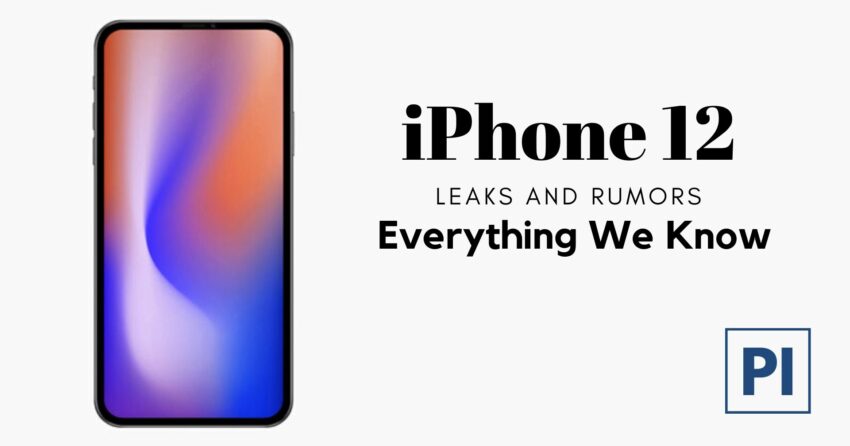 iPhone needs no introduction when it comes to manufacturing smartphones and other electronic devices. iPhone brought its first smartphone back in 2007 and is currently one of the leading companies in the world. Last year’s iPhone X was rated as the most selling phone and this year also the iPhone 11 series was a hit. And now we are already getting iPhone 12 leaks and rumors which may launch in mid-year of 2020.

Various sources claim that the iPhone 12 may come in 3 sizes which will be 5.4-inch, 6.7-inch and 6.1-inch and the most interesting thing is that the display could be 120GHz OLED and could even adopt Apple Watch’s low-power LTPO display technology.

The chipset is also leaked to come with Apple’s latest A14 Chip which is currently in works. This A14 Chipset would be smaller, faster and more battery efficient than A13 chipsets which were used in the iPhone 11 series.

The front camera of the iPhone 12 is also set to be upgraded and the front bezels are set to be decreased than last year’s iPhone 11 series according to leaks. A small but better camera lens is to be used as a front camera which would result in making the front bezels really thin and exclusion of the notch. AMS also announced new camera sensor technology which would use the RGB light and IR proximity sensor for the front-facing TrueDepth camera system.

Another interesting leak we got was that the iPhone 12 could come with 5G connectivity after using Qualcomm’s modem chip instead of Intel chips. The leaks suggest that the chipsets Apple will be using in iPhone 12 could be Qualcomm’s X55 5G modem which would able to download files at 7GBps and upload at 3GBps. iPhone 12 series could launch in September 2020.