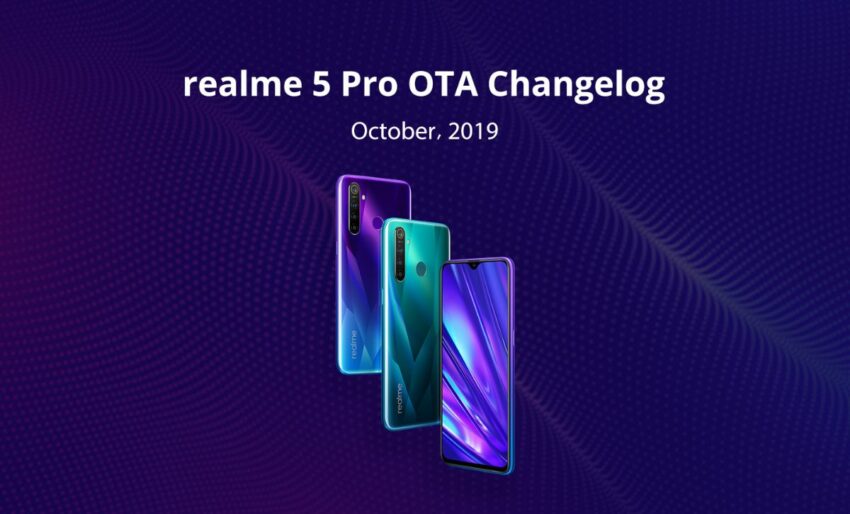 Realme recently pushed new software updates for the Realme 1 and Realme U1 with system-wide Dark Mode feature and October 1, 2019 security patch. And just today, the company rolled out a new firmware update for the August-released Realme 5 Pro.

The new firmware update is versioned as RMX1971EX_11.A.11 and has enabled system-wide Dark Mode feature. Besides, the update also activated a wide-angle video recording feature with an 8MP ultra-wide angle the 5 Pro already sports. Before, only Realme X2 and X2 Pro had this wide-angle video recording feature. Other than those features, with the update, the Realme 5 Pro is now on October 5, 2019 security patch level (previously on August 5, 2019).

The OTA update is being rolled as we write this, which is limited to fix a number of users initially. And will be pushed broadly if no bugs are reported.