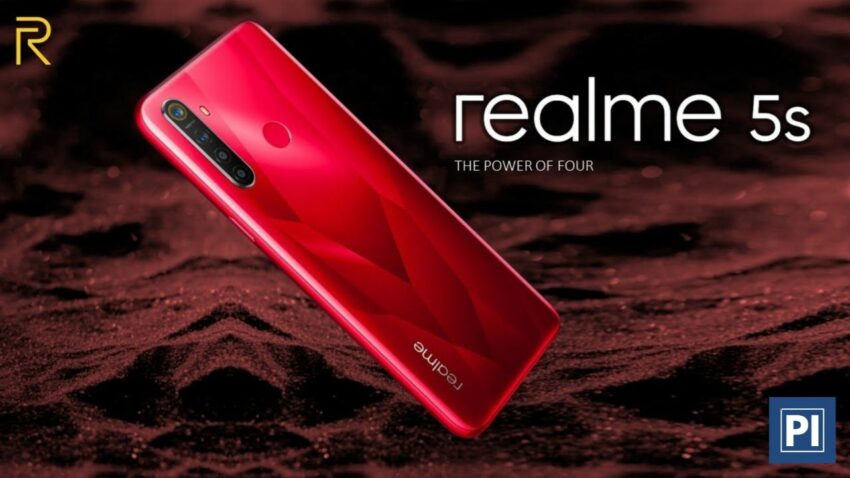 Realme 5s launched on November 20, which is a successor to Realme 5 and Realme 5 Pro. Realme 5, Realme X2 Pro and Realme XT came as a solid mid-range which offered more features than its price tag. Realme 5s is also set to compete in the mid-range segment and offers a lot of features.

Realme 5s comes with a great 48MP camera sensor fitted in a quad rear camera setup which makes it a perfect phone for photography loving people. Realme 5s also comes with a powerful processor to deliver performance and a great battery which can last through a day. Realme 5s price in Nepal could be around Rs. 16,000 as per our speculations when it hits Nepal’s market.

Realme 5s comes with a 6.5-inch IPS LCD display with a resolution of 720x1600p which also holds a water-drop notch. This display can provide a decent experience to its users but not great because the display is not Full HD. It would have been better if the display was Full HD but the 720x1600p display doesn’t disappoint in its performance.

Coming to the design, Realme 5s will have a plastic built. The back panel of the phone seems glossy in finish and has a diamond pattern carved into it which gives it a unique like. On the top left corner of the back panel, we can see a quad-camera setup aligned vertically supported by an LED Flash. We also can see a Fingerprint scanner mount aligned at the middle and a Realme logo at the bottom left. The right edge of the phone has a power button whereas volume rockers on the left edge and a 3.5mm headphone jack and micro USB 2.0 at the bottom edge.

Realme 5s comes with an AI rear quad-camera setup; 48MP primary sensor, 8MP sensor, 2MP sensor, and another 2MP sensor. Which camera sensor is of which type question hasn’t still been answered by Realme. Realme 5s has stepped up its game in camera and has provided a really good camera since and we hope Realme 5s won’t be any different.

As for the front camera, Realme 5s comes with a 13MP front camera setup which is fitted on the water-drop notch. 13MP camera sensor can do a very good job of snapping selfies and recording a normal video.

To deliver performance, Realme 5s is equipped with Snapdragon 665 chipset, 2GHz octa-core processor, Adreno 512 as GPU which is all supported by 4GB of RAM and runs on Android 9.0 Pie skinned with Color OS 6. With all these specifications Realme 5s can give a decent performance for its price.

The gaming performance and high graphics work experience will be low and the phone may even heat. Realme will definitely offer 4GB/32GB variant and 4GB/64GB storage variant and the internal storage can be furthermore extended up to 256GB via microSD card slot.

Realme 5s packs a 5,000mAh Li-ion battery which is one of the highlights of the phone but the doesn’t support any type of fast charging support which can be considered for the price tag. The mammoth battery can easily last through a day without any worries or problems.

As for connectivity, Realme 5s will come with all the common ad necessary and sensors found in a smartphone along with microSD card slot, 3.5mmm headphone jack, USB 2.0 port for connecting and active noise cancellation dedicated mic.

The price of Realme 5s has been announced in India and will be going on sale in its official stores, online shops and mainly on Flipkart. The priced is marked at INR, 9,999. It will surely hit Nepal’s market fast and when it does, we expect, Realme 5s price in Nepal could be around Rs. 16,000 as per our speculations. The Red color variant is fixed whereas other color variants are yet to be announced.