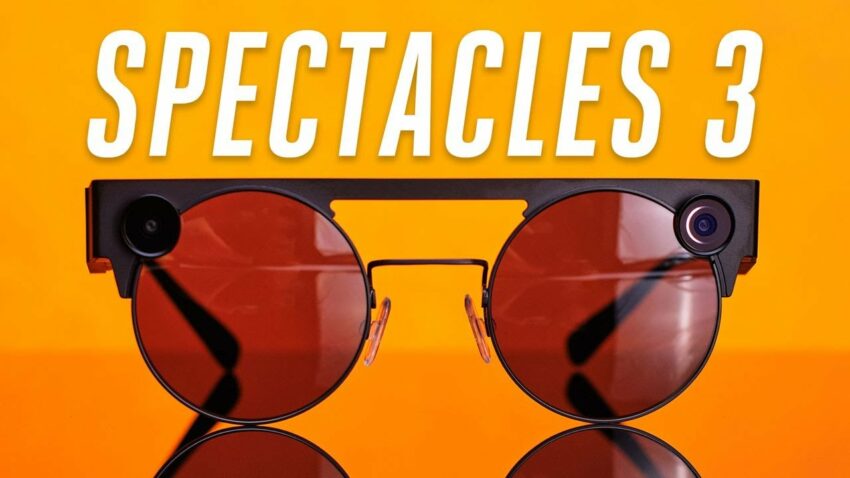 Snap has launched Spectacles 3 today 14/11/2019 with a new refreshed sleek design. This is the third generation Spectacles from Snap, previously the Spectacles 1 was really appreciated by Snapchat fans and made a good sell which made the company to manufacture even more but they never sold the entire manufactured Spectacles 1 which cost them the loss of 40 million dollars. When second-generation Spectacles 2 arrived, it made a quiet buzz because it came with water-proof ability and was able to snap still photos through the camera that was attached to it. Even though only Snapchat fans appreciated the product whereas others didn’t care, so the sales were not good as expected. This time around Snap has launched its third generation Spectacles 3 with more improvements, added features, and a refreshed design.

Snap claims that Spectacles 3 design is forwarded towards fashionable and creative audiences, not just for Snapchat users and its fans. Spectacles 2 looked like a toy and had a lot of complains were collected by its buyers, so this time Snap listened to its audiences and used refreshed new polarized the design and made it serious. The design feels as if a real spectacle has been used on top of addition to all the functioning components for Spectacles 3. It also a stainless steel frame that may not make every user feel comfortable but looks very stylish and fashionable at the same time. We can see a giant steel bar running from one side to another on top of the spectacle may feel very unusual to some audiences but very unique to other audiences.

The second camera of Spectacles 3 gives it the ability to capture depth for the first time. New 3D effects have been added which takes advantage of depth perception. More Depth effects will be added by the company ad company will also let independent developers to create their own Depth Effects. These 3D depth effects integrate will real world with Snaps to create videos or Snaps for Snapchat. These Spectacles can capture photos and videos after tapping a button that users can find on top of the Spectacles 3 and can be shared with Android devices or iOS devices to edit, send or share on social media apps. Spectacles 3 are able to capture photos at 1642x1642p resolution and videos at 1216x1216p resolution.

Coming to the storage, Spectacles 3 has 4GB of storage where users will be able to store 100 videos or 1200+ photos. Spectacles 3 have the same battery as its previous generation predecessor Spectacles 2. Spectacles 3’s battery can provide juice up to capturing 70 videos and 200 more photos which is more than enough for even a crazy Snapchat fan who updates its Snap every hour. Spectacles 3 can be charged via its charging case. Charging case sports a USB-C port to recharge itself in 74 minutes.

Spectacles 3 comes in two color variants; Mineral and Black. These colors feel as if Mineral color is targeted towards females whereas Black is for males. The color on both of the spectacles feels really modern, fashion forwarded and stylish.

The Spectacles 3 are priced at $380 which really feels expensive. The previous generation of Spectacles was priced at $150 and $200 respectively and this time it has bumped into $380 which makes the price tag really unfair. Spectacles 3 is currently going on sale in Spectacles.com.