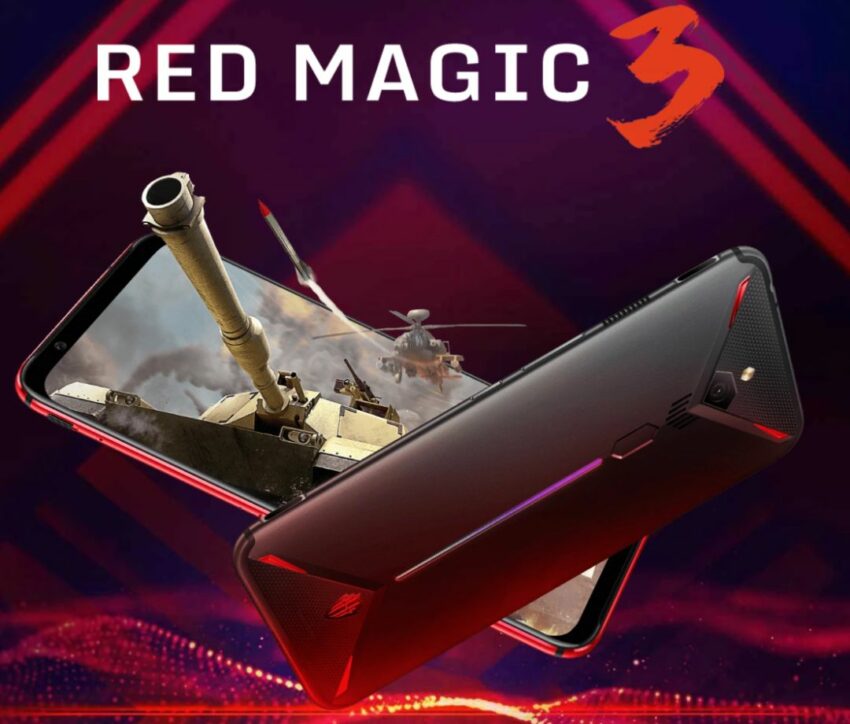 Mobile gaming is gaining its popularity rapidly in Nepal. Especially, after the release of PUBG Mobile. Now, everyone is into this game so much. Not only that Call of Duty (COD): Mobile is officially released. Fortnite had also released its Mobile version in 2018. All of these battle Royale games are in the hype. But the big question lies within here. Which mobile to use for gaming? Is it Nubia Red Magic 3? What is the price of Nubia Red Magic 3 in Nepal? Let’s have a look.

Ultra-widescreen is a must for gaming. Red Magic 3 flaunts its 6.65-inches AMOLED ultra-wide touchscreen of 1080 x 2340 pixels resolution. This AMOLED screen is protected with Corning Gorilla Glass 4. The most compelling feature about Red Magic 3 is that it has a 90Hz refresh rate (that’s similar to OnePlus 7T and 7 Pro). 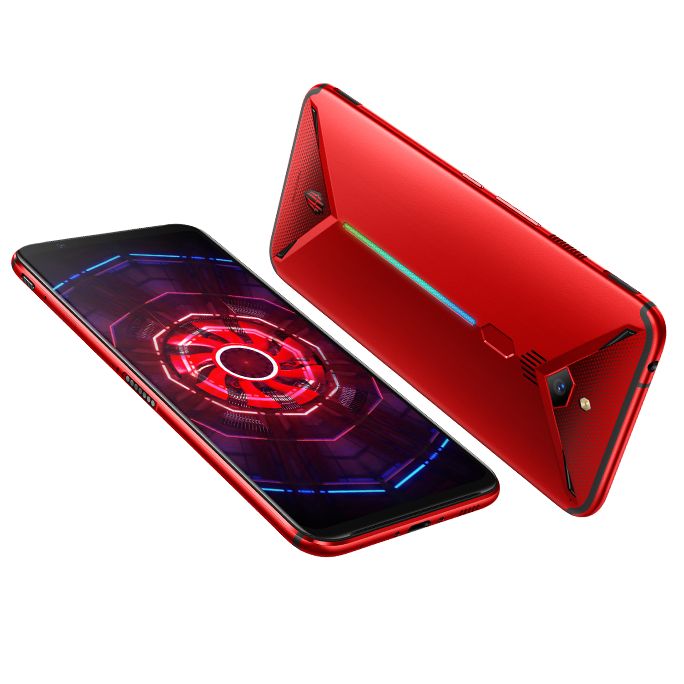 Red Magic 3 has an aluminum body with an RGB light panel on the back. You can find pressure sensitive zone on the edge of the phone. On the fascia, there is thin-but-noticeable bezel on the top (better than iPhone 11’s infamous notch) which is home for a selfie camera, and chin on the bottom. Undoubtedly, being a gaming device, there sure you’ll find a 3.5mm audio jack is resting on the top edge. But there’s more, for a better and immersive experience, the Red Magic 3 has dual front-facing stereo speakers too.

On the back of the Red Magic 3, there’s an LED flash, followed by the rear camera then side vent that allows the ejected air to flow out, fingerprint sensor and finally RGB panel. And did we mention, on the left edge, there’s “Gaming Port” that lets you connect a Magic Adapter, which then can be used to connect PC for live game streaming, a headphone, a high-speed ethernet, and charge via USB Type-C cable simultaneously! Besides, the Gaming Port, on the same left edge, there is also a dual-SIM card slot and a “Game Space 2.0” switch to enable gaming mode instantly. Likewise, on the right edge, there are two capacitive triggers, and a power button, exhaust fan, a volume rocker between those two.

Execution is constantly a thing of a worried in the gaming gadgets. Furthermore, the Nubia Red Magic 3 has that all secured. In fact, performance is the factor where Red Magic sparkles on the top. Red Magic is powered by powerful Snapdragon chipset ‘Snapdragon 855 (7 nm)’ and has Adrena 640 as GPU. Red Magic 3 runs on Android 9.0 (Pie), RedMagic 2.0 and is fueled by a monstrous 5000mAh battery. To catalyze this monstrous battery, there is 18-Watt fast charging and Quick Charge 4+. And not to mention, this fast performing chipset with monstrous capacity battery is the perfect combo for gaming.

Now you may be thinking about the thermal issues and heating problems during intensive gaming. Well, not to worry about that as Red Magic 3 is the first of its sort to have joined a real fan to keep the temperature to minimum and flexible. It’s just out of the box to have an in-built cooling fan. To forestall overheating, the firm has incorporated the gadget with dynamic cooling with turbofan which makes it 5x progressively proficient in cooling and keeping the device cool for a more drawn out period. The Nubia guarantees that the in-built exhaust fan is equipped for bringing down the gadget’s temperature up to 16-degree Celsius. The temperature drops down up to 16-degree Celsius, it’s just unthinkable.

You can even add an external fan provided by the company with all the necessary ports on it. This puts the device on a higher level. The device comes in 8 GB of RAM and 128 GB storage variants. Red and Black are the available color in Nepal. Intensive games like PUBG, COD: Mobile and another battle royale can be played at high framerates with a 240Hz touch response rate with high-end performance. Red Magic 3 has step-up mobile gaming performance.

In Nepal, Red Magic 3 is a pioneer in gaming smartphones. The cooling features that Red Magic presents are totally fascinating. In-built turbofan with liquid cooling technology, 8GB RAM, and Snapdragon 855 (7nm) chipset with Adrena 640 GPU and massive 5000mAh battery are things to be considered. To have all these right under the hood is visionary and Nubia Red Magic 3 has turned that vision into reality with Red Magic 3. The price of Nubia Red Magic in Nepal is Rs 59,999 for 8/128GB variant.

The Nubia Red Magic 3 is exclusively available to buy on Daraz as of now.