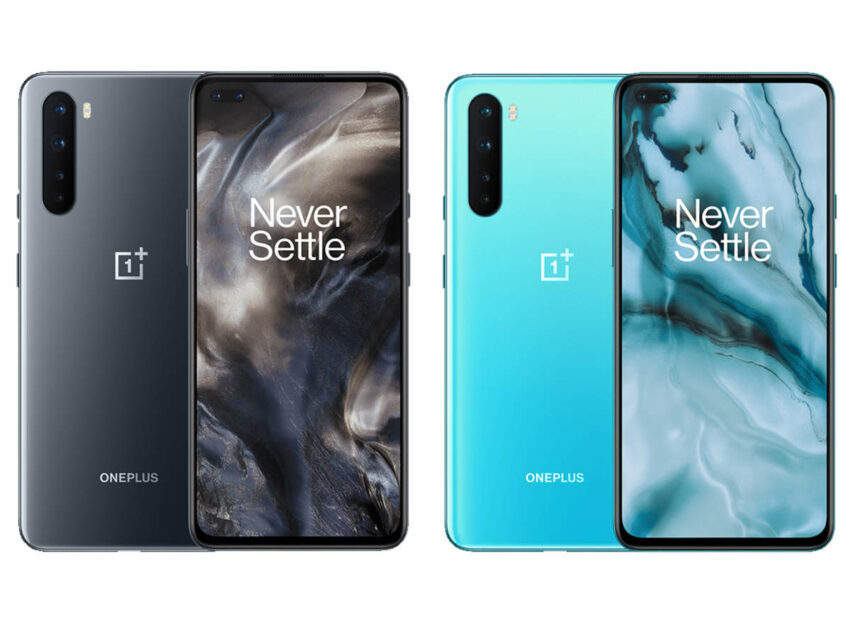 OnePlus created a lot of buzz in the smartphone market with the release of the most awaited series OnePlus 8. This brand is well-known for its killer value since the beginning. As OnePlus offered devices with all great specs that the other flagships had but at a lower cost, it was given the title of ‘Flagship Killer’. With the introduction of the latest OnePlus 8 series, OnePlus ruled the market. This brand uplifted itself from being a flagship killer to a flagship itself. Now OnePlus is here with the OnePlus Nord as the latest addition in the OnePlus 8 series. The OnePlus Nord price in Nepal is set for NPR 53,999 for the 8/128GB top-tier model.

OnePlus Nord houses 6.44-inch fluid AMOLED having 1080 x 2400 pixels. This device has an approximately 86.7% screen-to-body ratio with a 20:9 aspect ratio. We have Corning Gorilla Glass 5 on both back and front. Similar to other models, this device also boasts a 90Hz screen refresh rate. 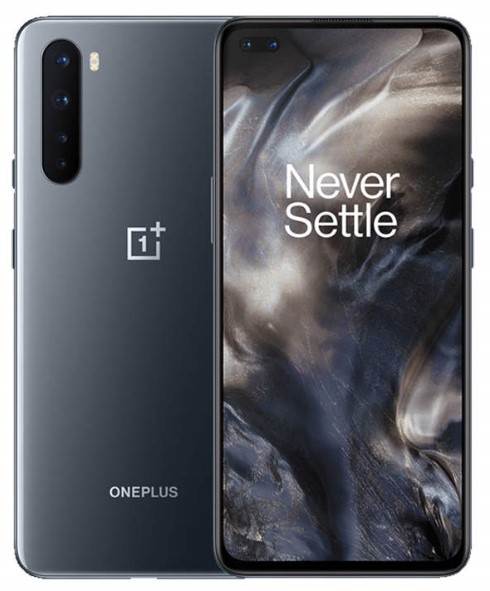 Looking at the aesthetics of the device, it has a sleek display with a dual punch-hole cutout on the top and a slightly visible chin on the bottom. The Phone has a glass sandwich design, with glass in the front and back with an aluminum frame in the middle. There’s an under-display optical fingerprint sensor as well. Sadly there’s no sight of the headphone jack. You have to rely on the wireless buds. There’s a power button accompanied by the notification slider on the right while the volume rockers are placed on the left edge of the device.

OnePlus 8 series is the first series to have a rear quad camera setup. Similar to that of OnePlus 8 Pro, this device also houses quad-camera lenses. On the selfie department, we have a dual-lens. This consists of 32MP (wide) + 8MP (ultrawide). The dual punch-hole confines these lenses. With the dual selfie lens, you can shoot videos 4K@30/60fps, 1080p@30/60fps. 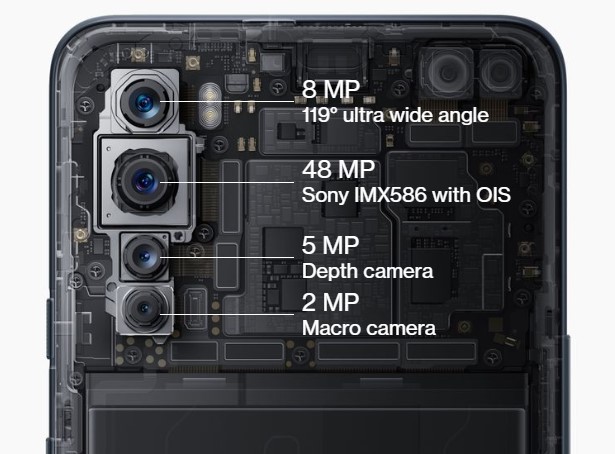 For the rear camera setup, we have a total of four lenses. This setup consists of 48MP (wide) + 8MP (ultrawide) + 5MP (depth) + 2MP (macro). The main sensor is the 48MP Sony IMX586 sensor. This rear quad camera setup is aligned vertically on the top-left corner. With the 48MP quad-lens users can shoot videos 4K@30fps, 1080p@30/60/240fps, gyro-EIS. There are a bunch of camera features and shooting modes like portrait, nightscape, super macro including pro, plus Full HD, slow-motion video capture at 240fps, and also 4K recording.

Powering the OnePlus Nord Qualcomm SDM765 Snapdragon 765G (7nm) is coupled with octa-core CPU and Adreno 620 as GPU. Looking at the chipset it is different from the one we have seen on other devices from the 8 series.

Globally there are only two variants available, 8/128GB and 12/256GB. However, Amazon India will be selling a 6/64GB variant exclusively in the country. None of these variants will come with expandable memory card slots. This device runs on Android 10 alongside OxygenOS10.0. It also has 5G support. As for the battery we have a 4115mAh power pack that supports 30-watt warp charging. As per the officials, this will result in 70% of charge within 30 minutes. For the charging port, we have standard USB Type-C placed on the bottom edge.

The OnePlus Nepal official has teased the arrival of the device here in Nepal and already available for pre-orders at Oliz Store. The OnePlus Nord price in Nepal is set for NPR 53,999 for 8/128GB variant.