Prabidhi Info › Gadgets › OnePlus › OnePlus 8 Pro unveiled: The “Flagship Killer” is now a flagship in itself 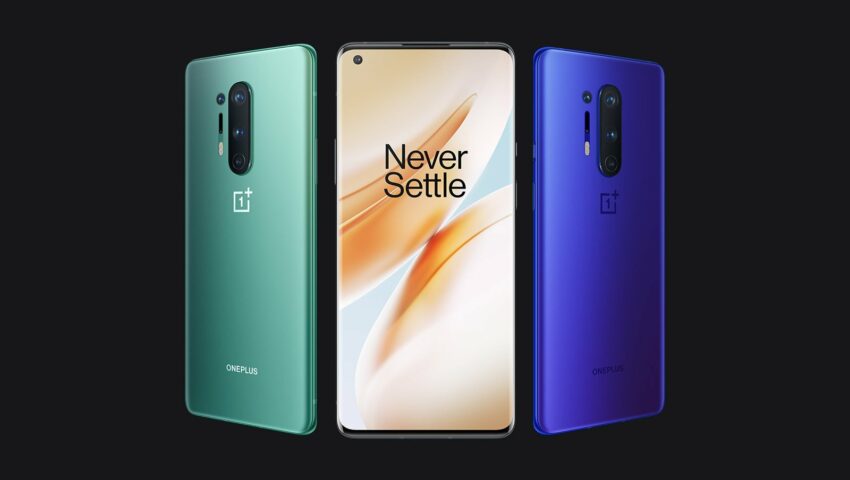 OnePlus has been known for its killer value since its origin. Soon after the birth of the brand in 2013, it was given the title of “Flagship Killer” as it had all the great specs that the flagships had but came in lower cost. Due to this, the company has been able to continually grow its market. Fast forward to 2020, OnePlus 8 lineup, which has been speculated and its specs leaked for a couple of months now, has finally been launched. As the world is fighting with the COVID 19, OnePlus decided to launch its new series via an online event. The event started with the launch of OnePlus 8 Pro followed by OnePlus 8.

Going by the spec-sheet, the device has awesome hardware and stunning looks. But OnePlus has always lacked some features that have been asked by the customers. Looking at the starting price of $899, if OnePlus had decided to not include those features, fans of the brand would have been very angry. But luckily, OnePlus is finally delivering. Without further ado, let’s dive into the offering of the device — OnePlus 8 Pro.

Starting with the design, the device sports a curved glass at the back and comes in two finishes: gloss and matte-frosted option. In the middle is the aluminum frame with glass in the front making the device a glass sandwich design. The right side of the phone has the phone unlock button accompanied by the notification slider. The left side of the phone houses the volume rocker switch and on the bottom, there is a USB C charging port accompanied by the speaker grill.

As for the display, the OnePlus 8 Pro sports a 6.78 inch AMOLED panel with a QHD+ resolution (3168×1440). It is an awesome screen but unfortunately, it is not a fullscreen display like the OnePlus 7 Pro had. OnePlus has ditched the popup camera in favor of the punch-hole cutout to house a selfie camera for the front. Even though there is a punch-hole on the screen, OnePlus has done a very good job of reducing the size of the cutout.  The punch-hole comes at around 3.8mm and will not be very intrusive. Punch-hole also means no physical hardware to worry about.

Another main feature of the display is the 120hz refresh rate. OnePlus has yet again increased the refresh rate of the display from 90hz to 120hz. Even though it is very difficult to notice any difference between 90hz and 120hz, the higher refresh rate will make sure to provide butter smooth experience. But not all videos are shot in 120fps, to make those videos smoother, OnePlus is using a feature they call MEMC (Motion Estimation Motion Compensation). This will run the lower frame rate videos in higher frame rates giving the smoother viewing experience. The display is also capable of reaching 1300 nits of peak brightness and according to the company, is given the highest rating of A+ by the Display Mate.

One field that OnePlus has always been lacking is in the camera department. To keep the price low of the devices, Oneplus had to cut some corners and cameras of the device would be the one to take the blow. But from the past couple of iterations, OnePlus is trying to change that and has significantly improved the camera experience. With OnePlus 8 Pro, the company is offering a quad-camera setup for the first time. The primary lens used in the device is a 48MP Sony IMX689 sensor accompanied by another 48MP Sony IMX586 Ultrawide lens, 8MP 3X telephoto lens, and a 5MP depth sensor.

The 48MP main sensor, according to OnePlus is a custom sensor designed by Sony for OnePlus and is a 1/1.4” one and supports Dual Native ISO. The Dual Native ISO of the sensor is capable of taking good photos even in very low light situations. The wide-angle camera of the phone is an IMX586 sensor that is used in many of the flagship phones. The telephoto lens, on the other hand, is capable of 3x hybrid zoom as well as up to 30x digital zoom. On the front, housed inside the punch-hole, is a 16MP sensor for taking selfies

Talking about performance, the OnePlus 8 Pro is powered by the Snapdragon 865 processor which is bundled with up to 12GB of LPDDR5 RAM and 256GB of UFS3.0 internal storage. The storage used in the device is very fast and is capable of turbo write. The processor is also accompanied by X55 modem from Qualcomm making the device 5G ready. The modem used in the OnePlus 8 Pro works in both mmWave as well as the Sub-6 spectrum, giving it a super fast speed.

OnePlus 8 Pro also comes with stereo speakers and supports Dolby Atmos. The earpiece of the phone acts as a second speaker for the stereo sound. For the battery, the device packs a 4,510 mAh battery which is 10% bigger than the predecessor OnePlus 7T Pro. The battery supports Warp Charge 30T and is capable of charging the device from 0 to 60% in just 30 minutes. Not only that OnePlus 8 Pro also comes with a wireless charging feature. This is the first time, OnePlus has given the wireless charging feature and we are not complaining. The wireless charging that the company has named Warp Charge 30 wireless is capable of charging the phone from 0 to 50% in 30 minutes.

As for the software the device runs on Android 10 with OxygenOS 10.0 atop. The OxygenOS has also been improved and will come with a new dark theme and dynamic wallpapers that will change according to weather. Other important features of the device include Amazon Alexa ready, Stadia support, WIFI 6, 5G, USB Type-C, reverse charging, Bluetooth 5.1 and under-display fingerprint scanner. The OnePlus 8 Pro is available in three color variants: Onyx Black, Glacial Green, and Ultramarine Blue.

The brand that got started with a tagline “Flagship Killer” is now a flagship itself. In fact, looking at the pricing, it seems “it has become the very thing it swore to destroy”.