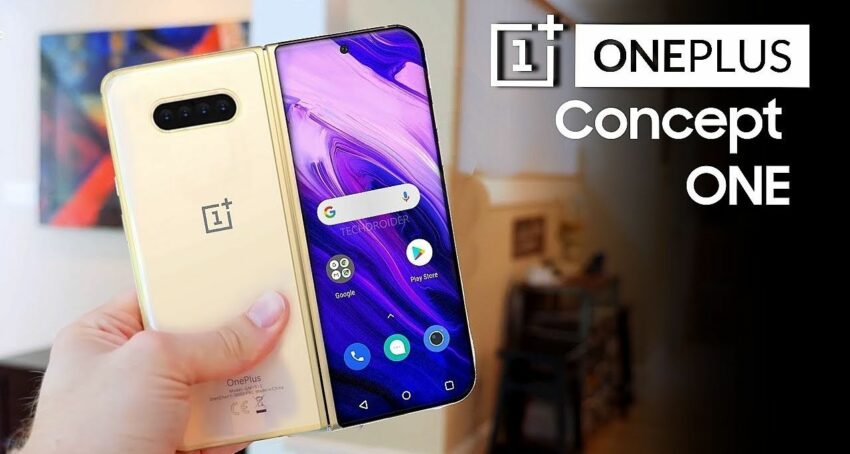 Last week, OnePlus announced that the company would be announcing its first-ever concept phone which will be called OnePlus Concept One in early January in CES 2020 Las Vegas. This event will be a perfect place and the time will be just perfect because its OnePlus’s sixth anniversary is near. It would be perfect for OnePlus to celebrate its sixth anniversary with the announcement of this OnePlus concept foldable phone. OnePlus is also rumored to announce OnePlus 8, 8 Pro and 8 Lite at the same event.

A report out of South Korea claimed that this concept phone from OnePlus will be a foldable phone. The reported didn’t state what kind of foldable but we can guess that it could likely be foldable like Moto Razr. It wouldn’t surprise us if it came out as a foldable similar to Galaxy Fold, Mate X, Escobar Fold 1 or even Microsoft Surface Duo. But it will a surprise if OnePlus brings up a warp around display phone like Xiaomi did with Mi Mix Alpha, which is a possibility.

OnePlus and tech enthusiasts all around the world are excited to see which design will OnePlus bring into their first-ever concept phone. It might be the most fresh, unique and completely new design or like normal foldable which are in trend and luxurious state now, who knows that. We can’t wait to see what OnePlus brings in January CES 2020 at Las Vegas.

This week, famous tech YouTuber Marques Brownlee also known as “MKBHD” hosted himself a Smartphone Awards 2019 just like does every once a year. MKBHD chose OnePlus 7 Pro as the MVP “Best phone of 2019” award.