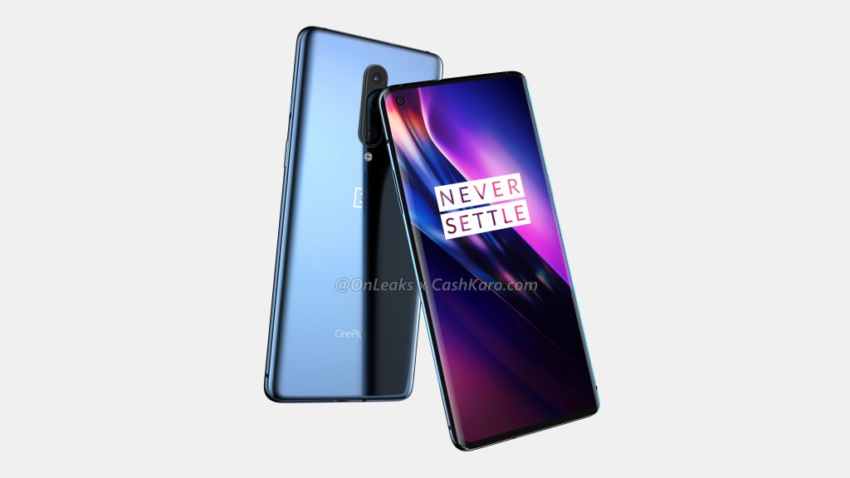 It’s not even a month after the release of OnePlus 7T, we have leaked images of OnePlus next flagship OnePlus 8. The leaks have come from OnLeaks (with Cashkaro). This renders us with the very first look at the design of OnePlus 8, its design, of course, the cameras.

So what does the leaked OnePlus 8 have?

Right of the bat, we can see that the OnePlus 8 will be the first flagship from OnePlus to have a truly curved 6.5-inches display. This time around there are no pop-up selfie cameras. OnePlus is said to have a punch-hole display notch that will confine the selfie camera on the top-left corner. As for the rear camera, we can see there is a triple camera setup vertically aligned followed by an LED flash just like OnePlus 7 Pro. So far, there is no detail on the exact MP of the camera lenses. The curved display will have a 90Hz display [same as OnePlus 7T] in addition to the fluid display. It is also speculated that OnePlus 8 will have wireless charging as well. But we have no idea regarding the power rating. 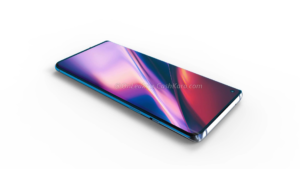 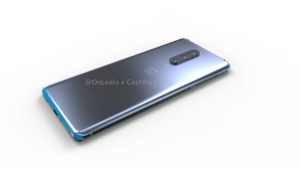 One thing we can say for sure is that OnePlus 8 will have powerful internals as well as the externals like we have seen in the previous OnePlus flagship. Rumors are there that OnePlus 8 will be powered by the latest Snapdragon chipset. Overall OnePlus will bombard the smartphone market on its arrival.