Prabidhi Info › Gadgets › Realme › Realme 5 and 5 Pro will debut on 20 August: Everything we know so far 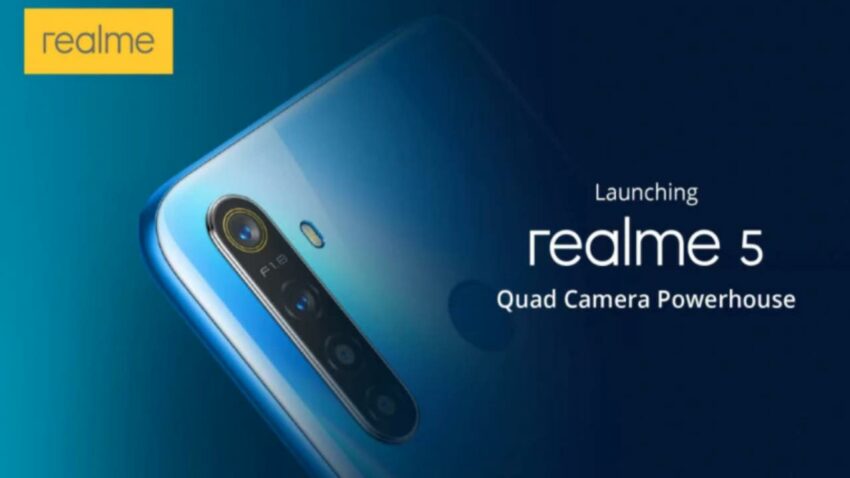 Update: Realme 5 and Realme 5 Pro are already here. Check out the final specs and why they are the best mid-range smartphones now!

Not long ago Realme had their flagship smartphone Realme X in the market, they are already prepared for another two smartphones— Realme 5 and Realme 5 Pro. Both the phones are confirmed to make a debut on August 20 in India, and here are the things we know so far about these devices.

Realme 5 Pro has been in hype for a while now and since the Realme CEO tweeted about some ground-breaking specs for the most affordable price on Aug 15, the smartphone-crowd has been in awe.

As per reports, the Realme 5 Pro will be flaunting India’s first-ever 48MP vertically aligned quad-camera setup on its back. Though the complete specs aren’t public yet, the quad-camera setup is expected to have 48MP main camera with f/1.8 aperture and 1.25-micron pixel size, followed by 119-degree FOV ultra-wide angle lens. This will be then accompanied by the other two lenses for super macro and portrait shots.

Speaking of the internals, Geekbench leak suggests the Realme 5 Pro should feature an octa-core Qualcomm Snapdragon 710 chipset paired with 8GB of RAM. However, another leak from GizmoChina hints the phone might come with Snapdragon 712 SoC, just like one on Vivo Z1 Pro. Apart from this, there is no information on how many storage variants the phone will have.

On the display part, the phone is expected to sport an AMOLED display with an under-screen fingerprint scanner. In addition to that, Realme 5 Pro will pack a battery with VOOC Flash Charge 3.0 technology underneath. The company claims, the phone can be charged for 55 percent with 30 mins of a plug-in.

Unlike the Realme 5 Pro sibling, Realme 5 is regular version and will also rock quad-camera setup on its rear panel except it won’t have 48MP sensor as the main camera. However, the device still manages to be the world’s first quad-camera phone under INR 10000.