Samsung Note series has always been about showcasing how complete a smartphone can be. But is it? Look at the review and specs down below to be the judge of the newest additions of Note family of 2019— Galaxy Note 10, Note 10 Plus and Note 10+ 5G.

One of the major changes you would notice in this year Note series is DESIGN. As 2019 has been about the punch-hole camera for Samsung, Galaxy Note also adopts the same design as its siblings— Galaxy S10 and S10 Plus. However, unlike the camera cutout on S10 boys at the top-right corner, it moved to top-center on Note 10s.

As seen on S10 and S10 Plus, both of Note and Note+ display is equipped with an under-screen fingerprint scanner and is protected by Corning Gorilla Glass 6, with improved resistance to scratch and impact compared to GG5 on the Note 9.

In process of achieving of bigger-yet-lighter Note, Samsung chose to sacrifice headphone jack on this year Note. Honestly, at this point, headphone jack or no-headphone jack doesn’t matter anymore as most of the flagship smartphones have already moved past that.

Without the S-Pen, the Note is incomplete, so, on the bottom edge of the phone, there is an S-Pen slot sitting at the right corner, speaker grill next to it, and USB Type-C in the center. And on the left edge of the phone, you’ll find a volume rocker and the power button. Unlike the Note 9’s dedicated Bixby button, the power button on Note 10, however, works as a Bixby button too, when pressed and held down for a few seconds. Which brings to a clean and uninterrupted right edge side of the phone.

The Note lineup always had powerful and impressive camera specs if compared to Galaxy S lineups, but this doesn’t seem true anymore with the latest Note 10 series. If you are familiar with the S10 and S10 Plus camera, the Note 10 also has an identical trio— 12MP main camera, 12MP telephoto lens, and 16MP 123-degree ultra-wide-angle lens.

Apart for the triple-camera on that Note 10, the Note 10 Plus has an extra “TOF 3D” depth sensor sitting right by the vertically aligned camera setup.

There is nothing exciting in the camera department, except for the fact, there are two new features for video recording; Live Focus Video and AR Doodle. Live Focus Video is something very much similar to the “Live Focus” or say, “bokeh” mode used for portrait stills, but this time it’s for video. This means you can keep subject in focus and make it stand out from the background. And for the “AR Doodle”, you can use the S-Pen to write/doddle on the top of the camera frame in a real-time.

The “Live Focus Video” is achieved via software on Note 10, however, on Note 10 Plus, ToF (Time of Flight) sensor should do a better job. 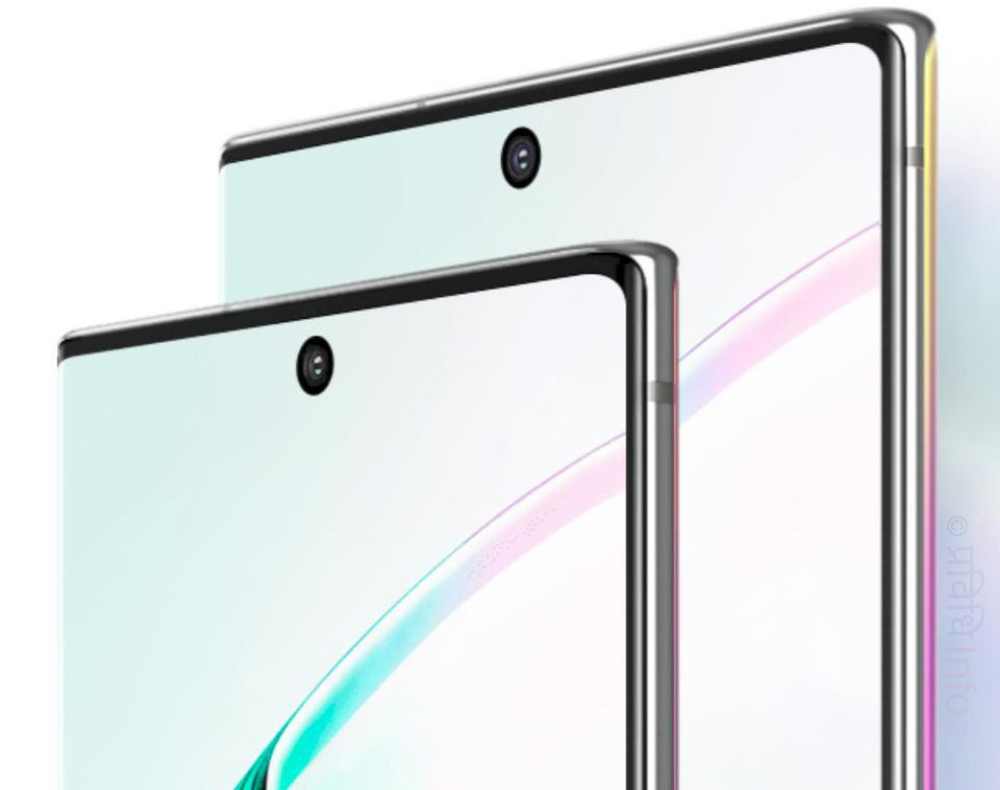 On the front, both the Note and Note Plus have a single 10MP selfie camera, which is again identical to S10 but a little disappointment when compared to dual camera setup on S10 Plus.

S-Pen and the Software: Picks up new tricks up its sleeves

S-Pen is the prime factor that draws the line between the Note 10 family from the S10 family, other than that both of the Note and the S-series share similar specs.

The S-Pen in the Note 10 family does most of the jobs as Note 9 but learns some new tricks too such as Air Actions, Handwriting Conversion, and AR Doodle. With the Air Actions’ six-axis motion sensor, the selfie lovers will be able to take remote shots, switch between different shooting modes, and zoom in/out.

The new “handwriting conversion” feature will enable the S-Pen to convert handwriting to easy-to-share printable-text. Besides, you can also highlight, markup the notes. And, Air Doodle allows doodling directly on the camera’s frame.

Besides, the S-Pen gives a premium power to easy PC-grade video editing. Not to forget, the Note 10 lineup runs OneUI interface on the top of Android 9.0 Pie.

All three models of Note 10, comes in two variants of chipset used. In Europe, the Middle East, Africa (and in Nepal), the Note 10s sees an upgraded Exynos 9825, which works more efficient than the Exynos 9820 chipset used in S10 phones. However, the US and China will have to work out with the same Qualcomm Snapdragon 855 chipset used on S10s. 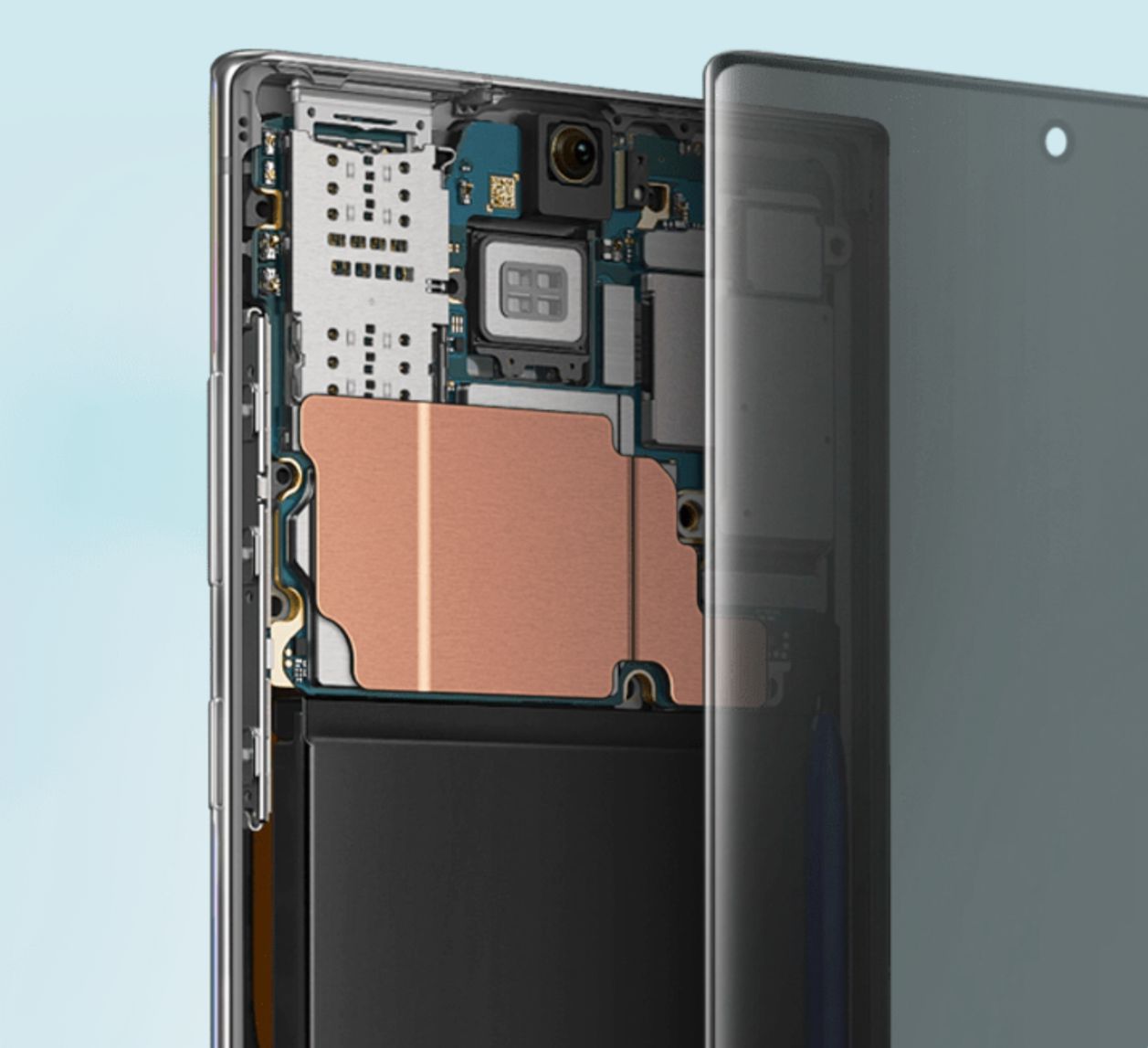 Interestingly, to enjoy the 45W super-fast charging on Note 10 Plus, you will need to spend extra bucks for the new adapter. Also, the company claims with the Note 10 Plus’ 45W super-fast charging, full day’s worth of battery can be charged in just half an hour. Addition to that, reverse charging is improved and faster than the S10 which could be used to power Qi-enabled devices such as phones, the Galaxy Watch Active 2, and AirPods.

This year Note 10 family comes in colorful options, Aura Glow being the newest one to try out with constantly color-changing back depending upon how light is interacting with it. Other than that, the Note 10 Plus shines in Aura White and Aura Black, while there are few more choices such as Aura Pink and Aura Red for the Note 10.