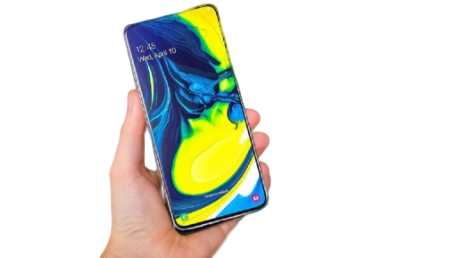 Samsung is about to launch its new smartphone in its Galaxy A series. The phone is already named Samsung Galaxy A91 but the specifications of the phone and the launch date is yet to be officially confirmed by the company.

Also, Do Read: Samsung Galaxy A90 5G launched with 5G compatibility, Snapdragon 855 and…

To deliver performance, the Samsung Galaxy A91 is expected to be equipped with 8GB RAM, Snapdragon 855 chipset, octa-core processor and Adreno 640 as a GPU which all could run on Android 9.0 on top of skinned with Samsung’s own UI named OneUI.

The Samsung Galaxy A91 could be powered by a mammoth 4500mAh battery supported by a 45W Fast Charging System which can refill 4500mAh battery really fast (15W more than Mi 9 Pro 5G). If it’s 4500mAh battery than this battery would last a day with ease. As for the storage, Galaxy A91 could have 128GB of storage option which can be furthermore expanded to 512GB via MicroSD card slot.  The storage variants and color options have not been confirmed or leaked yet. If all these specs and rumors are true then we can expect some good camera performance, good power, good gaming experience, and a pleasing design. Let’s hope this phone and its rumored specs get confirmed by the company itself and we can’t wait to see what his flagship will bring to the market.