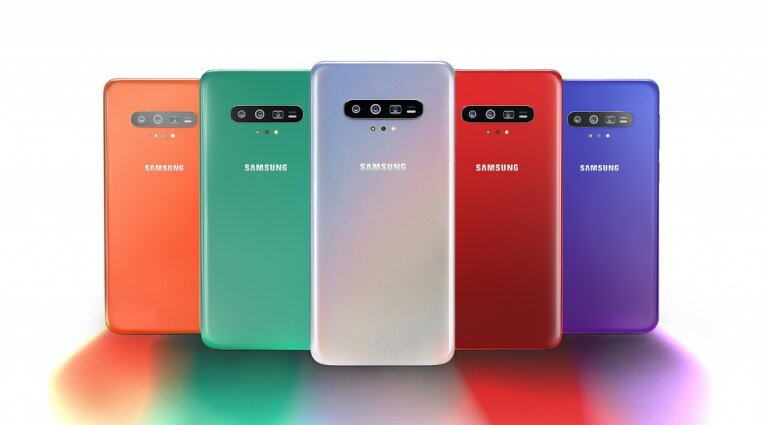 Samsung can also choose their “Aura” branding for shinier and color grading detailed layer of glass on the backside of the smartphone. Blue, Black, White, and Pink are the color which Samsung is taking under consideration for its new Samsung Galaxy S11 lineup. Samsung may also include a Green color variant because Apple’s newest Midnight-Green iPhone was also revealed and this color is expected to be in most of the next upcoming future smartphones.

Check Out: Samsung Galaxy A10s vs Galaxy A10: What’s different?

The rumor is that Apple will bring in-screen Touch ID to the iPhone 12 next falls, but Samsung could steal some of that thunder with its upcoming flagship phone. According to a new leak, Samsung is reportedly planning to improve the fingerprint-sensing technology in the Galaxy S11. Samsung will expand the size of the Galaxy S11’s fingerprint-sensing area to 64 square millimeters.

Check Out: Leaked List of Samsung devices to get Android 10 Update

The main hot-topic actually is that Samsung can point towards an entirely new camera system that could offer a powerful 64MP or even 108MP senor. And it could also sport 4 camera sensors with 5x optical zoom lens, which would surpass the 2x optical zoom on the iPhone 11 pro Max. It could also offer a Deep Fusion-like feature that uses AI to deliver the highest level of detail.