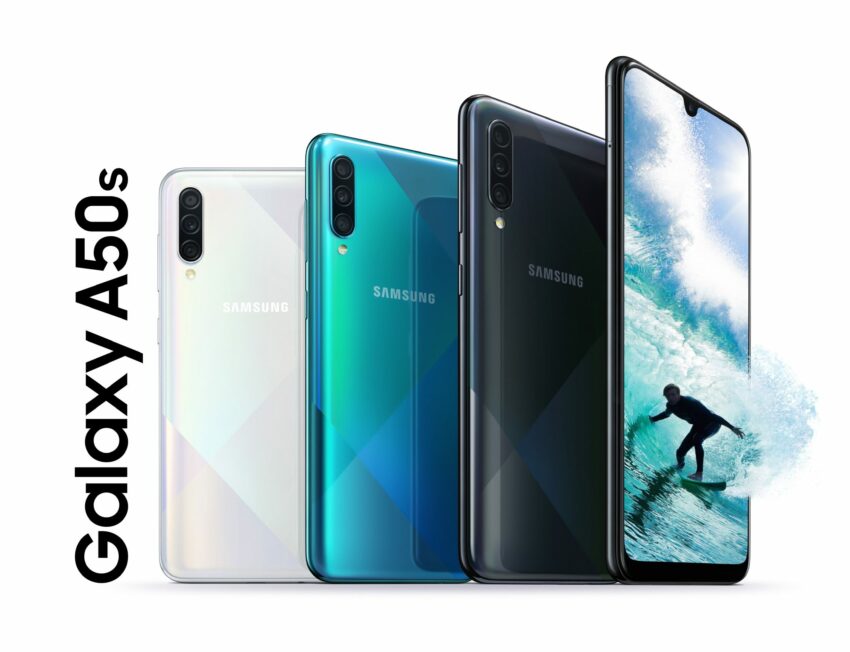 Now that leaks and rumors are put to rest as Samsung finally unveils the upgraded successor to the Galaxy A50 at South Korea. Samsung Galaxy A50s was released alongside the little brother Galaxy A30s, the successor to last year’s Galaxy A30. Now, the new contender for “best smartphones under 40000” Galaxy A50s is available in Nepal for the price of NPR 38,990.

Identical Design and Display to Predecessor A50

Samsung Galaxy A50s feels nothing but an iterative upgrade. Meaning there is no major upgrade when the phone is compared to the earlier Galaxy A50 version. The phone has very identical design and build quality to A50. It has also same front glass and plastic body with the similar placement of the vertical-aligned triple camera setup on its back. On the front, there is dewdrop notch confining a selfie camera. On the bottom edge, you will find the same USB Type-C charging port in the middle of a 3.5mm headphone jack and a speaker grille. 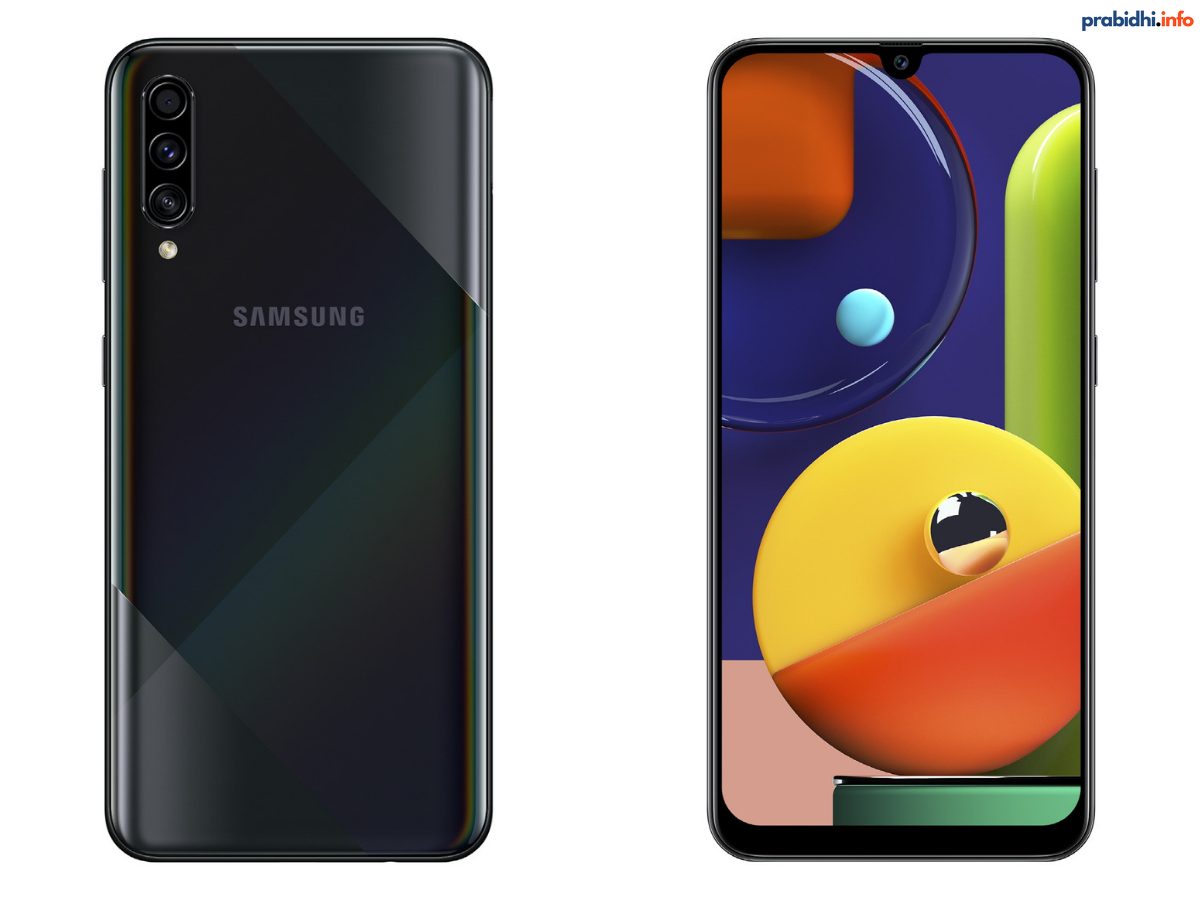 Speaking of the display, there isn’t any difference to be noted. The phone houses the same 6.4-inch 1080-by-2340 display with 403 ppi and 19.5:9 aspect ratio, protected by Gorilla Glass 3. However, the new A50s 85.1 percent screen-to-body ratio has a little extra screen on it when compared to predecessor A50’s 84.9 percent screen-to-body.

A50s sees a bump in the pixel count

As aforementioned, the A50s is not a major upgrade from A50, except it sees a bump in the camera pixels it packs. The new phone rocks a triple-camera setup with a 48-megapixel main camera compared to the 25-megapixel main camera on the A50. Other than that, this main camera is aided by an 8-megapixel, f/2.2 ultra-wide lens, a 5-megapixel, f/2.2 depth sensor. The rear cameras are capable of shooting a panorama and HDR shots, while 2160p and 1080p video recording at 30 frames-per-second. 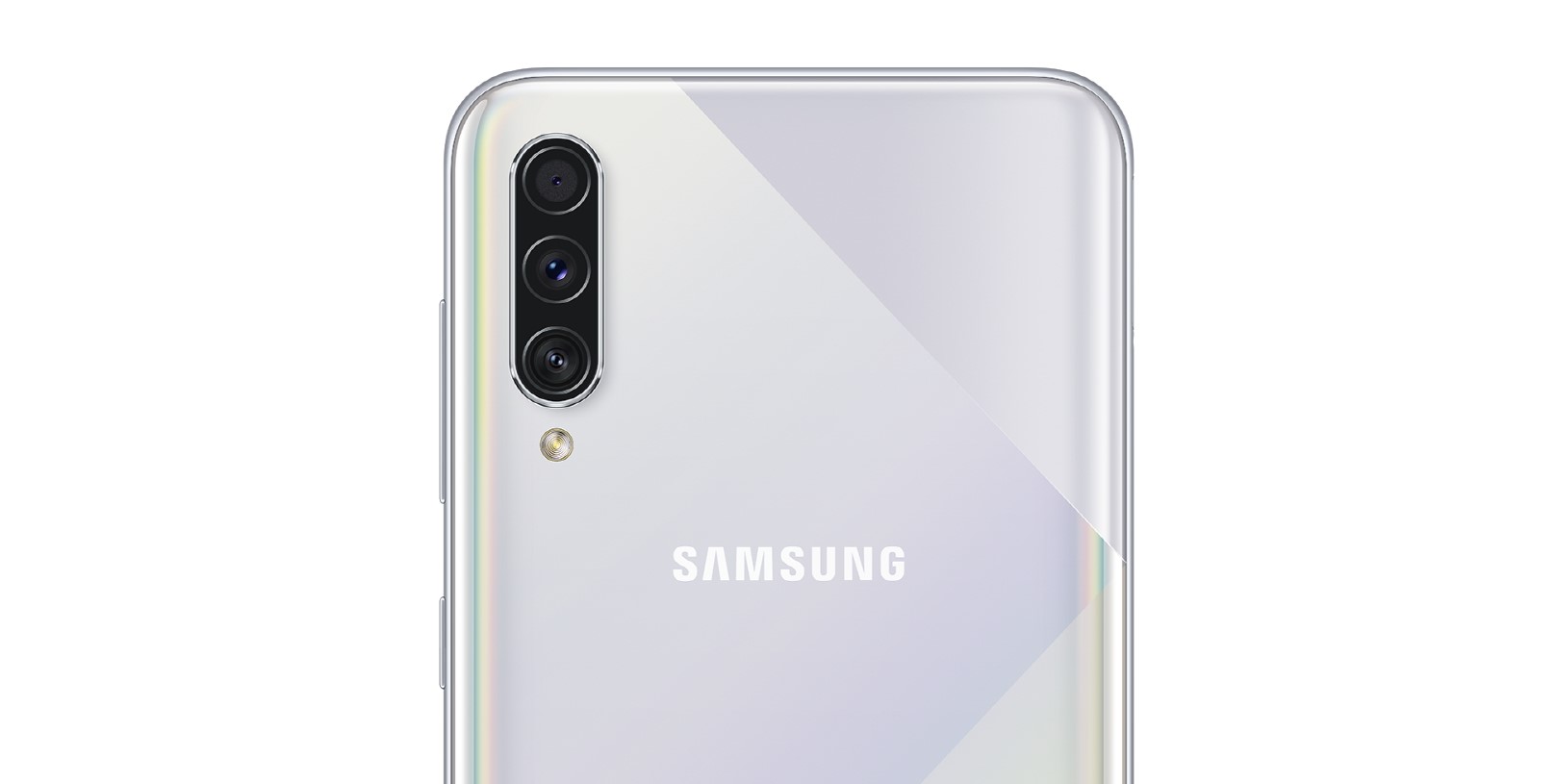 And for the selfies too, the A50s has an improved 32-megapixel, f/2.0 camera sensor on the front, capable of HDR shots and recording 1080p videos at 30 frames-per-second.

Samsung Galaxy A50s packs everything identical to its old brother A50 under its hood. This means the phone is powered by in-house octa-core Exynos 9611, 10nm fabricated chipset (as seen on Galaxy M40 too) supported by Mali-G72 MP3 on the graphics side.

On the memory part, the device comes in two variants, either a combination of 4GB RAM and 64GB storage or 6GB RAM and 128GB storage. And both of these variants can be expanded up to 1TB storage via a dedicated slot.

There is no distinction on the battery part either, the same 15W 4000mAh battery fuels the A50s. The A50s also runs on the latest OneUI atop Android 9.0 (Pie).

Since the phone has no distinctive feature compared to half-year-old A50, the price in Nepal for the Samsung Galaxy A50s should be similarly priced like A50 at its launch. That said, the price in Nepal for Samsung A50s is Rs. 38,990 for 6/128GB which dropped from Rs. 42,190 on as occasion of Tihar. However, this significant price drop might seem usual given the A50s was launched just a month ago in September.

Samsung Galaxy A50s vs Samsung A50