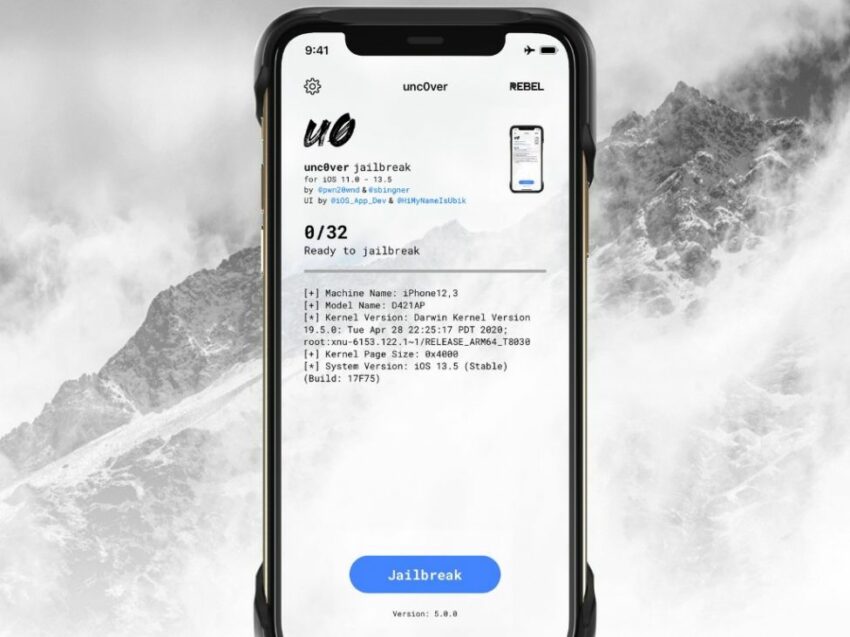 Jailbreak is not a new thing for Apple users. Those who want more accessibility on their devices although the risk is involved go for jailbreaking. There’s no denying that the jailbreaking gives more user control on the OS. Users can customize and install different apps that Apple would restrict. However, these actions compromise the device’s security. Jailbreaking on the earlier version of iOS was a common trade. But in recent years this practice has slowed down as Apple has made it difficult to get inside of the device. But here’s a piece of good news for Jailbreak lovers, a hacking group “unc0ver” has built a jailbreaking tool on a zero-day vulnerability that works on iOS 11 and higher. This means you can jailbreak all the iPhones and the iPad running on the latest

Unc0ver is a renowned iOS hacker group. This time around they have released a new jailbreaking tool that works seamlessly on iOS 11 and higher. Not so long ago Apple released iOS 13.5 and as per the group, their tool works on this version as well. Pwn20wnd, a member of unc0ver has found zero-day vulnerability. The new jailbreaking tool is built on this. One of the major issues of jailbreaking is the battery drain. But not to worry about that anymore as this tool doesn’t drain the device’s battery, plus doesn’t affect the use of Apple services or undermine the iOS sandbox security.

We are going to release #unc0ver 5.0.0 with support for every signed iOS version on every device using a 0day kernel vulnerability from @Pwn20wnd in sponsorship with https://t.co/l4SDOTDUla very soon. Update your devices to 13.5 and follow our progress on https://t.co/cNIUANaJr2.

The tool is compatible with both iOS, macOS and can also be used from Windows and Linux. According to the group, this tool has been ‘extensively tested’ and checked on all iOS device version between v11.0 and v13.5. It utilizes ‘proper and deterministic techniques’ and ‘native system sandbox exemptions’ for stability and to keep the device secure respectively.

The security issues should be not taken lightly. Not to forget that the jailbreaks rely on a flaw in the iOS security and mechanism for its functionality. Apple has not responded to this yet. They could be working on this internally. There was a smaller jailbreak back in August 2019, but Apple delivered a patch for that within seven days. If you want to use the unc0ver jailbreak tool, click here to download or you can visit the official website.