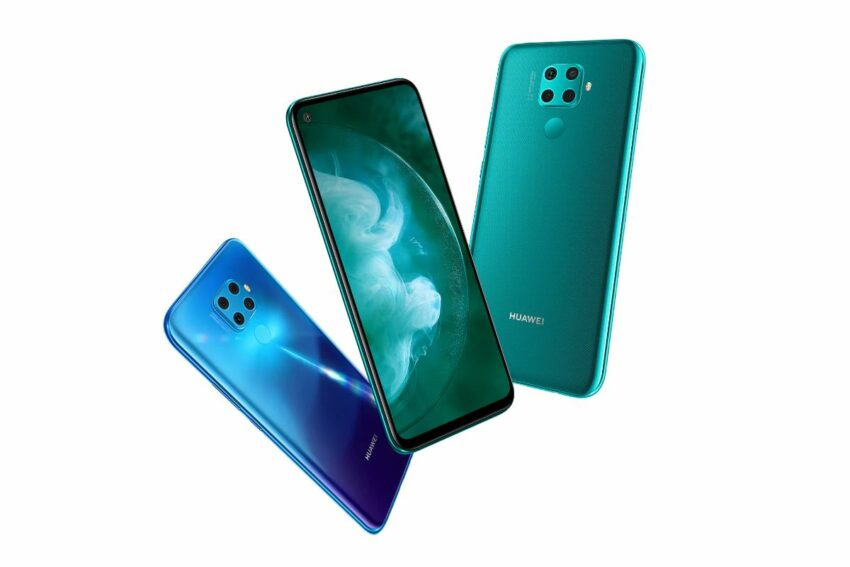 Huawei’s Nova Series smartphones are quite famous since it launched. Most of the costumers cherished what Nova series offered at their prize. Nova Series is Huawei’s one of the best-sold smartphone series from Huawei. Now they have added another smartphone in the series; Huawei Nova 5Z which launched Nova 5Z in November 2019 as a cheaper version of Nova 5i.

Huawei Nova 5Z comes with a 6.26 LTPS IPS LCD display with a resolution of 1080x2340p. The display feels really clear, vibrant and crisp. This device also houses a hole-punch where its front camera rests. While watching videos and gaming, the color contrast and saturation that this produces can give users a great feeling. The display no glass protection which if added would have been better.

Don’t miss: Huawei Band 4 Price in Nepal, should you buy it over Honor band 5 and Mi band 4?

The design of Huawei Nova 5Z is really impressive; the bezels at the front are really thin. The device has a sleek design at the back and feels really good while holding. The volume rockers and the power button are placed at the left edge side of the phone. We can see a rear quad-camera setup fitted in a square module at the top middle side of the phone supported by an LED flash that is placed on the right side of the module. We can also find a fingerprint scanning mount right under the camera module. The whole body is plastic built and it doesn’t have glass protection at back also. Overall the design feels really good and sleek for the price.

Huawei Nova 5Z sports a rear quad-camera setup (similar to Redmi Note 8 Pro) at the back; 48MP main sensor, 8MP ultra-wide-angle, 2MP macro lens, and 2MP depth field sensor. These entire sensors rest on a square module which can be found in the top middle backside of the phone.  The photos that this camera captures are of really high quality. This setup is also able to record videos in 4K at 30fps and in 1080p at 30fps which if increased to 60fps or 120fps would have been better.

As for the front camera department, Huawei Nova 5Z offers a 32MP camera which can be found on the punch-hole of the display. The front camera does a really good job of capturing selfies and taking shots. The ski smoothening, skin whitening features works really well while preserving the natural detail of the face. This front camera is also able to record videos in 1080p at 30fps

To deliver performance, Huawei Nova 5Z features a HiSilicon Kirin 10 AI chipset, Octa-core processor and Mali-G52 MP6 as GPU supported by 6GB of RAM and this all runs on Android 9.0 Pie skinned with EMUI 9.1. The performance that this device delivers is really good and users will also be able to play 3D games without any lag because of a new upgrade to GPU Turbo. The Ark compiler makes the Android application experience further smoother. The storage options that Huawei Nova 5Z offers are 6GB/64GB and 6GB/128GB which can be further expanded up to 256GB via Nano memory SDcard slot.

Huawei Nova 5Z packs a 4000mAh battery which can last through a day in normal use and could struggle to last a day if gaming and doing heavy tasks. This 4000mAh battery also supports 20W fast charging. So if even users will run out of juice, they can refill the juice at a good speed. The battery performance is admirable for the price.

As for connectivity, Huawei Nova 5Z comes with all the common sensors found in a smartphone, type-C 1.0 reversible connector, Bluetooth 5.0, finger-print scanning mount and Active noise cancellation with dedicated mic.

Huawei Nova 5Z is currently sold at CNY 1,599 for a 6GB/64GB variant and CNY 1,799 for 8GB/128GB. It hasn’t entered India or Nepal market but it will really soon because the consumers of Huawei Nova series are at the vast majority. If launched then, Huawei Nova 5Z price in Nepal could be around Rs.26,000 for 6GB/64GB and Rs.30,000 for 8GB/128GB variant as per our speculations. However, there are phones available under Rs. 30,000 in Nepal those worth the price. The colors Huawei Nova 5Z will be featuring are Black, Aurora, and Emerald Green.