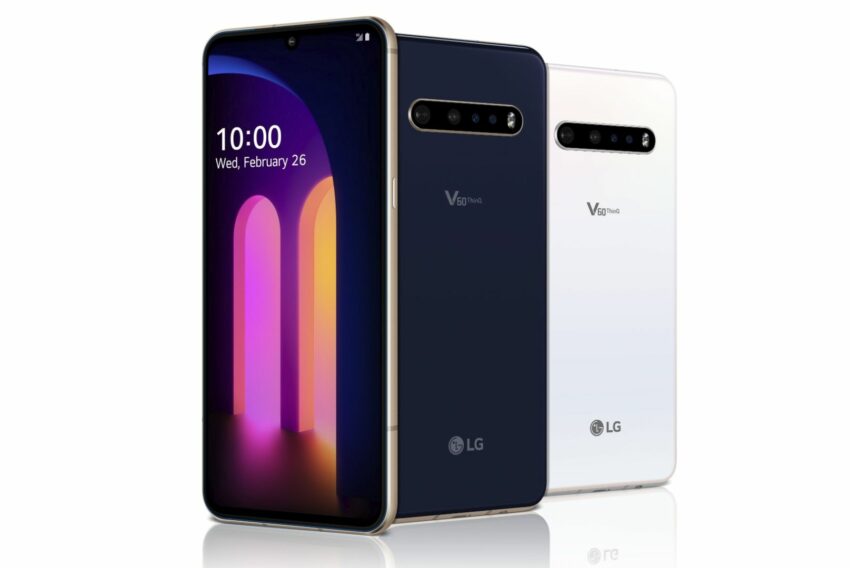 The trend of foldable and dual-screen phones is here. We have already seen some takes in foldable phones like Samsung Z Flip or the Huawei Mate Xs as well as Microsoft’s dual-screen take the Surface Duo which is scheduled to be released at the end of the year. One brand that has been doing this for a while but has not gained much traction is LG. LG has been making dual-screen phones for a while and recently has launched its third phone supporting dual screen named, LG V60 ThinQ. Even though the phone has a dual-screen, LG’s take on it is different. The phone is expected to be priced at around $850 which is approximately equivalent to NPR 96,900.

Starting with the main attraction of the phone, the dual-screen comes in the form of a case. The second screen (case) can be attached and detached as per the user’s choice. When the user wants the phone to be light and the second screen has no use, he/she can simply detach the case and be on their way. Talking about the second screen, it is an updated display sporting a 6.8-inch FHD+ OLED panel with a 360 Freestop Hinge which can be used in modes like laptop or tent mode. The second display no longer has its own power as we saw in G8X, instead, now it is powered by the Type C port of the phone. The dual-screen which is also a case on the outside now has a 2.1-inch notification panel with always-on functionality to show time and notification. 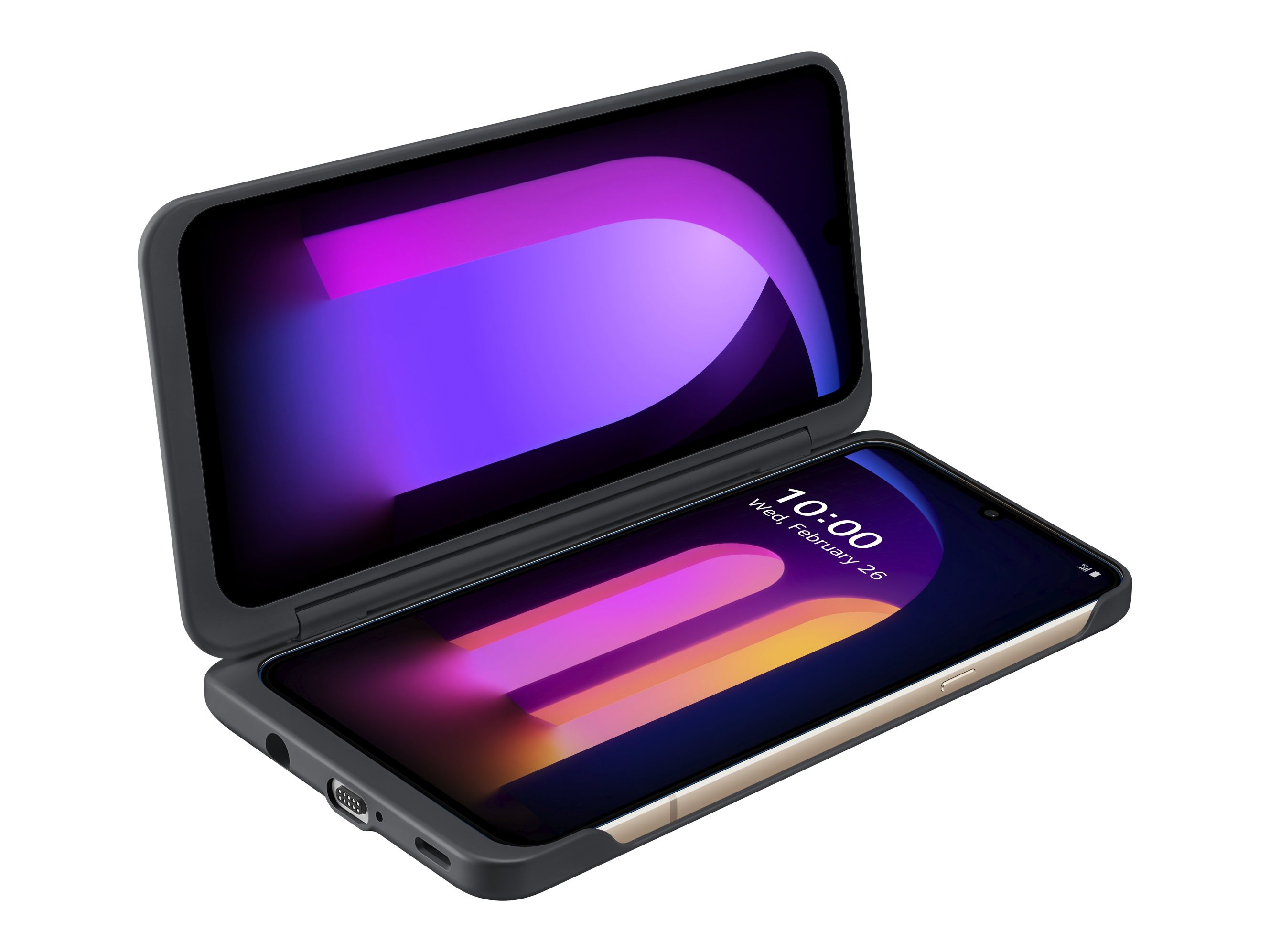 Coming to the main display, the phone comes with a large 6.8-inch OLED panel having a resolution of 1080 x 2460 pixels, the tall aspect ratio of 20.5:9 and a pixel count of ~395 PPI. The display has a waterdrop notch similar to the V50S housing a selfie camera. The display also features an in-display fingerprint sensor and is protected by a Gorilla Glass 5.

Dual camera setup instead of triple one

In the camera department, this time around LG has gone with a dual-camera setup instead of the triple one as seen on G8X, not including the TOF sensor. The sensors in questions are 64MP main shooter with OIS and a 13MP ultrawide sensor with a 117-degree field of view. The V60 ThinQ is capable of taking 8K videos and supports HDR10+ in manual mode. In the front, housed inside the waterdrop notch is a 10MP selfie snapper capable of taking videos of 2160p@30fps. 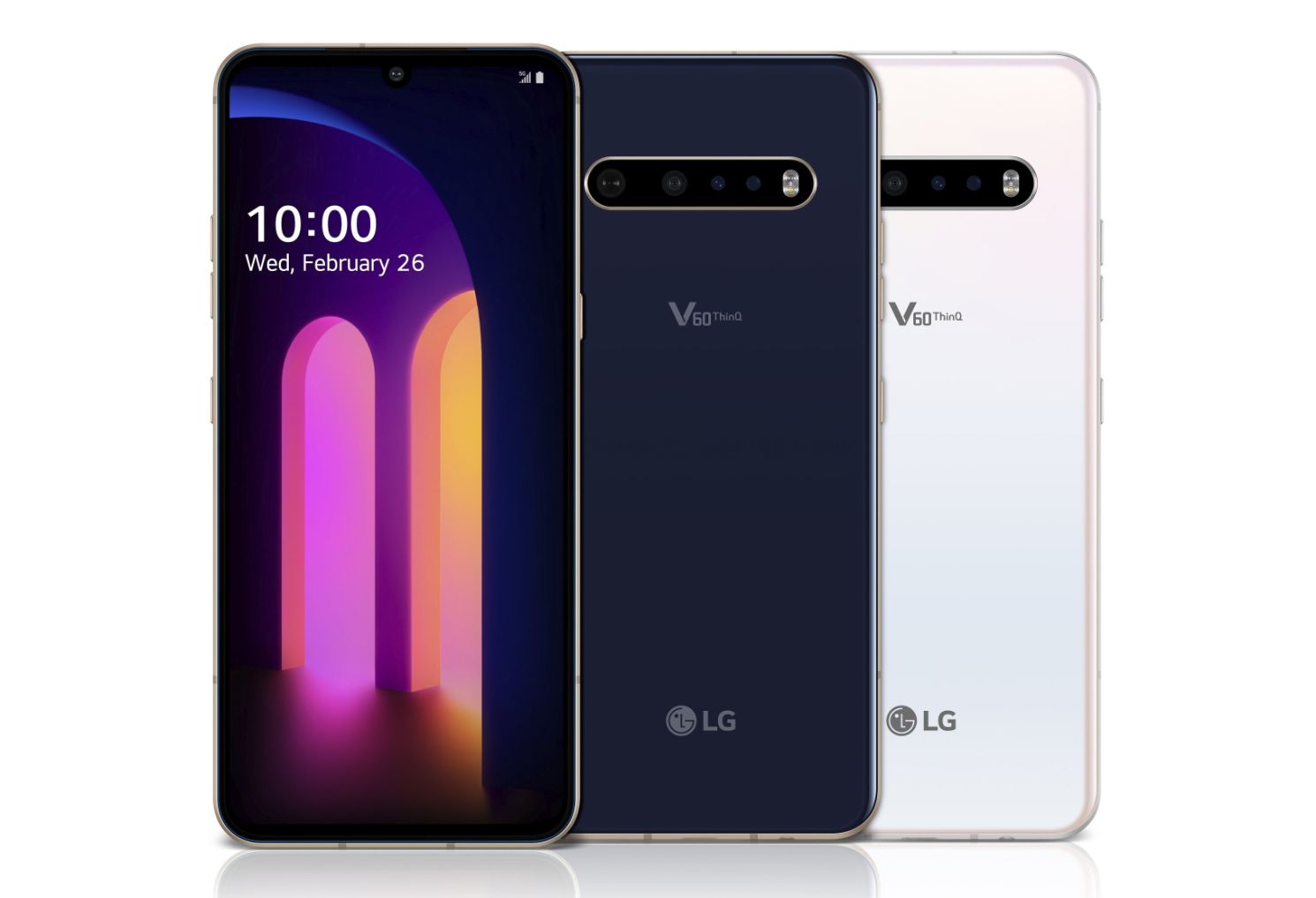 The V60 ThinQ lacks the telephoto lens from the previous year and now has integrated the telephoto feature in the main sensor. The main sensor is capable of taking good 2X zoom photos without any loss in quality. There is also a new imaging feature called 3D portrait feature, in which the TOF sensor with the main camera takes an image that has a blurry background and the subject in the picture is seen in 3D.

Powering the device is the latest Snapdragon 865 chipset accompanied by Qualcomm’s X55 modem supporting dual-band 5G. On the memory side, the device comes with 8GB RAM and 128GB storage expandable via the microSD slot. The V60 ThinQ runs on Android 10 with LG UX 9.0 on top and comes with a massive 5000mAh battery to keep the lights running. As the USB Type-C port of the phone is taken by the dual-screen case, it comes with a magnetic charger to charge the device. The device has the IP68 dust and water-resistant certification as well as MIL-STD 810G compliant. Other key features of the phone include 32-Bit Quad DAC, stereo speakers, 4 microphone setup, audio jack, Bluetooth 5.1 and all necessary sensors like accelerometer, gyro, proximity, compass, and barometer.

The pricing of the LG V60 ThinQ has not been revealed yet. But the phone is expected to be priced under $999 which is the starting price of Galaxy S20. As the G8X costs about $780, we expect the phone’s price to be a little higher than that, at around $850. Converting that to Nepali rupees expected price in Nepal comes to around ~NPR 96,900. The LG V60 ThinQ will be available in two color variants: Blue and White.