A foldable phone is no longer a futuristic device. In the current scenario, numerous smartphone companies are releasing their version of foldable devices. Especially with the release of Samsung Galaxy Fold, though it had mixed feedback, the hype of foldables skyrocketed. Not so long ago, Motorola released Motorola Razr, an updated and upgraded version of Motorola Razr V3. On the Samsung Unpack event, Samsung announced a new foldable phone, Samsung Galaxy Z Flip, a clamshell foldable device similar to Motorola Razr. These two devices are a direct rival to each other., or it seems now. Plus Galaxy Z Flip versus Motorola Razr has been the talk of the town for a while now. 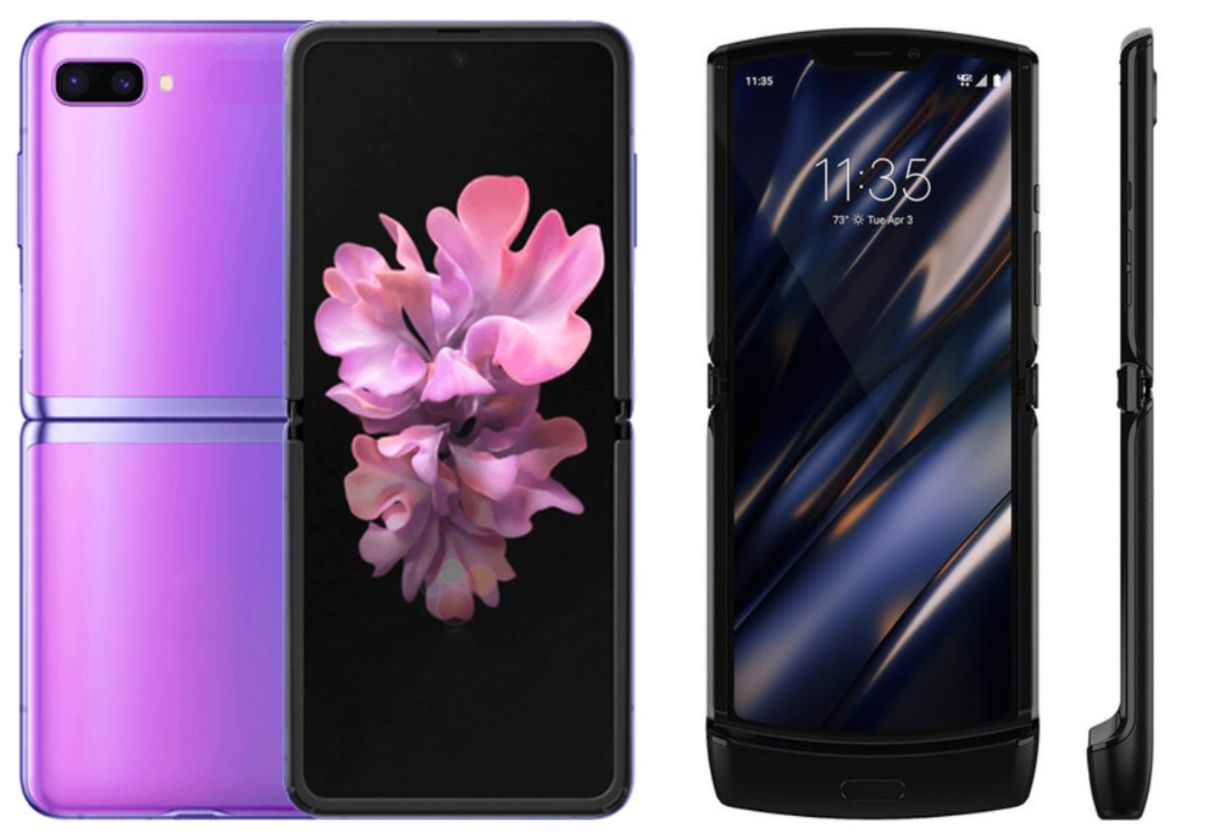 Galaxy Z Flip houses a 6.7-inch dynamic AMOLED glass display having 1080 x 2636 pixels. It has an 82.5% screen-to-body ratio. It is HDR10+ certified as well. While Motorola Razr houses 6.2-inch P-OLED plastic display with 878 x 2142 pixels. Both front and back of Galaxy Z Flip are made up of glass. The back of Galaxy Z Flip is protected with Gorilla Glass 6. But Motorola Razr has both plastic front and back. Both of these foldable devices have a visible crease in the middle. However, Galaxy Z Flip is the first foldable phone to sport a punch-hole display. Both of these devices do not have a 3.5mm headphone jack.

Being a foldable device it is obvious that there will be a hinge. With the hinge comes the crease. Both the Galaxy Z Flip and the Motorola Razr comes with a hinge. Motorola Razr has a zero-gap hinge. It closes both sides perfectly and protects the main display. It has a pretty loose hinge that allows to easily open the phone with one hand. But the Galaxy Z Flip has stiff hinge making it little nerve-wracking to open with one hand. As per Samsung, the reason for the stiff hinge is to allow users to place their device at an angle to watch movies and do other stuff. 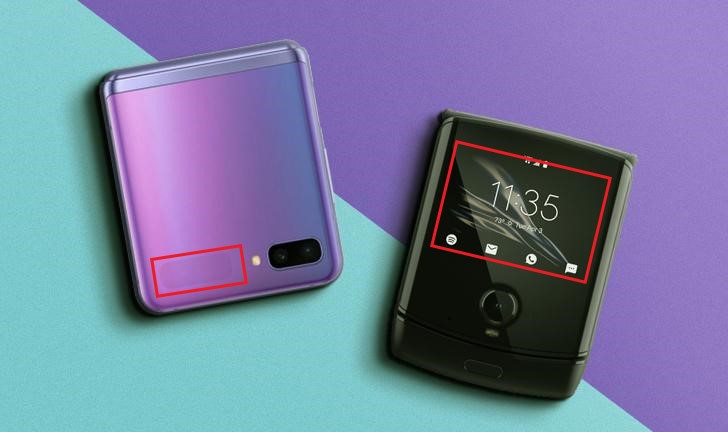 On the Motorola Razr, we have a 2.7-inch G-OLED secondary display having 600 x 800 pixels while on the Galaxy Z Flip there’s a 1.1-inch Super AMOLED display. On both of these devices, using the secondary screen you take selfies, view notifications. But having a bit larger display on the Motorola Razr, you are able to read, respond without opening the device. This comes at a price as you have to compromise on the battery.

With the evolving folding phones, the working mechanism of these devices is evolving as well. Having any foldable device comes with one critical question, how long will the folding mechanism last? This is the ultimate factor that decides the fate of the device in the market. As per Motorola, Motorola Razr can withstand 100,000 folds. This means if you fold your device 100 times a day it will last for probably 10,000 days. Recently CNET had a folding test on Motorola.

The folding test of the Galaxy Z Flip is yet to be conducted. But we will get there soon. As per the Samsung Officials, this device can withstand 200,000 folds. We are not sure as the test is yet to be performed.

Foldable devices are still in the development process. There is a lot of room for improvement. As of now, it comes at a heavy price. For the 8/256 GB variant of Galaxy Z Flip, it costs $1,380 and for 6/128GB variant of Motorola Razr, it costs $1,500. Looking at the specifications and the features of these devices you can device yourself which device is worth such a heavy price.

Here is the overview of the competition for the new best foldable smartphone, Galaxy Z Flip vs Motorola Razr now it’s up to you to decide which device is better than the other?