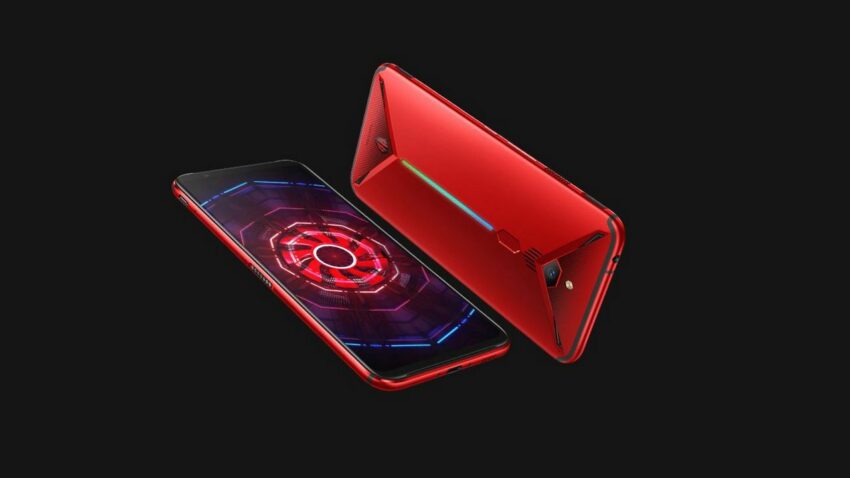 Nubia Red Magic 3s has a 6.65-inches AMOLED display with a resolution of 1080x2340p with the protection of Corning Gorilla Glass. This AMOLED display has a refreshed rate of 90Hz so we expect some crazy smooth display performance. This display doesn’t have any type of notch, punch-hole or cutouts but rather a simple thin bezel just like new Google Pixel 4 & Pixel 4XL. The display is really good for gaming as it is very vibrant, bright and detailed.

The design at the back of the phone is quite similar to Red Magic 3. It has an aluminum body which makes it very solid and has a unique design than other smartphones because it looks and edgy. We can also see a fingerprint sensor mount right below the vent that allows the air to flow out which is also just below the rear camera. There is also a “Game Space 2.0” switch which instantly enables gaming mode. The two toner color finish is really impressive and gives a pleasing feeling to the eyes. It has an RGB light panel at the back, pressure-sensitive zones and also a built-in cooling fan. The design is overall very solid yet has a modern gaming smartphone look.

For the front camera department, Red Magic 3s has a 16MP camera sensor with an f/2.0 which produces quite good pictures. The pictures feel very natural and detailed. This camera sensor can record videos in 1080p at 30fps.

Red Magic 3s come with a 48MP single rear camera (Just like OnePlus 7T Pro’s main sensor) with an f/1.7 supported by an LED flash. This is a gaming smartphone so we know the camera won’t be as good as our expectations. The pictures it produces are quite good. This setup can also record videos in 8K (4320) at 15fps, 4K (2160) at 30/60fps and slow-mo videos at 1930fps which is quite amazing to have in a gaming smartphone.

To deliver performance, Red Magic 3s comes with 6GB RAM up to 12GB RAM, Snapdragon 855+ chipset, octa-core processor and Adreno 640 as GPU to handle high graphics and heavy tasks. This all runs on Android 9.0 Pie skinned with Redmagic 2.0 which is a UI especially designed for this phone. There is a built-in fan along with an Active Liquid Cooling System which helps to cool the temperature of the processor and device up to 16 degrees Celsius which means there is no problem of overheating or lag. There is even an option to add an external fan which will be provided by the company with all necessary ports into it. Combining all this with an AMOLED display and DTS XU1tra sound with stereo speakers gives an amazing experience. This makes the Red Magic 3s a strong gaming smartphone that can handle high graphics and heavy tasks without any signs of slowing or lagging down.

As for storage, Red Magic 3s comes in two variants; 8GB/128GB and 12GB/256GB. Unfortunately this amazing device no option of expanding storage through microSD card slot or anything else, but the 256GB or 128GB variant might be enough for one of the consumers. Overall the performance of this device is at a higher level than other smartphones, the UI is made for gaming smartphone and storage might be enough. Overall this device gives really amazing feeling playing games or doing heavy tasks.

To power Red Magic 3s, Nubia has integrated a mammoth size 5000mAh Li-Po battery (just like Vivo Z1 Pro) which also supports 27W Fast charging support with Quick Charge 4+. We can expect some crazy battery life from this device and even the juice drains we can charge it at a fast speed through its Quick Charge 4+ support.

For connectivity, Red Magic 3s comes with all the common sensors found in a smartphone along with Type-C reversible connector, USB On-The-Go, active noise cancellation with dedicated mic and a traditional 3.5mm headphone jack. There is a Gaming Port on the left edge form which we can connect a Magic adapter and then connect a PC to enjoy live game streaming.