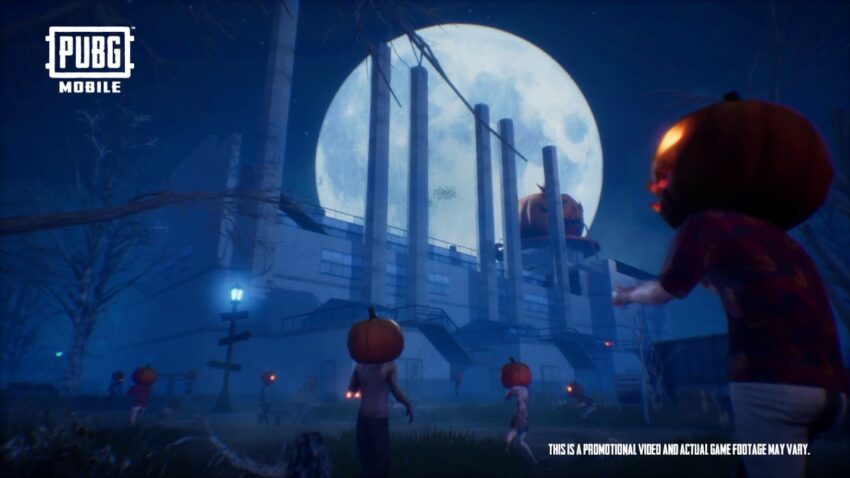 Tencent and PUBG Corp. is here with the new update v 0.15.0 for PUBG Mobile. This update surely packs new features and overall improved gaming performance. This update features the theme of Halloween. PUBG also has released the patch notes. This update comes with the new Payload Mode and the updated Survive Till Dawn – Halloween mode. Halloween-themed backgrounds and monsters are also added.

As the name suggests, you have to fight the zombies and survive until the morning. There are pumpkin-headed monsters and the gangs of the killer clowns.

This mode now has been updated with features like:

Defeat the hostile faction for better rewards. The Darkest Night is taken off for further tuning.

Payload mode is the one everyone is hyped about. But this mode will be available shortly after the update. This mode is also available on Call of Duty: Mobile. Payload mode consists of heavy weapons.

Now, you can revive your dead teammate, fly a helicopter over the battle zone, use Air Strike Beacon during an intense battle, repair your damaged vehicle, and get grenade launcher and other powerful weapons from Super Weapon Crate. Super Weapon Crate will take three minutes to activate and will spawn regularly with level 3 armor. You can still play Payload mode in the Beta version.

BRDM-2 New Flare drop Vehicle
BRDM-2 Amphibious Armored Vehicle is the new flare drop vehicle. BRDM-2 is equipped with bulletproof tires that were present in the previous vehicle Armored UAZ. It is available in all of the maps. This vehicle reduces damage taken and is resilient and capable of traversing water.

Ledge Grab
Players can now climb between buildings and containers to reach previously inaccessible places. You need to tap jump and then jump at the right timing in the mid-air. For the easiness, the green icon shows up on an available ledge.

Fuel Drums
As seen in the PC version, Fuel cans can now be used as explosives. This is the perfect material for strategic gaming. This will damage is near-by enemies when you blow it up by firing bullets. It’s available in all of the maps.

Other features like Graffiti, Slot for eye gear and official replies when the reports are submitted are also added on this update.

Major improvement regarding firearms and the overall gaming performance is done.

NOTE: To get amazing gifts and rewards update the game before 22nd October.