Realme recently completed its two years as an independent brand. Since, its independence, the brand has pushed hard and has been successful to enter in top five brands in India. Realme is known for launching new smartphones rapidly and it has been teasing, it’s Narzo branded smartphones for a while now. But due to lockdown in the sub-continent, the company had already postponed the launch two times. They say, third time is the charm and it seems to be true. Realme today on May 11, 2020, launched its Narzo series phones, via an online event. The Narzo series consists of two phones, Realme Narzo 10 and 10A for now, with more phones promised to be coming in the future. Both the devices are mid-range flagship phones with decent specs for gaming and media consumption while being affordable. Let’s dive right into the nitty-gritty of the newly launched devices.

Realme Narzo 10A can be considered the small brother between the two launched devices. Even though most of the specs between the two devices are the same, Narzo 10A packs a less powerful processor than its big brother and comes with a smaller memory option. It is also a cheaper device between the two. 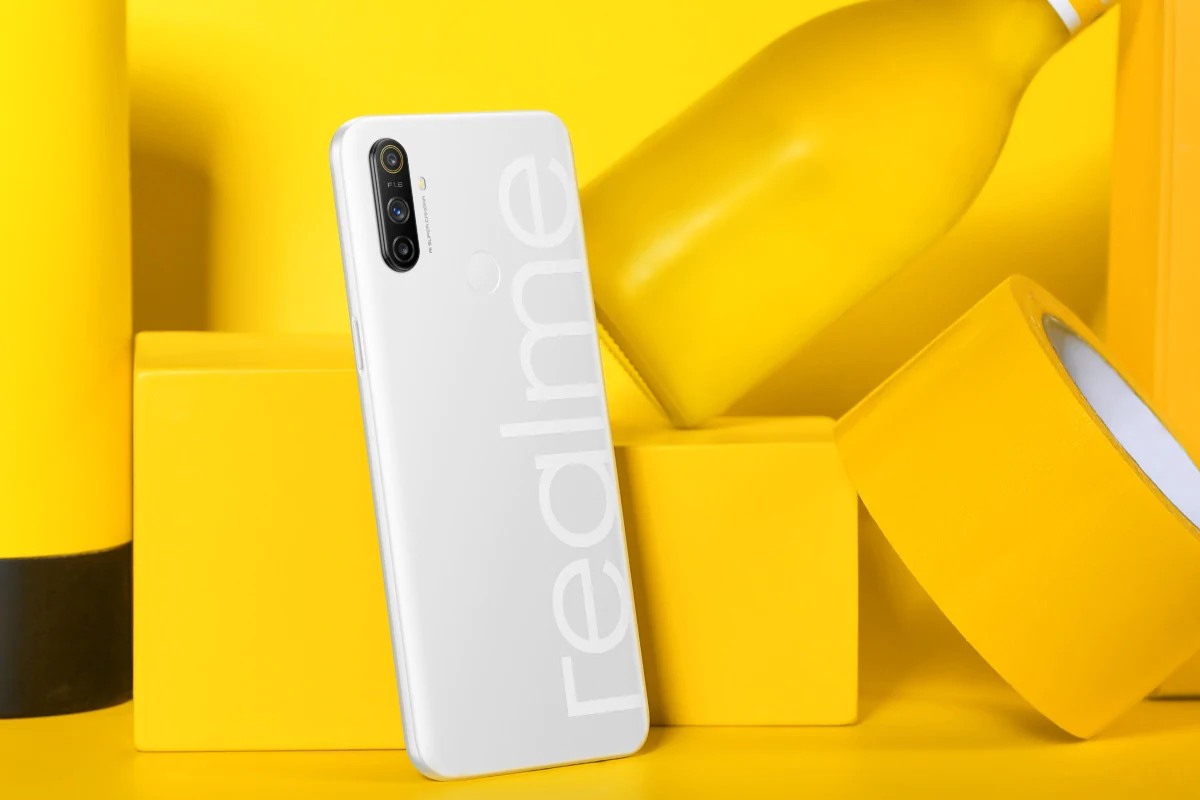 Starting with the design of the phone, Realme Narzo 10A has a very unique design that is not seen on any other phone. The Narzo 10A comes with a scratch-resistant polycarbonate body with a large Realme logo on the back of the phone. It is the rebranded version of the Realme C3 global variant but with a different design.

On the front, the device features a 6.5-inch HD+ display with an aspect ratio of 20:9. The display is protected by Gorilla Glass 3. The phone is slim and can be used with one hand as claimed by the company. Thanks to the big display, the screen-to-body ratio of the phone comes at 89.8%. The display also features a waterdrop notch housing front-facing camera for selfies.

Coming to the camera, the Realme Narzo 10A sports a triple camera setup on the back. The primary sensor of the phone is a 12MP f/1.8 wide-angle camera. Accompanying the main camera is an additional two sensors: 2MP macro lens and 2MP depth sensor for better portraits. The cameras of the phone are cable of taking decent photos, up to 4x zoom, portraits, and macro photography. The camera can also take 1080p videos at 30fps and comes with photography features like Ultra macro mode and Chromaboost. On the front inside the waterdrop notch is a 5MP f/2.4 sensor for taking selfies. 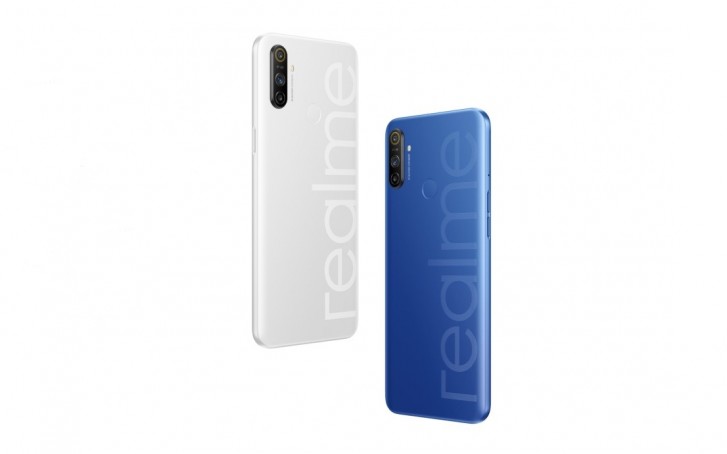 Powering the device is a MediaTek Helio G70 processor which is an octa-core processor. For the storage, the device comes in one option only, 3GB of RAM, and 32GB of internal storage. The storage can be expanded via a dedicated microSDXC card slot. To keep the phone running, the phone packs an impressive 5000mAh battery but comes with only 10W charging support via microUSB port. As for security, the phone has a finger-print display on the back of the phone which is fast and reliable.

Coming to the bigger brother, famous Japanese designer, Naoto Fukasawa developed the design of the Realme Narzo 10. The phone has a unique look that seems to be inspired by the stripes of an onion. 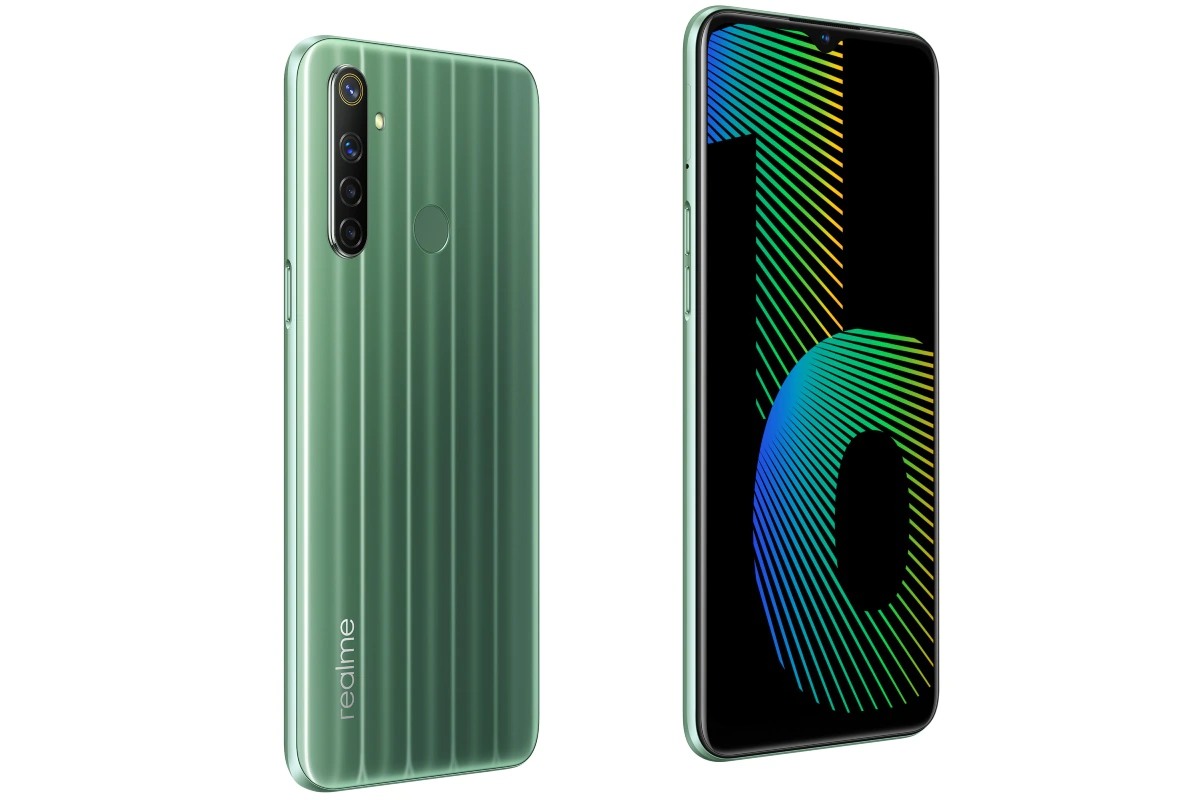 Realme Narzo 10 features a 6.5-inch IPS LCD display with a resolution of 720×1600 and an aspect ratio of 20:9. The display has a similar screen-to-body ratio of 89.8% to that of Narzo 10A. The display of the Narzo 10 also features a water-drop notch housing a selfie camera.

Talking about cameras, Realme Narzo 10, a rebranded version of Realme 6i, sports a quad-camera setup on the back, primary sensor being a 48MP f/1.8 wide-angle camera. Accompanying the main camera are 8MP f/2.3 ultra-wide sensor, 2MP f/2.4 macro lens, and a 2MP depth sensor for better portraits. The camera of the phone is capable of taking 1080p videos at 30fps and the primary sensor has PDAF enabled. As for the front, the Narzo 10 comes with a 16MP f2.0 wide-angle lens as a selfie camera housed inside the waterdrop notch. 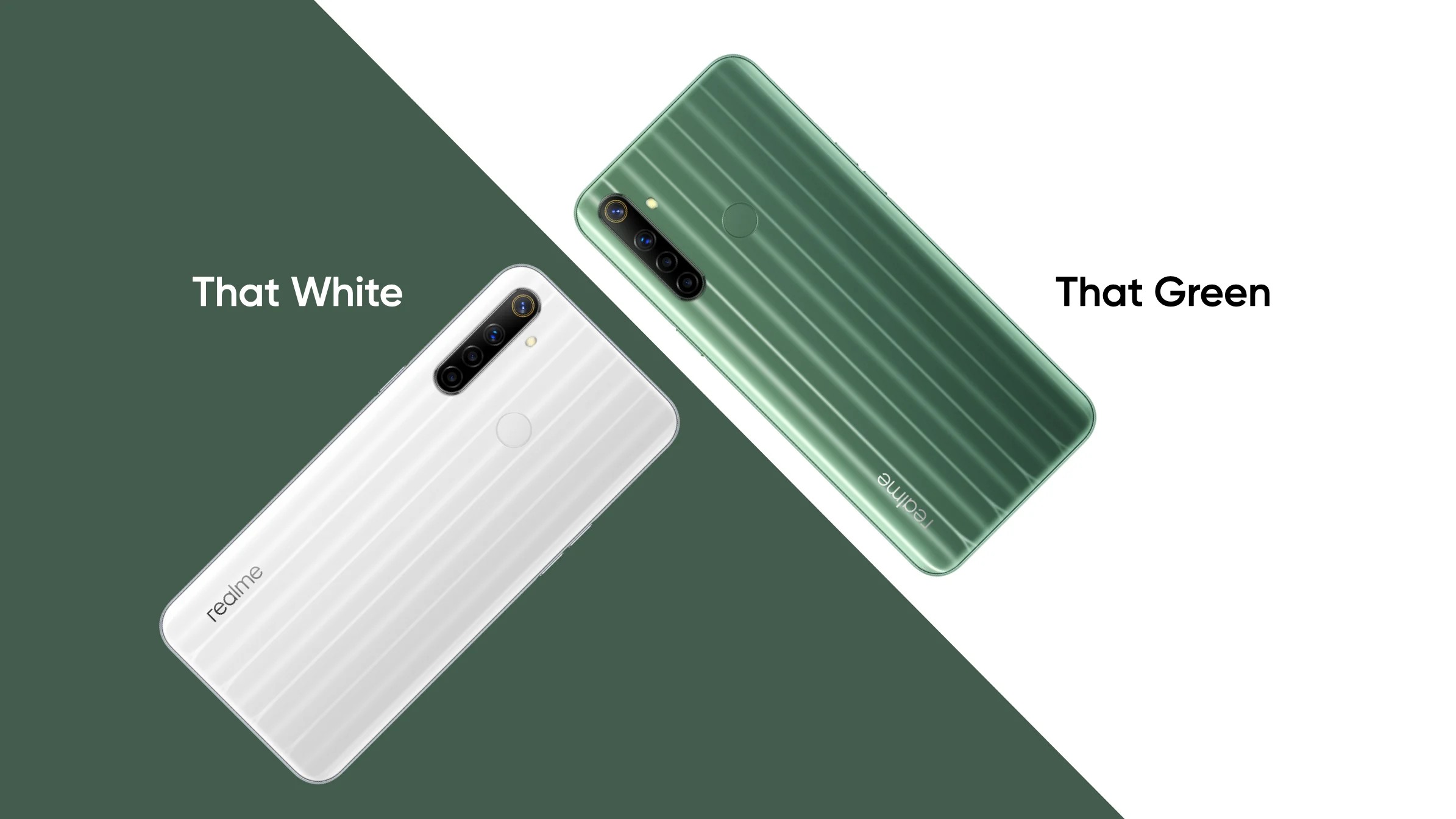 Powering the phone is the Mediatek G80 processor which is bundled with 128GB of internal storage and 4GB of RAM. Handling the graphics of the phone is the Mali-G52 MC2 graphics card. Similar to Narzo 10A, Realme Narzo 10 comes with a triple card slot in which two is booked for SIM cards while the remaining one port is dedicated to expandable memory. The phone also comes with a massive 5000mAh battery and supports 18W fast charging. The phone also has a fingerprint sensor on the back of the phone for security.

Realme Narzo 10 and Narzo 10A Price in Nepal