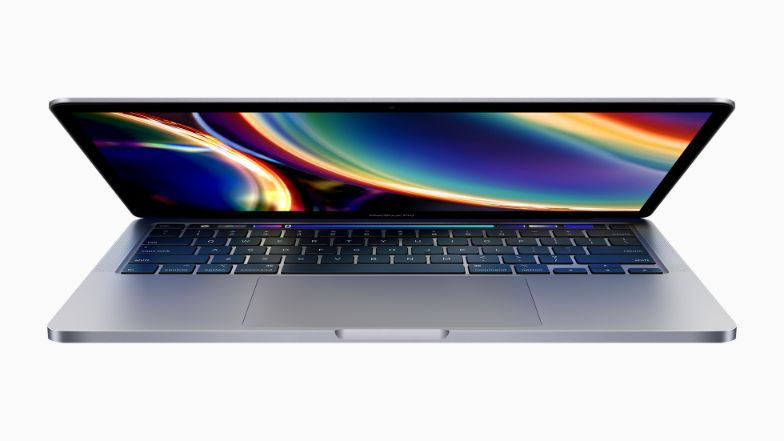 They say what doesn’t kill you only makes you stronger and it seems Apple is killing it amidst this COVID-19 pandemic. Recently, Apple unveiled its second budget phone the iPhone SE 2020, followed by a plethora of leaks and rumors of its upcoming iPhone 12. Now, Apple is back again with a new product. The new device in question is the new updated 13-inch MacBook Pro. The California-based company has improved the 13-inch MacBook Pro with a new Magic Keyboard for best typing experience, doubled the storage capacity, and upgraded the performance. The new lineup alongside a new keyboard and storage comes with many more upgraded features. Therefore, we are here to talk about all the changes in the new 13-inch MacBook Pro.

Keyboards in Apple products has always been awesome except the time when the company decided to shift to Butterfly Keyboards. After the shift, many didn’t like the feel of it and for many, keyboards even started breaking. To solve the issue Apple again shifted to Magic Keyboards which was first introduced on the 16-inch MacBook Pro in March. Now, the same keyboard is integrated into the new 13-inch MacBook Pro. The Magic Keyboard features a redesigned scissor mechanism with 1mm of key travel. It will give a comfortable and stable key feel to the users while the inverted “T” arrangement of the arrow keys makes it easier to find. Not only that, but Magic Keyboard also features physical Escape key alongside Touch ID and Touch Bar promising to give the best typing experience to the users.

Apple has packed fast storage in its MacBook Pros for a while. Users love the fast SSDs packed in the laptop that reach the sequential read speed of up to 3.0GB/s. The new 13-inch MacBook Pro also has one. But now the laptop comes with double the storage than its previous generation. The standard storage of the laptop now starts at 256GB and goes all the way up to 1TB. For pro users who store all their file library in their laptop, the 13-inch MacBook Pro also comes in 4TB SSD as a storage option.

The new 13-inch MacBook Pro now offers 16GB of fast 3733Hz memory as a standard configuration on select models. Not only that, for the first time users can choose 32GB as memory option in 13-inch MacBook. With 32GB of memory, MacBook will have up to 50% faster performance.

The 13-inch MacBook Pro now comes with 10-generation Intel quad-core processors. The processor in the laptop is capable of Turbo Boost speed of up to 4.1GHz. The new laptop in comparison to the previous generation is expected to give up to 2.8 times faster performance. Not only that graphics of the laptop has also seen a performance boost. The Integrated Intel Iris Plus Graphics will deliver up to 80% faster performance over the last generation 13-inch MacBook Pro. This will significantly enhance the 4K video editing, faster rendering, and smoother gameplay performance. The new graphics will also enable users to connect Pro Display XDR at 6K resolution.

Apple is known for its design and the new 13-inch MacBook Pro is no exception. The notebook has a sleek aluminum unibody design and weights at 3 pounds or 1.3Kgs. The laptop will be available in two colors: Space Gray or Silver. As for the screen, Retina display of the 13-inch notebook delivers more than 4 million pixels and millions of colors, along with 500 nits of brightness and support for the P3 wide color gamut. Backed up with True Tone technology, the display promises to offer more natural viewing experience for design and editing workflows, as well as for everyday tasks like browsing or writing emails.

The 13-inch MacBook Pro also comes with stereo speakers with wide-stereo sound, Touch ID for quick and easy login as well as secure online transactions, and Touch Bar with dynamic and contextual controls.

Keeping security in mind, Apple has integrated its own custom-designed T2 Security Chip. It is a second-generation security chip that checks if software loaded during the boot process has been tampered with or not. It also provides on-the-fly data encryption to anything stored in the SSDs, making the data secure. The T2 chip also protects the information of the user by protecting the Touch ID information during unlocking their Mac, entering an online password, or making online purchases.

As for the Operating System, the new MacBooks come with Catalina the latest version of the macOS. Apps like Safari, Mail, Photos, Pages, Numbers, and Keynote are still present. The built-in Continuity feature in macOS makes it the perfect companion to users’ iPhone, iPad, and Apple Watch. With this feature users can make and receive phone calls without picking up their iPhone; automatically unlock their Mac with Apple Watch; copy and paste images, video, and text straight from iPhone or iPad to a nearby Mac; and extend the workspace of their Mac using an iPad and Sidecar.

Coming to the pricing of the device, it starts at $1,299 / £1,299 / AU$1,999, and $1,199 (US) for education, and customers can order the notebook on apple.com or in Apple Store App. It will also arrive in select Apple Stores and Apple Authorized Resellers later this week.