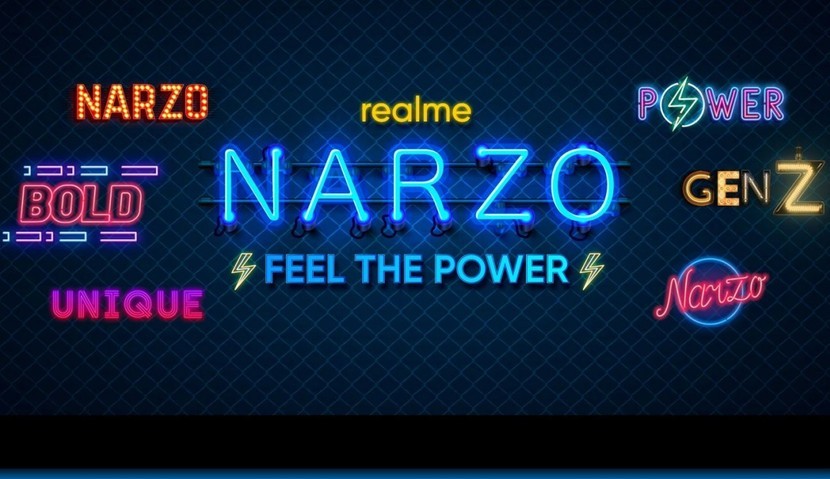 Update: Realme CEO Madhav Sheth today via Twitter announced that the company has decided to postpone the launch of its Narzo series phones until further notice. This has come due to the Indian Government, continuing the prohibition of supply of non-essential goods by e-commerce companies in the country until May 3. Previously, the Indian Government had made a statement that the e-commerce companies would be allowed to supply non-essential goods from April 20.

Realme is considered one of the underdogs of the smartphone market. Sub-brand of OPPO, Realme was created to challenge Xiaomi. Focusing on entry-level and budget segments, Realme slowly started gaining popularity. Thanks to its aggressive pricing and many phones to choose from, the brand managed to take a good portion of the smartphone market in India. In just 2 years after the brand launch, Realme was able to take 16.2 market share in India. And now the company is planning to be more aggressive in the sub-continent.

Realme was created to compete with Xiaomi and the brand is doing a pretty decent job. But Xiaomi has its own sub-brands like Redmi and POCO which are very popular and cover a decent chunk of the market share. So to compete with those sub-brands, Realme announced a new smartphone series called Narzo last month. The Narzo series phones were scheduled to be launched in India on March 26, 2020, but the plan was postponed due to the lockdown in effect over the whole country. Now that the government of India has decided to allow e-commerce businesses to resume sales of non-essential goods from next week, Realme has decided to grab this opportunity and launch the Narzo 10 and Narzo 10A in the country. The over-mentioned devices will be launched amid a virtual event that is slated for April 21, 2020, link to which is given below.

Talking about the devices, the Narzo 10 is expected to be a rebranded version of Realme 6i. if true, the device will sport a 6.5-inch display with the resolution of 720 x 1600 and tall aspect ratio of 20:9. The device also features quad rear cameras with a 48MP primary sensor and 16MP selfie camera. Mediatek Helio G80 processor is taking the responsibility of powering the device and is bundled with 3/4GB of RAM and 64/128GB of internal storage.

As for the Narzo 10A, the device is speculated to be a re-branded version of the Realme C3. The phone sports a 6.5-inch HD+ display having a resolution of 720 x 1600 and an aspect ratio of 20:9. Powering the device is a Mediatek Helio G70 processor with 2/3/4GB of RAM and 32/64GB of internal storage. On the back the phone has a triple camera setup, the primary sensor being a 12MP wide-angle lens. Both the Narzo 10 and 10A will run on Android 10 out of the box with Realme UI on top.