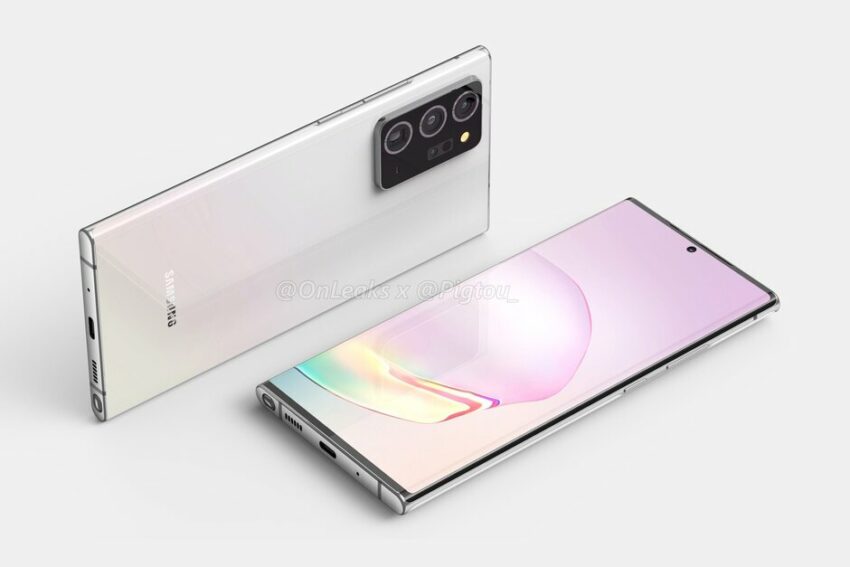 Note 20 lineup from Samsung is one of the most anticipated smartphones of the year. There is still a couple of months left before the official launch but that has not stopped the flow of information regarding the device. The Note 20 lineup which likely includes two devices, Galaxy Note 20 and Galaxy Note 20+ is expected to be launched sometime in August, 2020. Now, Thanks to Pigtou publication in collaboration with @Onleaks, we are able to see the CAD renders of the larger Galaxy Note 20+ smartphone.

Larger Display for the Larger Phone

Samsung was the first company to use a curved display on their phones. But in recent years, the company has taken steps to put an end to it and Note 20+ will continue this decision. The display used on the phone will be almost flat with very thin bezels.

Flipping over to the back of the phone reveals a massive camera bump on the top left side of the phone housing several sensors. This bump is very similar to that of controversial S20 Ultra camera bump. But to make it more aesthetically pleasing, the company has integrated circular rings to the three main cameras. This will help the rectangular periscope sensor to blend in more with the bump. 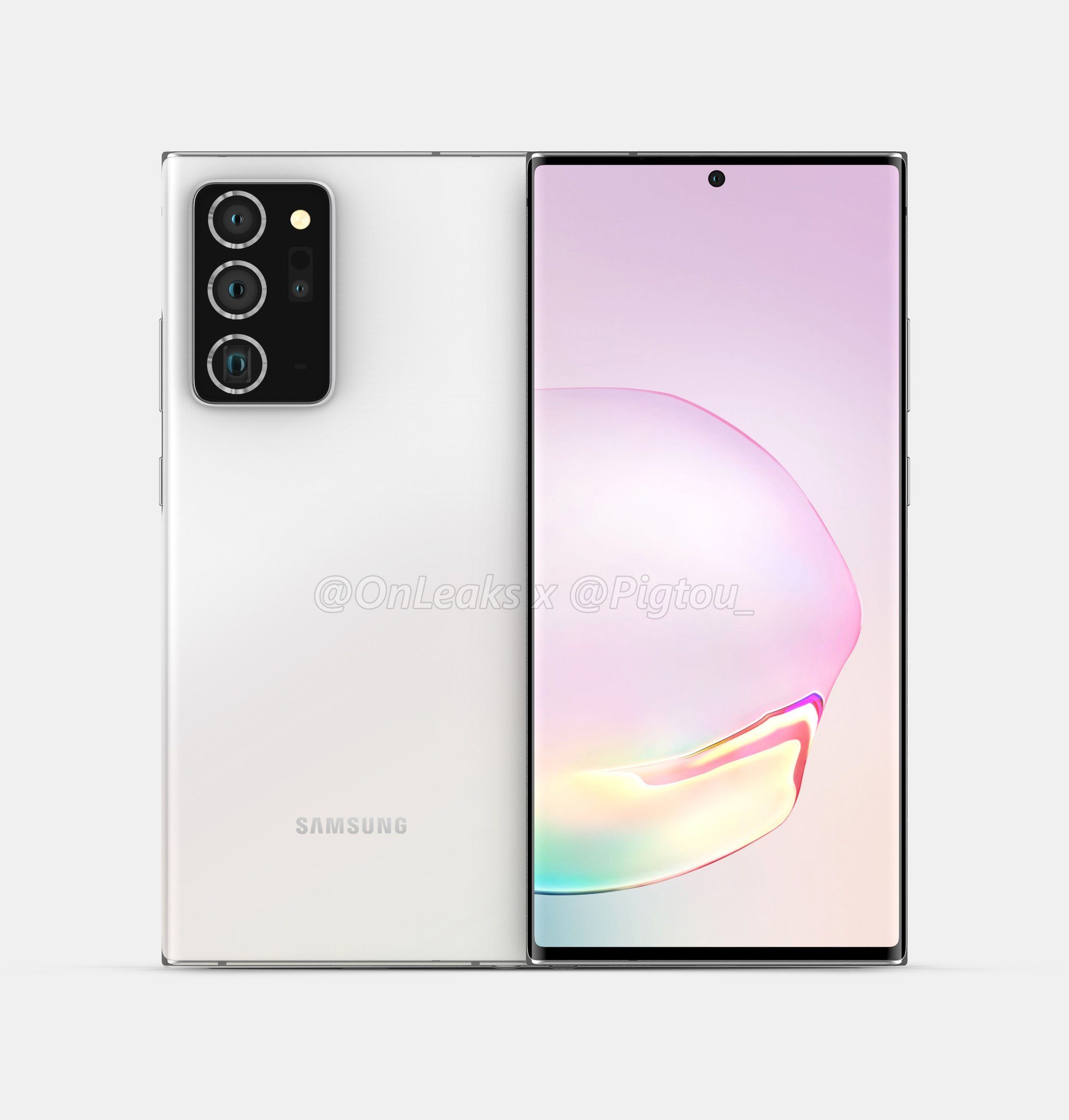 No information regarding the camera sensors used in the phone has been revealed yet. But according to rumors, the smartphone is speculated to sport a 108MP main shooter accompanied by an ultra-wide sensor and previously mentioned periscope snapper. It is also speculated that the 100x Space Zoom feature will be missing from the phone.

Coming to the specs of the phone, the Note 20+ will be powered by Snapdragon 865 in the US and the upcoming Exynos 992 in Europe and other international markets. The new Exynos 992 is expected to be slightly faster than its predecessor, Exynos 990, thanks to a more advanced 6-nanometer manufacturing process. Accompanying the processor is the 12GB of RAM and 128GB of internal storage as the standard variants. microSD card support and pricier variants with more storage are also expected.

The phone will also feature a 120Hz refresh rate, 5G networks as standard, and Android 10 with One UI 2.1 on top, out of the box. The position of the SPen has been shifted to the left side of the phone.  As for the battery, the phone is planned to have a 4,500mAh battery supporting 45W fast charging. As for the pricing, no information has been revealed yet.