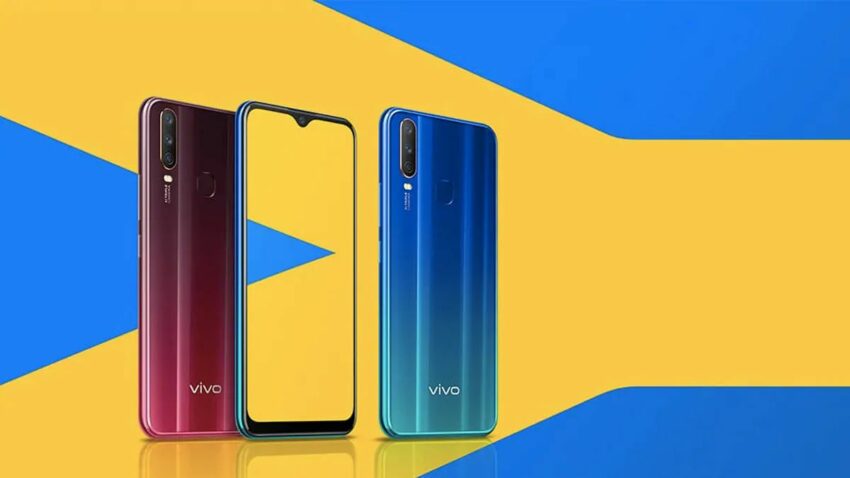 Vivo is known for the premium sleek design and good finish it provides in a mid-range and budget segment Vivo Y19 is rumored to launch next month in November 2019. Vivo has been launching phones after phones this year. Vivo Y19 will be the successor to Vivo Y17, so we can expect similar designs in Vivo Y19 also. Vivo Y19 price in India could start at INR 18,000 for 6/128GB variant and its price in Nepal could cost around Rs. 28,500 or above as per speculations.

The Vivo Y19 could come with a 6.53-inch IPS LCD screen with a resolution of 1080x2340p which could be protected by a layered glass. It will have an aspect ratio of 19:3:9. This display will also house a water-drop notch which will feature its front camera for shooting selfies. The display is quite similar to its predecessor’s display so we can expect some good performance from Y19.

The design is also similar to its predecessors; we can see a water-drop notch on the display right at the bottom top and a triple rear camera setup all aligned vertically at the top left backside of the phone. It could also sport a volume rocker bottom on the right edge of the phone and also a power button right below the volume rocker. We could see an in-display fingerprint scanner or a fingerprint scanning mount in this device. It could have a plastic body and a glass layered to it.

As for the rear camera, Vivo Y19 is rumored to offer a triple rear camera setup; 16MP main camera sensor + 8MP ultra-wide lens and 5MP depth field camera which will be supported by an LED flash. We can expect some really good quality photos from this setup. We can also expect a good video recording ability from this device.

To deliver performance, Vivo Y19 could feature a Snapdragon 675 chipset or Mediatek Helio P35 chipset, octa-core 2.3GHz processor and Adreno 612 or PowerVR GE8320 as GPU and 4GB of RAM. We can expect some good performance from this device but not a performance that could give the user a good gaming experience and could lag when doing heavy tasks. This device is rumored to run on the latest Android 10 and skinned with its latest Funtouch 9 UI.

It is rumored that this phone could come in 3 storage variants; 4GB/32GB, 4GB/64GB and 4GB/128GB and can be furthermore expanded up to 256GB via MicroSD card.

As for connectivity, Vivo Y19 can come along with all the common sensors found in a smartphone. It is rumored to have Bluetooth 5.0, MicroUSB 2.0 connectivity instead of Type-C and will support the 4G/3G network.  It will also have a traditional 3.5mm headphone jack.

Vivo Y19 price in India is expected to be around INR 17,990 for 6/128GB after it launches. When it comes to Nepal’s market, Vivo Y19 mobile price in Nepal could cost around Rs. 28,500 or above as per speculations. But there are several other phones in Nepal under Rs. 30,000 those worth the price. But we will have to wait and see for ourselves until the phone launches to be sure about these leaks and rumors.