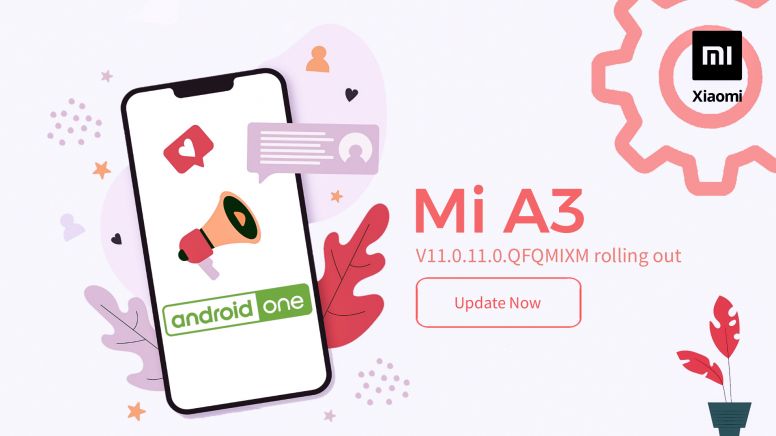 Mi A3, the third and recent Android One installment from Xiaomi, had owners disappointed over the delayed the promised prompt and regular Android updates. Moreover, the owners of the smartphone even had to start a petition to draw the company’s attention.

Following that, Xiaomi did push the update, twice. However, both the updates had tons of bugs, even bricked some devices, so the company had to pull back the OTA updates.

Rejoice, because Xiaomi is finally rolling the third and stable ROM update again to the Mi A3 users. The update is under V11.0.11.0 QFQMIXM version number and being pushed in batches to make sure that aren’t any bugs.  So, it might take some time before it hits your device. Moreover, you can ensure the update manually, check if the automatic updates are disabled under the system settings.

The latest update is 1.33GB in size and includes new features such as new gesture navigation, system-wide dark mode, and privacy controls, and more. Hopefully, the update is bug-free, or this might really drop the reliability for the Xiaomi Android One fans and owners.

We’re thrilled to announce that the Android 10 based new Global Stable ROM for Mi A3, V11.0.11.0 QFQMIXM is out now. It’ll be pushed out to the users via OTA, in batches!!