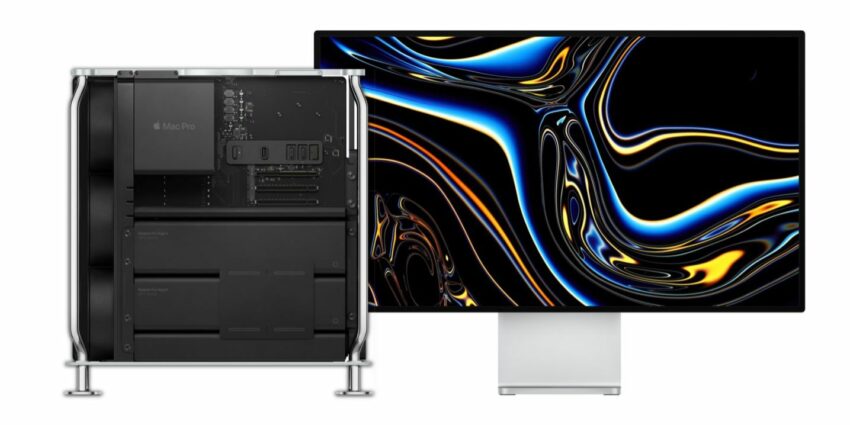 Apple unveiled the new Mac Pro 2019, the successor to Mac Pro 2013, at WWDC 2019 and is now officially available to buy for a price ranging from USD $5999 -$54,448. In fact, the new maxed-out Mac Pro is more expensive than Tesla’s Cybertruck which starts at $39,900. This hefty price tag for Mac Pro 2019’s most expensive configuration doesn’t include any of the other components such as a monitor with nano-textured glass, a Pro Stand, or a VESA mount adapter. If you want to buy all these along with maxed-out Mac Pro 2019, it will cost a total of USD $61,645. Yeah, that’s Apple for you. 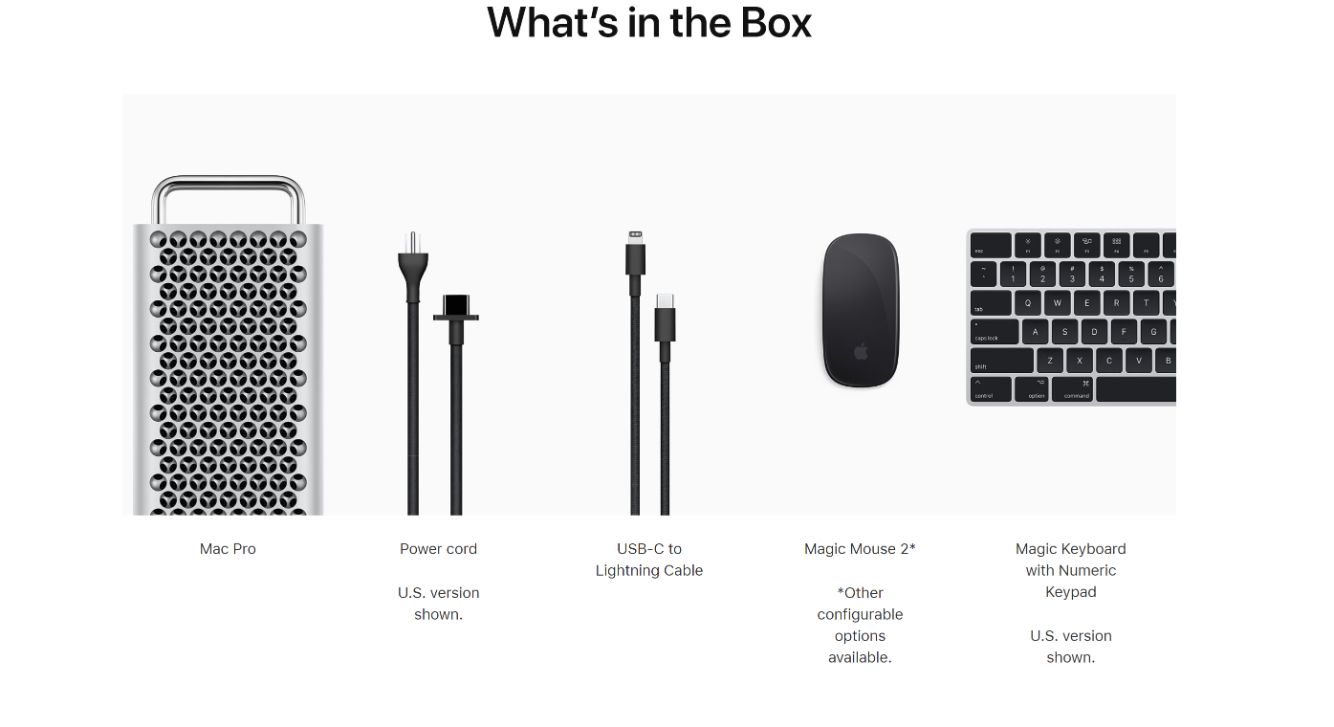 As we all know, this maxed out Mac Pro is aimed at the pro-market and surely only people who are known as pros or people who call themselves pro will buy it. Let’s talk about the reason why this Mac Pro has a price tag that waters everyone’s eyes.

The base model of the Mac Pro starts at $5,999 which features specs like 32GB RAM, octa-core Intel Xeon CPU, Radeon Pro 580X Graphics Card, and a 256GB SSD. While configuring these to its max-out limits we get a 2.5GHz Intel Xeon W with 28 cores processor which has Turbo boost up to 4.4GHz for $7,000 add-on, a Dual AMD Radeon Pro Vega II Duo Graphics card for $10,800, and recently made available 8TB SSD storage will bump extra $2,400.

Apple’s Afterburner accelerator card jumps another $2,000 to your bill, and as we are already maxing out the build, adding $400 wheels for the unit, $149 worth Magic Mouse with Trackpad and $499 of pre-installed Apple software (Final Cut Pro X and Logic Pro X) will drive a grand total of $54,447.98. 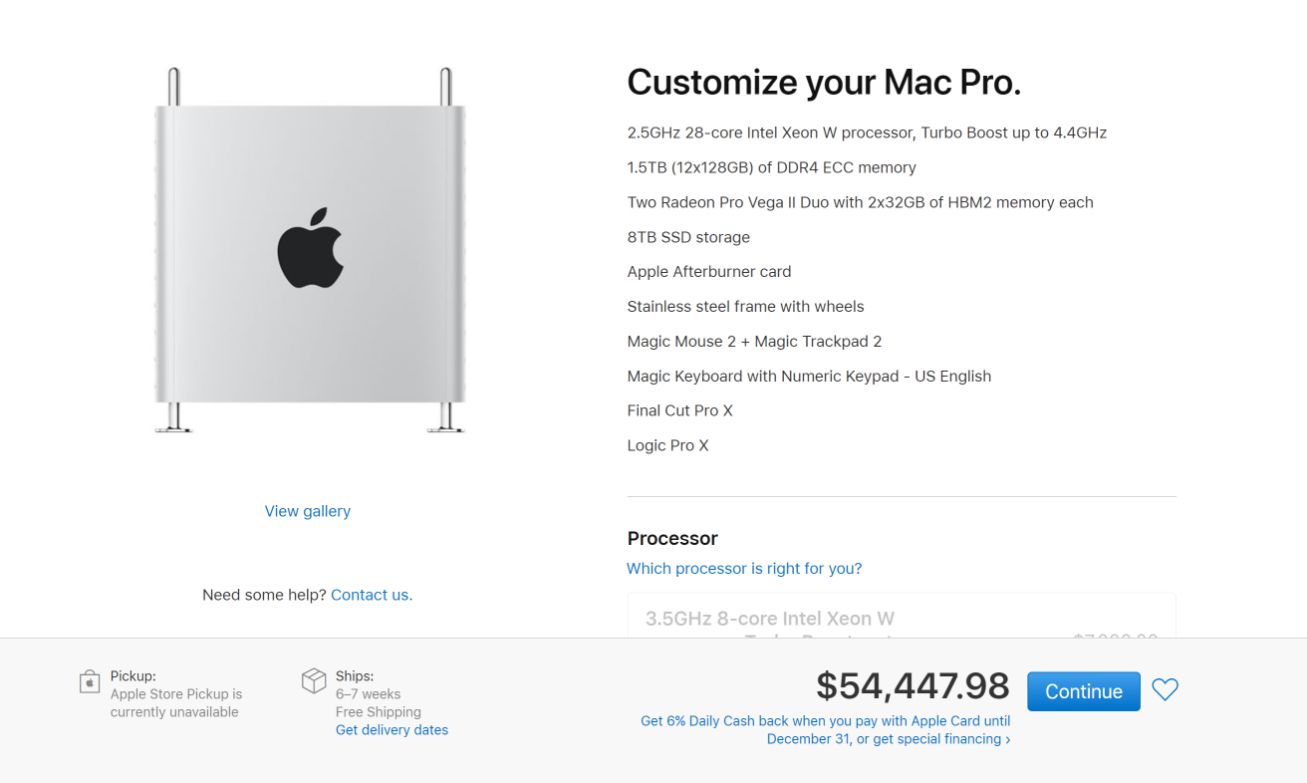 If you still want to throw some extra cash then you can spend it like a millionaire in Apple’s Pro display XDR monitors which starts at $4,999 and add another $1000 bucks for nano-texture glass option. That’s not it if you still have cash left than you can freely sacrifice it for the Pro Stand which costs $999 and a separate $200 for a VESA mount adapter to attach to the wall or separate stand.

After getting all the necessary accessories, the price of the Mac Pro hikes up to whopping $61,645. However, like a good samaritan, Apple does offer a generous 6% Daily Cash Back on Mac Pro 2019 if you pay with your Apple Card by December 31. This does save you $3,266.88. And if you order the Mac Pro now, depending on your region (in the US), Apple will get it delivered within 6-7 weeks. 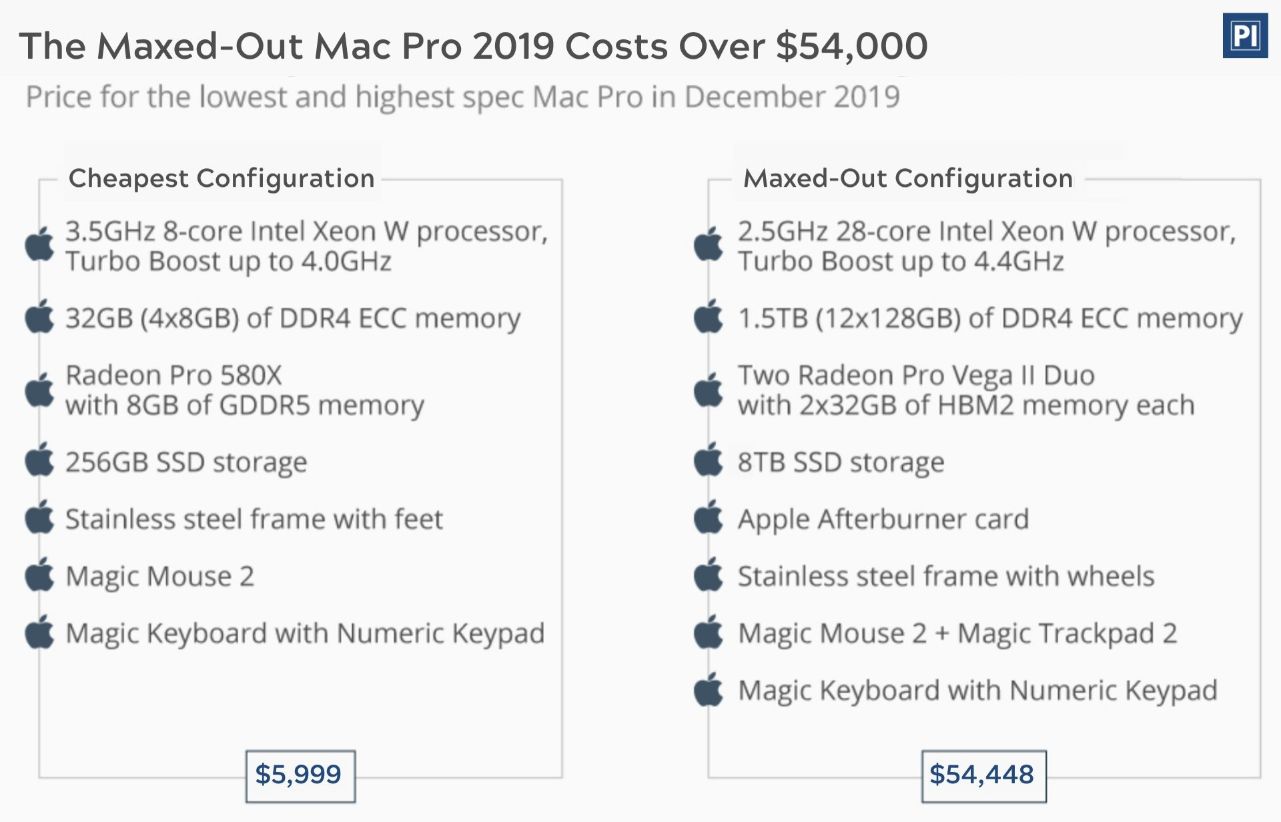 Apple also is planning to release a “Rack” version of the Mac Pro 2019 which comes with a rack format, unlike the currently available “Tower”. The design of the “Rack” version will be much more like a horizontal box, easy to set up. The rack version is designed to give more portability and yes there will be a much expensive price to pay for this portability.

The price of the base model is set to be USD $6,499 whereas the price of the tower-style Mac Pro is USD $5,999. For studios, companies or organizations that can afford it, this rack version Mac Pro will be the better option to go for rather than traditional tower style.