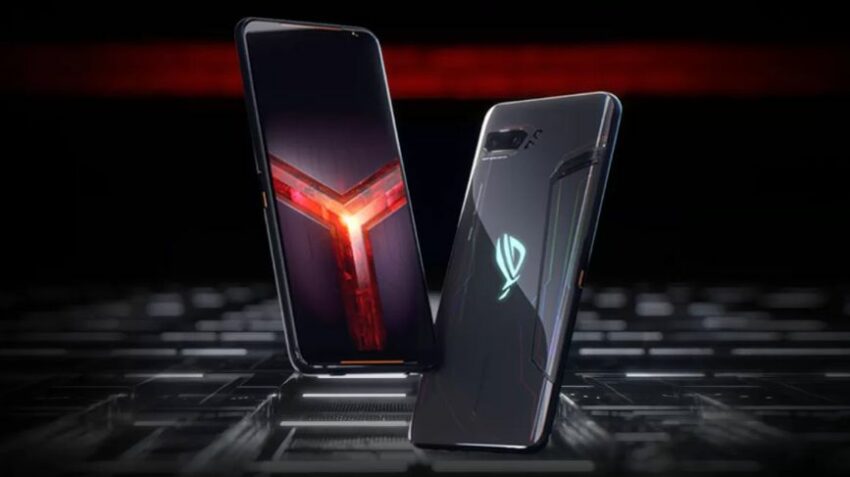 Asus has introduced one of the best gaming smartphones to date named “Asus ROG Phone II”. Asus launched this phone in July 2019 but was available in the market and stores from September 2019 and finally arrived in Nepal in November 2019. This phone is all about power, performance, and most importantly gaming. The Asus ROG Phone 2 was expected to be priced at around NPR 62,000 in Nepal, but it is priced way over what we speculated. The Asus ROG Phone 2 price in Nepal is 81,600 for an 8/128GB variant and available on Daraz only.

Asus ROG Phone II comes with a 6.59-inch 120Hz AMOLED display with a resolution of 1080x2340p. This display also has Gorilla Glass 6 protection, in-display fingerprint scanner and feels super smooth and has a rich contrast, is bright and vibrant.

The display is on its own level. This display houses no notch rather has relatively large bezels. This 120Hz AMOLED display gives the user a great performance whether when the user is gaming or doing tasks. The display is perfect for a gaming smartphone and Asus has done a really good job on this display.

Asus ROG Phone II offers a similar design to its predecessor but with few changes and alterations. It has very sharp angles and RGB lighting to make it look more aggressive. The way this phone is built is very impressive and solid.

The phones back have layered glass protection and also consist of an aluminum frame and the whole body is built from metal. The dual camera is placed at the backside and rests on the top left side of the phone aligned horizontally. The Type-C port, 3.5mm headphone jack, and volume rockers are also really well placed. Overall the design feels very aggressive and unique but not everyone would look at its design.

Coming to the camera, Asus ROG Phone isn’t anything about a camera like other devices but rather is a gaming smartphone and focuses on gaming and performance. Even though ROG Phone II comes with dual rear camera setup; 48MP, f/1.8 as main sensor and 13MP, f/2.4 as ultra-wide sensor supported by an LED flash. The ROG Phone II also performs really well when it comes to the camera.

Also, Do Read: Everything Google announced on “Made by Google” event on Oct 15, 2019

The shots that it produces are really dynamic and well processed. It can take really well good portrait shots and can perform well in extreme light conditions also. This setup can also record videos in 4k at 30/60fps, in 1080p at 30/60/240fps and 720p at 480fps. This phone also houses a 24MP, f/2.2 front camera for shooting selfies which can also record videos in 1080p at 30fps.

To deliver performance, ROG Phone II is equipped with Snapdragon 855+ chipset, Octa-core processor, Adreno 640 as GPU and 8GB of RAM up to 12GB of RAM. This all runs on Android 9.0 Pie skinned with ROG UI which Asus had designed especially for its ROG devices. Combining all these with 120Hz AMOLED display, DTS: X stereo speakers and all the gaming accessories from Asus gives a really great experience.

The performance is top-notch and doesn’t even heat, lag or slow down during heavy gaming. This phone also has X Mode which basically is a game-turning mode that helps to supply all the power of Snapdragon 855+ chipset and octa-core processor to the running game to give the highest level of performance it can provide.

This phone comes with 4 variants; 8GB/128GB, 12GB/256GB, 12GB/512GB and 12GB/1TB. This may be the craziest storage variant ever to exist in an android smartphone. Even the base model has a higher storage variant than most of the premium phones out there. Overall the performance of this phone is unbeatable and the storage potions are crazy.

Asus ROG Phone 2 is powered by a mammoth 6000mAh Li-Po battery which also supports 30W Fast Charging (Quick Charge 4) and also has an option of Power Bank/Reverse charging of 10W. This battery’s juice can easily last through a day and more, so there is nothing to worry about this phone battery’s juice.

Even if the battery gets drained out then its 30W fast charging can charge this mammoth battery from 0%-100% in just 105 minutes, which is really impressive. Even the battery performance is unbeatable.

As for connectivity, Asus ROG Phone 2 comes with a DTS: X stereo speakers with dedicated amplifiers, DTS Headphone X, Active noise cancellation with dedicated mics and all the common sensors.

Not just this but Asus also provides “Air triggers” in this phone which can be used as shoulder buttons during playing games in landscape mode. This phone has Type-C ports not just one but two. Another one is used for connecting the phone with several gaming accessories and fan attachment that Asus provides in this phone.

The available color options are Matte Black and Glossy Black. If Asus ROG Phone 2 sounds overpriced, there is another viable option in the Nepali market; Nubia Red Magic 3. The Nubia Red Magic 3 is available for NPR 59,999 for an 8/128GB variant.