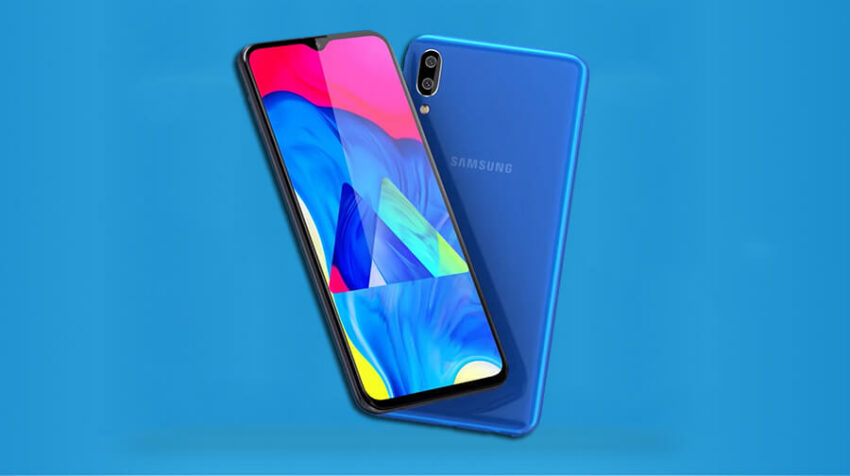 Among budget phones, Samsung Galaxy M10 is one of the phones that took the hype in the market along with its successors which were Galaxy M30 and M30s, Galaxy M20, and Galaxy M40. Samsung Galaxy M10 price in Nepal is Rs. 13,290 currently on online buying sites and also can be found in Samsung stores near you.

Samsung Galaxy M10 comes with a 6.22 PLS TFT display with a resolution of 720x1520p resolution. This display isn’t a Full HD display and holds a water-drop notch that Samsung calls infinity-V display. The display also has a Glass layer protection. The display isn’t Full HD display doesn’t mean it does a bad job, the display of Galaxy M10 does a good job and gives a decent experience while watching videos, movies, gaming and doing graphics work.

Coming to the design, the design of the Galaxy M10 is good for the price. The bezels aren’t that much thick but are rather thinner than expected. At the back, we can see a glossy shiny finish. The phone will be plastic built and doesn’t feel much solid. We can see the company logo at the middle and dual rear camera setup aligned vertically supported by an LED flash at the top left corner of the phone. At the right edge, we can find volume rockers and power button, whereas micro USB 2.0 port and 3.5mm headphone jack at the bottom edge.

Samsung M10 offers a dual rear camera setup; 13MP main camera sensor and 5MP ultra-wide-angle supported by an LED flash. The camera performance is very average and seems very fair to the price it comes in. The wide-angle shots aren’t great whereas normal standard shots are quite decent. This setup can also record videos in 1080p at 30fps.

Coming to the front camera department, Galaxy M10 sports a 5MP front camera sensor which does an average job on snapping selfies. The photos aren’t that great and aren’t very bad as well. This camera can also record videos in 1080p at 30fps.

To deliver performance, Galaxy M10 is equipped with Exynos 7870 Octa chipset, 1.6GHz Octa-core processor, Mali-T830 MP1 as GPU and 2GB of RAM up to 3GB of RAM which all runs on Android 8.1 Oreo skinned with OneUI and can be upgradable to Android 9.0 Pie. Tasks like gaming and high graphics work can’t be done in this phone smoothly because it delivers a mid-range performance. Galaxy M10 comes in two storage variants; 2GB/16GB and 3GB/32GB which a be extended up to 1TB via microSD card.

Samsung Galaxy M10 packs an Li-ion 3400mAh battery which is a mid-range battery. This battery does not support any fast charging or whatsoever. Users may struggle with battery juice but in normal use, users won’t have to worry because it can provide enough juice in normal usage.

As for connectivity, Galaxy M10 comes with all the necessary and common sensors found and used in a smartphone in addition to the microSD card slot, traditional 3.5mm headphone jack, Active noise cancellation with dedicated mic and MicroUSB 2.0.

Samsung Galaxy M10 price in Nepal is Rs. 13,290 currently on online buying sites and also can be found in Samsung stores near you. Only a 2GB/16GB variant is available in Nepal’s market. The color option that can be found are Ocean Blue and Charcoal Black.