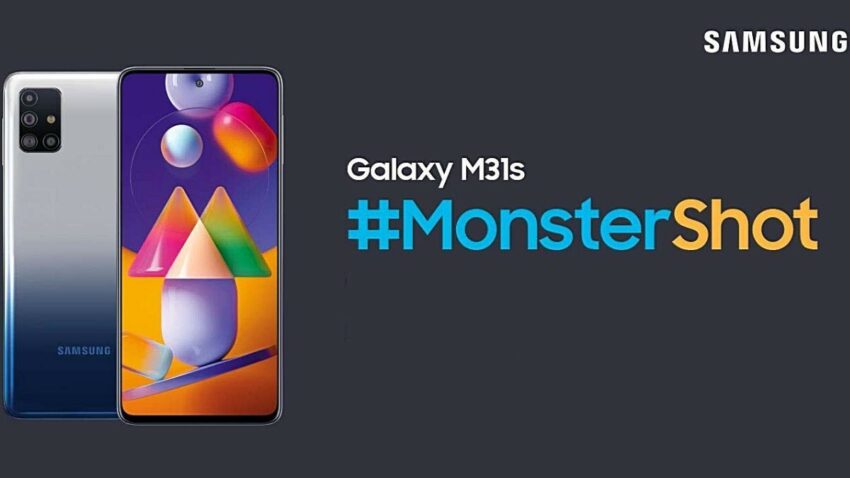 Samsung has been playing along with the mid-range smartphone game with its competitors. But the competition within the mid-range device is getting tough even for the top brands. With the release of Galaxy M31, Samsung was able to grasp a decent number of audiences. Now Samsung is all set to release the latest addition in the Galaxy M series, Galaxy M31s. As we know the Galaxy A-series and the M-series are mid-range devices. From the M-series, we have Galaxy M10, M20, M30s, and M40 available in Nepal for purchase. Everything a mid-ranger would look for is packed in the Galaxy M-series. The Samsung Galaxy M31s price in Nepal is expected to be Rs 35,000.

Galaxy M31s houses a 6.5-inch Super AMOLED with 1080 x 2340 pixels. There’s a centered punch-hole cutout on the top with a slightly visible chin on the bottom. For the protection, there’s Gorilla Glass. Talking about the device aesthetics the power button and the volume rocker both are placed on the right edge of the device. There’s a rear-mounted fingerprint sensor as well. Good news for all 3.5mm headphone jack lovers as M31s has one. Except for the notch, most of the display features are similar to that of M31.

For a mid-range device, Galaxy M31s packs an impressive set of camera lenses both on selfie and rear. For the selfie camera, we have a 32MP lens. The centered punch-hole cutout confines the selfie lens. With the selfie lens, you can shoot videos 1080p@30fps, HDR. 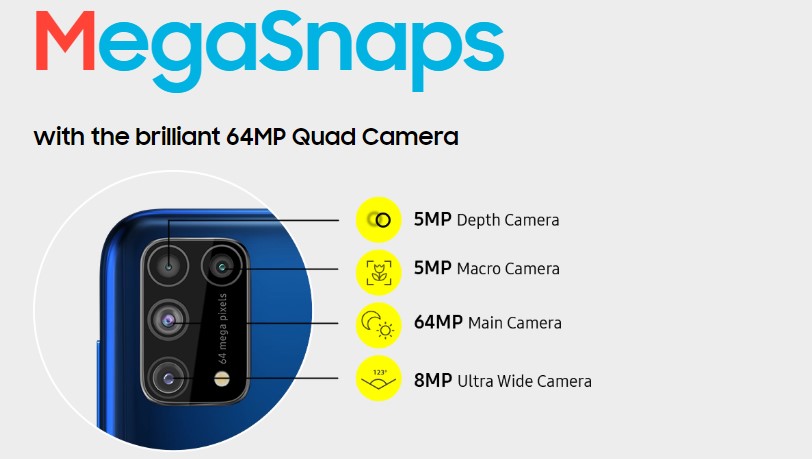 The Samsung Galaxy M31s is powered by Exynos 9 as a chipset. For the GPU we have Mali-G72 MP3. This device runs on Android 10.0 alongside One UI 2.0. For the memory, we have 6GB of RAM coupled with 128GB internal storage. The internal storage is expandable with microSDCX up to 512GB. Monstrous 6000mAh battery fuels Galaxy M31s. Not only that, but it also supports 25-watt fast charging. For the charging port, we have the standard USB Type-C. Other features like accelerometer, gyro, proximity, compass, and many more are on M31s.

Samsung Galaxy M31s is set to release on July 30, 2020. The 6.5-inch Super AMOLED, 64MP rear quad camera setup, 6000mAh battery, 25-watt fast charging all are packed under the hood of M31s. There’s no denying that for a mid-range device, Galaxy M31 looks stunning. There are changes in the camera department, display, and fast charging to that of its predecessor Galaxy M31s.