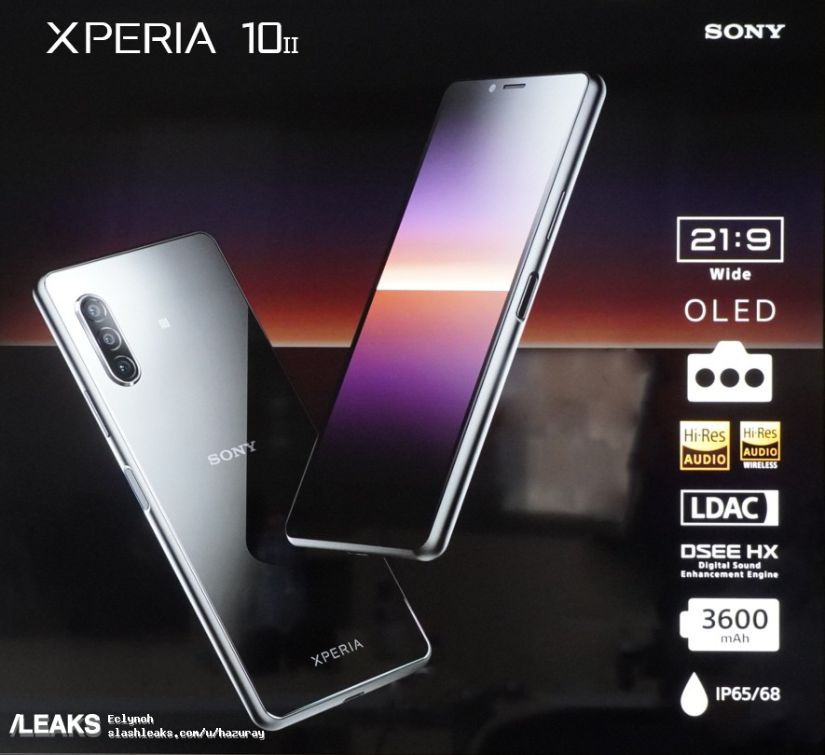 Sony is one of the oldest horses in the race of electronics. This company is pushing itself to regain its position in the smartphone market. It seems Sony is slowly adapting to the new era of smartphones and is all ready to compete against Samsung, OnePlus, Apple, Xiaomi and many more. Previously, there are leaks and rumor regarding Sony Xperia 5 Plus. The Xperia 5 Plus looked amazing and we all have been waiting for the official announced of the device. Now there’s another device from Sony that has been surfacing on the Internet. There’s a leaked image of Sony’s other possible flagship, Sony Xperia 10 II.

As per the leaked images, Sony Xperia 10 II will house an OLED bezel-less display with the hole-punch selfie camera setup. It will have a ratio of 21:9. On the right edge of the device, there will be a fingerprint sensor. Above the fingerprint sensor, volume rockers will be placed. On the backside of the device, there will be a triple rear camera setup. The rear camera lenses will be aligned vertically on the top-right corner.

It looks Xperia 10 II will have glass on the back. There will be standard USB Type-C charging port placed on the bottom. One thing we can expect from Sony is the quality of the camera setup. For the audio, Xperia 10 II will have a digital sound enhancement engine. This device will be powered by a 3600mAh battery. It will be IP65/68 certified as well.

The Sony Xperia 10 II looks promising. We cannot wait for the official announcement of this device. Plus more excited to see what this device will pack under its hood. Sony is all set to up-bring their game in 2020. It will be interesting to see what more this company has in store for us.