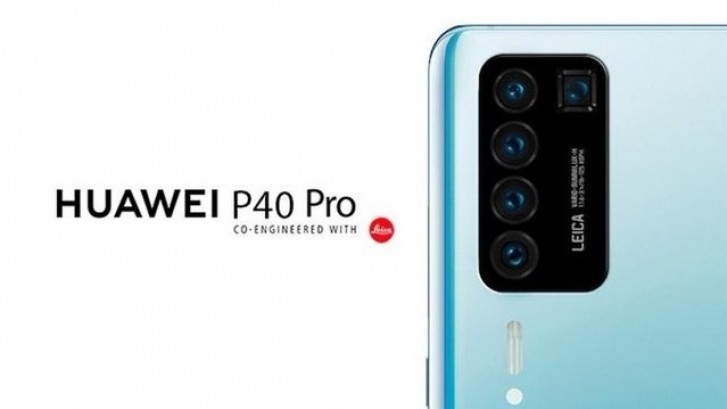 Huawei has been competing with the like of Samsung and Apple in the smartphone department for years now. The company has also been recognized as one of the most leading smartphone companies over the years now. The flagship phone from the company Mate 30 Pro also made quite good impressions in the market. Huawei is set to launch its new P40 series of phones which is expected to launch in March 2020 at an event in Paris and will be successors to last year’s P30 series. Just like every other smartphone, P40 Pro’s images have been rendered which shows us many details.

P40 Pro looks like quite a phone, we can see a pretty flat display with nice curved edges. The device seems pretty bezeless at the sides but has noticeable bezels at the top and bottom edges. At the right, there is a dedicated button which means volume rockers are surely placed at the right edge. There’s a Redmi K30 pill like hole-punch at the top left corner of the phone which houses dual front camera setup.

At the rear panel, we can see gradient glossy and shiny finish which looks really beautiful. A rectangular-shaped camera module placed vertically can be seen and just below it, Dual LED flash is placed. Inside the camera module, there is a Penta rear camera setup, 4 aligned vertically and one at the side at the top of the LEICA logo which is also placed inside the module. The information on the sensors used in this hasn’t been leaked yet but it is likely to be the main sensor, an ultra-wide sensor, a 10x optical zoom periscope sensor, and two sensors could be 3D time for flight sensor (ToF).

It is also rumored that P40 will be equipped with Kirin 990 chipset and the latest Android 10.0 software. The sad news is, it won’t have any Google Play Services. As for the P40 non-Pro model, the design will be the same but there will little tone down tweak in chipset and RAM along with triple-rear camera setup instead of Penta-rear camera setup.