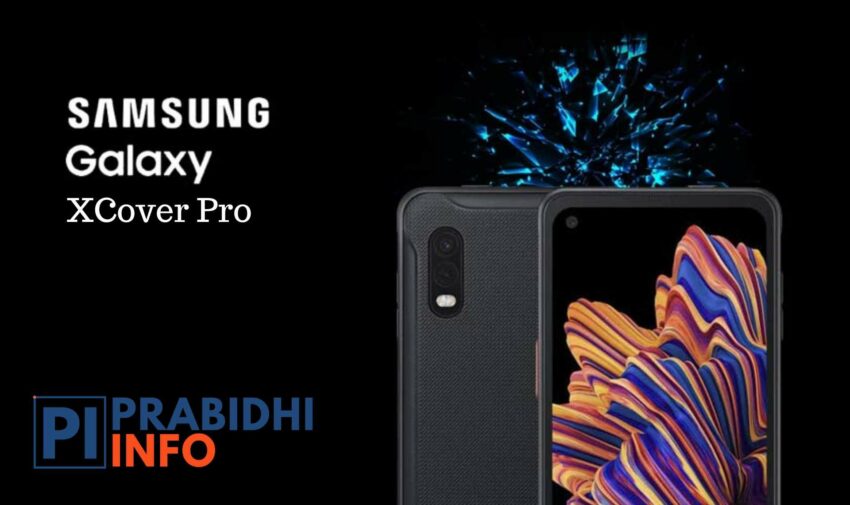 Nowadays there are plenty of smartphones with plenty of features, you name the feature it’s there. Not just features but even every hardware’s are there with different functionalities. These smartphones can literally do anything nowadays but these smartphones can’t work on extreme altitude, humidity or another extreme environment. That’s why trekkers, mountaineers, and people who deal with these extreme environments usually use phones like Nokia 150 and other classic keypad phones. To tackle this problem, rugged smartphones have been introduced lately by many companies and Samsung is joining them by announcing Samsung Galaxy XCover Pro on Jan 2020 and could be released on Jan 31, 2020. Its price is expected to be 500 Euro which means Samsung Galaxy XCover Pro price in Nepal could be around Rs. 65,000 as per our speculations.

Samsung Galaxy XCover pro comes with 6.3-inch IPS LCD FHD+ display with a resolution of 1080x2400p. This display is also house to a punch-hole where the front camera of this phone rests (just like M40). The bezel is pretty thick around the display. This display features enhanced touchscreen capability and can simply work on the harsh environment whether its rain, snow or anything else. There is also Gloves Mode in this device which lets you touch and use the display even when you’re wearing gloves.

Expect volume rockers and a power button this phone also sports two programmable keys that can perform your custom-made actions in one click. At the back, we can see dual rear setup at the top left corner phone supported by a Dual-LED flash. There is also a company logo placed at the bottom middle of the phone. The phone feels pretty solid and very rugged yet the material used to build its body hasn’t been revealed by the company yet.

The phone also has IP68 dust/water-resistant, even without a case it supports Drop-to-concrete resistance up to 1.5m and is also MIL-STD 810 certified which means it can survive and thrive in extreme conditions and extreme environmental conditions with ease and no difficulty.

Nowadays every phone’s highlight is either its camera or something else but cameras aren’t the highlights here in this phone. However, it features dual-rear camera setup; 25MP main sensor + 8MP ultra-wide sensor along with dual-LED flash which will let you snap quite good images of what you want to capture. This setup also lets you record videos in 1080p at 30fps.

As for the front camera, the phone sports 13MP sensor can snap really good selfies. This setup can record videos in 1080p at 30fps just like its dual rear camera setup. Even it’s a rugged phone the use camera sensor is pretty good in this device.

Samsung Galaxy XCover Pro rocks Exynos 9611 (same as A51) chipset, 2GHz Octa-core processor and Mali-G72 as GPU and 4GB RAM which all run on latest Android 10.0 skinned with OneUI 2.0. This phone also offers 64GB internal storage with support to expansion via microSD card.

Push-to-talk feature is also integrated into this phone which can enable instant communications.

Samsung is planning to release this super rugged phone into markets on January 31, 2020, but they also may not. Anyways this phone will be released sooner or later because it has already been announced and after it launches its price is speculated to be around 500 Euros which means Samsung Galaxy XCover Pro price in Nepal could be around Rs. 65,000 as per our speculations. The phone comes in only one storage variant and only one color ‘Black’.